LOS ANGELES—Regular readers know that I’m often on the road looking for money-making opportunities in the stock market.

But today, we’re going to talk about something different: collectibles. Now, we don’t talk about them too often in the Daily… But they’re part of a very interesting—and profitable—asset class.

At PBRG, we recommend you set aside about 5% of your portfolio to chaos hedges—which include gold, precious metals, and high-value collectibles (such as vintage cars, art, coins, and stamps).

We like the chaos-hedge asset class because it acts as disaster insurance. That could be anything from an implosion of the world’s financial system or a stock market nosedive… to your bank going under or even a personal lawsuit against you.

Like gold, collectibles are tangible assets that store wealth. But they can be profitable, too… Over the past 50 years, the asset class has returned about the same amount as the S&P 500—with much less volatility.

And it’s possible to create a multimillion-dollar collection (something PBRG co-founder Mark Ford has done). However, most people don’t know how to get started.

So today, I’ll show you three simple steps you can take to start collecting rare coins. But first…

The Most Interesting Man in the World

If there was a contest for the most interesting man in the world, Van Simmons would definitely be in the running…

Van is the president of David Hall Rare Coins in Newport Beach, California. In 1985, he co-founded the Professional Coin Grading Service (PCGS) with David Hall, which revolutionized the coin business. Together, they have over 70 years of experience in the industry.

And Van not only has a knack for storytelling… he also seems to remember everything. That makes him a great collectibles dealer; he knows the history behind every item he sells.

His collectibles client list includes the rich and famous. In fact, he’s friends with PBRG’s very own Teeka Tiwari. Once, Van even offered Teeka a chance to drive his vintage Porsche 911 GT3. Teeka declined because he didn’t want to damage the rare vehicle.

(Here’s the story from Teeka: “Van’s car was crazy-fast—the acceleration curve is nuts. It had been a long time since I’d driven a high-powered sportscar, so I was really nervous about accidentally damaging his car. That’s why I had him drive me instead.

“But I loved it so much that two months later, I bought my own silver GT3. And shortly after, I upgraded to a purple GT3 RS.”)

Now, when I visited Van’s office, we talked about artwork, vintage Wild West guns, Indian peace medals, switchblades, watches, music records, baseball cards, and classic cars. He had a story behind every single one of the items he showed me.

I wasn’t there just to hear old stories, though. I wanted to learn how to invest in rare coins. But before I get to the coins, let me tell you how to start your own collection—whether it’s in fine art, wines, or baseball cards.

How to Start Your Own Collection

Van got me all jazzed up… I was ready to start collecting everything.

But most people who buy collectibles waste their money. That’s because they don’t buy for the right reasons—and don’t know how to invest the right way.

I had no idea how to begin collecting myself. So I asked Van where to start. Here’s what he told me:

Just start with what you find most interesting. Because if you like it, chances are others probably will, too. And that’ll help you be more successful. If your goal is to make money, find something with worldwide appeal… That way, your pool of buyers is larger.

And if you’re a beginner, here are three simple steps Van says you can take:

After seeing all of Van’s cool collections, I was most interested in his rare coins. I’ve collected coins since I was a kid. When I was a youngster, my dad even gave me a couple of folders to collect quarters—and I still have them.

Plus, Van says now is the best time to begin collecting rare coins…

If you want to start a coin collection, Van recommends these for beginners:

Today, these coins are worth hundreds—and in some cases, thousands—of dollars. Any coin dealer would be happy to see someone walk into his shop with them.

And there are two other areas of the market Van feels are undervalued. The first are 19th-century rare coins like the ones pictured below… 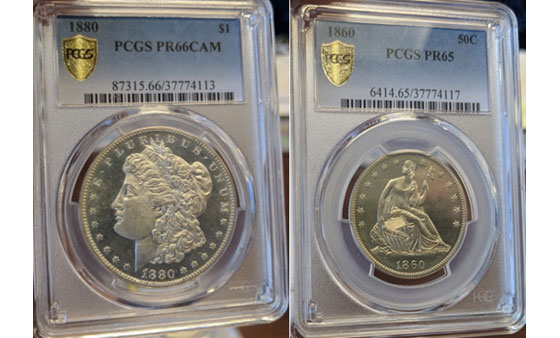 He also likes extra fine $20 gold coins, such as Liberty Double Eagles (1849–1907) and St. Gaudens Double Eagles (1907–1933). Van says these coins are currently selling at only 4% above the spot price of gold—which is close to the lowest premium he’s ever seen.

At one time, they traded at more than 50% over the spot price. So even if the price of gold goes nowhere, holders of these coins could profit if that premium just widens back to where it once was.

If you’re looking for a way to diversify your assets, consider adding some gold coins to your portfolio today. Van expects them to appreciate over the years. And even if they don’t, they’re a great way to preserve your wealth.

P.S. Will you be starting your own rare coin collection soon like I am? Or perhaps you’re interested in fine art, wines, or other collectibles. Let us know what you’re eyeing right here.

In today’s mailbag, a reader weighs in on America’s tilt to socialism…

From Ali R.: In its proper sense, socialism is not wrong. It’s only bad if it becomes communism. There’s nothing wrong or cunning about spreading your excess with your fellow countrymen. On the contrary, not sharing with your countrymen is selfish and harmful to the whole society. It’s greedy and vulturous!

And another shares praise for PBRG guru Teeka Tiwari…

From Jill C.: Hello, I love my PBRG lifetime subscription. There’s so much valuable information that you provide. So I wanted to thank you for all that you do, and let you know that my favorite rock star is Teeka!

Also, I’m delighted to have your “magic number” calculator. I shared it with my three grown kids—because it’s never too soon to start thinking about retirement.

Do you have questions or comments for our editors? Send them to us right here.

And with his unmatched knack for picking winning tech investments, it pays to listen to him. After all, he successfully identified the No. 1 stock in the S&P 500 in both 2016 and 2018. (The latter has handed his readers 160%-plus gains so far.)

Now, he’s pulled back the curtains on a new idea—one that’s earned him a reputation of being brash and even egocentric. And to find out all the details on it, just check out his latest presentation right here… 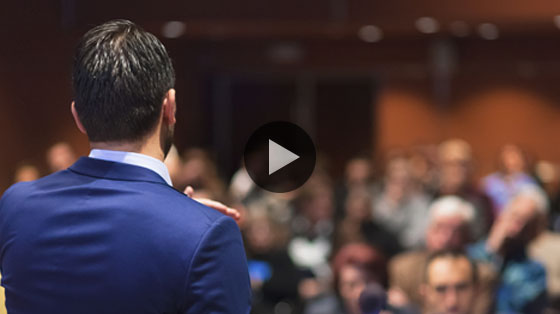