On June 29, 1956, President Eisenhower signed what had been the biggest infrastructure bill at that time.

There were no photographers to record the day. No ceremony to honor it.

That’s because the president signed the Federal-Aid Highway Act of 1956 from his hospital bed at the Walter Reed Army Medical Center… where he had undergone surgery.

The act created thousands of construction jobs and stimulated new businesses along the interstate system. Some of the biggest winners from the interstate boom were automakers, oil producers, and steel companies.

Today, the U.S. interstate system connects the largest economy in the world… and moves 16 billion tons of freight—worth $15 trillion.

Tomorrow, a federal agency will hold an unceremonious vote that could unleash the largest infrastructure boom of our time—nearly a half-trillion in spending.

If this order passes, it will add $500 billion to annual GDP, create up to three million new jobs, and cement America’s leadership in an emerging technology.

I’d wager 99% of Americans don’t even know this vote is going down. And you won’t hear much about it in the mainstream press, either. But it could be one of the biggest money-making opportunities we’ve seen in decades.

In today’s essay, I’ll tell you what this vote is all about… and how you can position your portfolio to benefit from it before the rest of the public catches on.

More on the details in a moment. For now, just know this…

Let me back up and explain how we got to 5G…

You see, wireless technology encompasses all devices and equipment that allows you to transmit data over air rather than wires.

The first generation of wireless technology began in the early 1990s with old cell phone handsets. We moved to 2G technology in the early 2000s with the advent of text messaging. And we advanced to 3G with the rise of internet browsing on smartphones.

If you own a smartphone today, then you’re probably already familiar with 4G technology. It allows for high-speed data downloads and high-quality streaming (like HD movies).

But with the world moving to the Internet of Things (in which nearly every device you can imagine connects to the internet, including cars, home appliances, and electronic devices), 4G technology is reaching its capacity.

That’s where 5G technology comes in.

It’s 1,000 times faster than 4G. For example, an HD movie that takes an hour to download with 4G technology will download in seconds with 5G technology.

5G data transmissions run on a different radio spectrum than 4G. So we need an entirely new network infrastructure to transmit data across 5G wireless technology.

That means new cell towers, new routers, and new fiber optics lines… But there’s been a major roadblock to this buildout: local regulations.

That’s where tomorrow’s vote comes in…

According to the FCC, local regulations cause significant delays for cell tower buildouts. In fact, about 30% of the cost of deploying each tower comes from municipal reviews.

If passed, the new order will streamline this process. FCC member Brendan Carr predicts it will save at least $2 billion in the rollout process.

Normally I’m skeptical when the feds involve themselves in local issues. It usually means more red tape and bureaucracy to muddle through.

But this time, it looks like the FCC will make it easier—and cheaper—for companies to lay the foundation for 5G technology.

Among other things, the FCC order would:

These new rules will speed up the 5G process. And that’s good news for investors.

How to Play This Trend

If you’re looking to get in on this huge new trend, consider some of the sectors and companies that made big profits from the last generation (4G) buildout.

One example is cell phone tower companies, such as American Tower (AMT), which ran up nearly 160% during the 4G boom.

But AMT is a $65 billion company now. It will continue to make steady, consistent gains… but not the quick, high-double-digit returns that some smaller companies will see from the 5G rollout.

If you want to make life-changing gains from the 5G trend, I suggest you follow my colleague Jeff Brown, editor of Exponential Tech Investor.

Jeff is one of the best tech analysts I know—and when he talks, it pays to listen. In his Exponential Tech portfolio, he has 17 open positions—and the average stock is up 81%.

Jeff believes 5G will be the biggest U.S. infrastructure buildout since the national highway program… And tomorrow night at 8 p.m. ET, he’ll show you his blueprint for making a fortune from these small tech stocks.

In this one-time event, Jeff will also share the names of four companies on his watchlist—free, just for attending.

You can reserve your seat for this free event by clicking here.

Have you seen this urgent tech alert from PBRG friend Jeff Brown?

Jeff says that on November 14, he believes over 100 tiny tech stocks will start to soar over 100%… and a strange new device will power it.

Tomorrow at 8 p.m. ET, Jeff will discuss the details of this trend during a free webinar. And as a special bonus for attending, he’ll name four stocks on his watchlist.

Jeff is extending this special invitation to all Daily readers. We encourage you to reserve your spot for this one-time event right here… 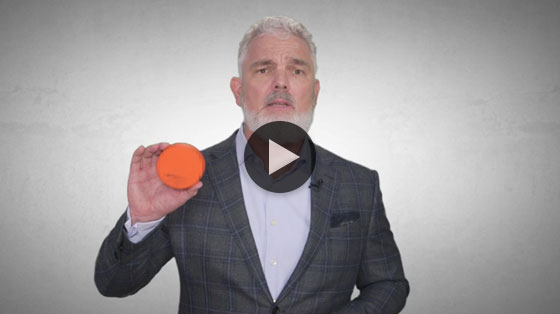