My Wall Street career spanned three separate decades – from the tail end of the go-go 1980s… to the tech boom of the ’90s… and through the dot-com meltdown of the early 2000s.

Along the way, I learned many of the secrets to making large amounts of money.

I came to find out: The only reason it focused on these two asset classes was because it could easily charge fees on these products.

Traditionally, Wall Street recommends investors put 60% of their investable wealth in stocks… and the other 40% in bonds. It’s called the 60/40 model.

But at PBRG, we’re not bound to big brokerage houses and investment banks. And we never receive compensation for anything we recommend.

So we couldn’t care less about what the investment pays its promoters. We only care about what it could pay our subscribers.

Not being bound to hidden interests gives us tremendous freedom to pursue our own independent research to find ideas outside the mainstream.

And one of the most important ideas I can share with you is asset allocation.

I get it… Asset allocation isn’t the most exciting topic to write about. It’s not sexy like cryptos, private placements, or cannabis stocks.

Despite those results, for the first time since 2011, I’m overhauling our PBRG asset allocation model. Today, I’ll tell you why…

The Old Model Is Outdated

The 60/40 model has been around forever. 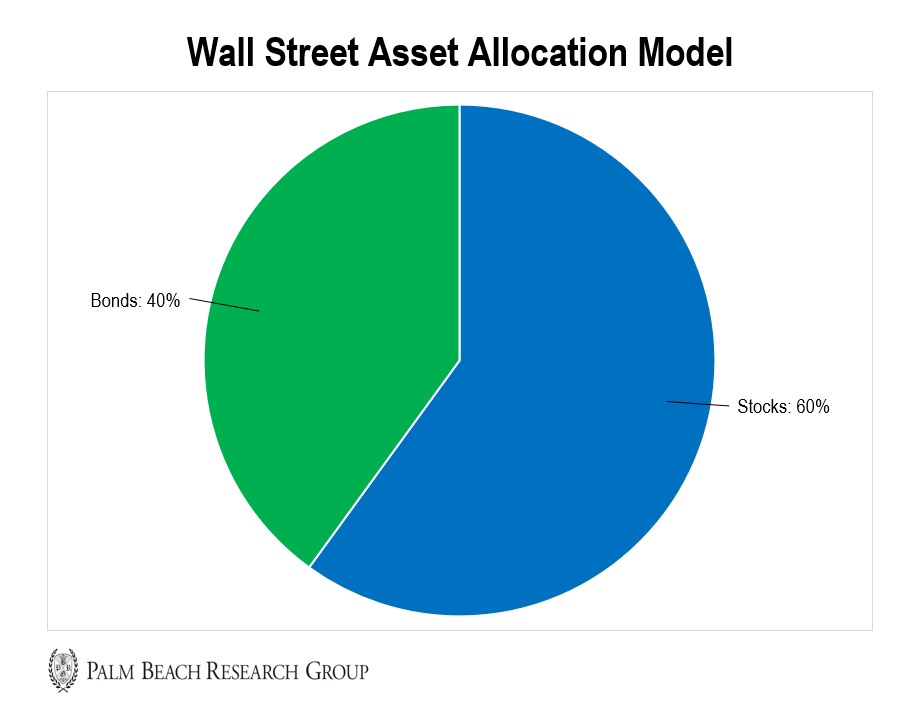 Wall Street designed this model for senior investors with sizable nest eggs. And it’s done its job. Over the past decade, it’s done exceptionally well.

So a buy-and-hold investor in a 60/40 model averaged over a 10% return this past decade. That’s well above the long-term average of around 7%.

But that’s all in the rear-view mirror now. And the future is suspect…

You see, Bank of America recently published a research paper titled, “The End of 60/40.”

Not only did it forecast low future returns for stocks and bonds, it also said the historical role bonds have played as a hedge for stocks is ending.

Morgan Stanley expects traditional 60/40 portfolios to post gains of only 2.8% per year over the next 10 years. This would mark the lowest 10-year return for such a portfolio in nearly a century.

Now, I believe the stock market will continue to move higher in the 2020s. And who knows? Maybe bond yields go negative and the prices skyrocket from here.

The point is, I’ve discovered a way to make more money for my subscribers by using a new asset allocation model… while taking less risk.

I want to make sure we’re in a position to win – whether stock and bond prices zoom higher or just bump along.

A New Model for a New Decade

I believe the most important part of building wealth is how your investments fit together into one holistic portfolio.

Various studies show that over 90% of a portfolio’s long-term returns are driven by asset allocation.

That’s how we crushed the market over the past decade with much less volatility.

But as we move into the new decade, it’s time for a change. So I had my team come up with a new asset allocation model.

We spent the last quarter researching each of our asset classes. We went over every position in our portfolio.

In addition, we studied the return forecasts from dozens of major financial firms.

We did all this to create a new model we believe will outperform the market over the next decade – just like we did this past decade. 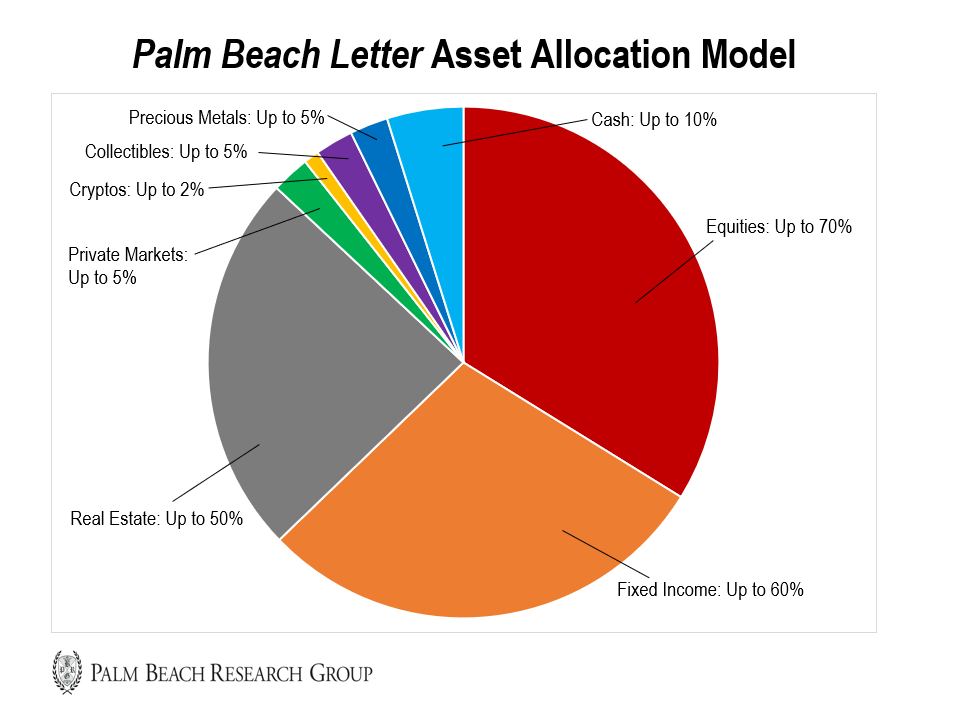 (Note: You’ll notice our suggested allocation sizes don’t add up neatly to 100%. Each individual is unique. So we don’t recommend one-size-fits-all allocations.)

As you can see, our model consists of the following eight asset classes:

If you’re a longtime subscriber, you’ll notice we’ve revised our framework. We simplified our asset classes. And our recommendations fit cleanly into our newly named categories.

You won’t find this level of diversification in any other newsletter in America. And it’s why we’ll continue to beat the market in the future…

Preparing for the Future

Look, we’re in the longest bull market in U.S. history.

It’s obviously an extended run. And plenty of naysayers are still predicting a crash. (They’ve been predicting one since 2010). But that doesn’t matter.

You see, diversification will generate long-term outperformance and shield your portfolio – even during tough times.

If you’re a longtime subscriber or new to PBRG, I urge you to study our new asset allocation model. If you follow it, you’ll be prepared for wherever the market goes next.

P.S. Because of my track record, I’ve been called America’s No. 1 investor. And as I mentioned above, my success is due to proper asset allocation.

Today, I’m going to put my track record and reputation on the line and reveal what I believe will be the top-performing investment of the decade.

I love this idea because it crosses asset classes. In fact, I’m so convinced of this idea’s potential, I firmly believe it’ll be the single-best place to grow your money in the next 10 years.

It’s a groundbreaking technology that’ll disrupt numerous industries – from healthcare to national security. And you can get the inside scoop right here…