Nick’s Note: Marijuana is one of the fastest-growing industries in the country. But many Americans shy away from investing in the cannabis industry because it’s controversial. That’s why I reached out to my colleague and friend, Casey Research analyst Justin Spittler.

Justin recently attended the 4th Annual Cannabis Business Summit & Expo in Oakland, California. I believe what Justin heard at the conference will help you make a more informed decision about the merits of marijuana investing…

What the hell do I wear to this thing?

Do I wear my suit? Or should I buy a tie-dye shirt?

A week ago, I was asking myself these questions while staring at an empty suitcase. My flight was taking off in just a few hours.

I was headed to Oakland, California, to attend the 4th Annual Cannabis Business Summit & Expo.

That’s right. I flew over 2,500 miles to learn about the marijuana industry.

Simple—the legal marijuana business is booming. And it’s presenting the opportunity of a lifetime.

Last year, the industry grew 34%. That’s over 10 times the growth of the U.S. economy in 2016. Marijuana millionaires are now being minted across the country.

But you don’t have to work in the industry to make a fortune off this trend. Everyday investors can cash in on this boom, too.

I’ll show you how to do that at the end of today’s essay. But let me first tell you about my recent field trip…

I got there just in time to catch Game 5 of the NBA Finals.

But unlike most people in the Bay Area, I didn’t celebrate the Warriors’ NBA championship that night. Instead, I went to bed early. I had a big day ahead of me.

The next morning, I put on my suit (I decided to play it safe), grabbed a stack of business cards, and took an Uber across town.

I arrived at the convention center around 9 a.m. The place was packed to the brim.

I saw other men in suits… a lady with purple hair… and several guys with dreadlocks.

It was an eclectic bunch, to say the least. But make no mistake…

The first guy I met worked for a heating, ventilation, and air conditioning (HVAC) company based in California.

His business had already set up HVAC systems in four marijuana-growing operations. But his boss wanted to do many more deals like this. So, like me, he went to Oakland to learn as much about the industry as possible.

After chatting for a bit, we exchanged business cards. I made my way to the convention floor next.

There, I met a man from Las Vegas selling marijuana-infused teas and coffees.

Later, I spoke with a salesman for a security systems provider. His company was selling everything from infrared cameras to robots that patrol large marijuana farms.

There were also companies selling industrial-grade lights, irrigation systems, and organic soils. There were analytics providers, software firms, and distributors. There were even lawyers and accountants offering their services to the industry.

In short, there were all sorts of people and companies at this convention. But they all had one thing in common…

Many of them will, too.

Again, that’s because the marijuana industry is red hot.

If you’ve been reading the Dispatch, you already know this. I’ve been covering the opportunity in marijuana stocks for months.

It’s already a $7 billion industry. By 2021, the industry is projected to be worth nearly $23 billion.

In other words, it’s on pace to more than triple in size over the next four years. That’s a staggering growth rate. But even that might be lowballing the industry’s potential.

In fact, one “potrepreneur” at the conference told me he thinks the marijuana industry will soon be worth $100 billion.

That’s a bold call. But this guy knew his stuff.

He studied finance at the Wharton School of the University of Pennsylvania. He was an analyst for McKinsey & Company. He worked on mergers and acquisitions for Deutsche Bank in London. And most recently, he served as the VP of corporate strategy for a major U.S. real estate company.

In other words, the guy was no slouch. More importantly, he could work in just about any industry. Yet he wanted to conquer the marijuana market.

This industry is no longer just for stoners. The “smart money” wants a piece of the action, too.

That’s because marijuana is still illegal at the federal level.

I’ve said that the U.S. can’t win this War on Drugs. It should have never entered this conflict in the first place. Casey Research founder Doug Casey agrees, saying this war itself is criminal, completely insane, and totally counterproductive.

Right now, the Drug Enforcement Administration (DEA) classifies marijuana as a Schedule I drug. They consider it more dangerous than cocaine or methamphetamine.

But the chances of that happening are actually slim to none.

You see, Trump has much bigger problems than the marijuana industry right now.

For starters, the U.S. appears to be on the brink of nuclear war with North Korea. Not to mention there’s an opioid epidemic that’s devastating communities across the country.

These are actual problems, unlike an industry that’s created hundreds of thousands of jobs and billions of dollars in revenue.

Plus, Trump has gone on record and said that marijuana legalization should be a state issue. So he would be breaking a campaign pledge by cracking down on the industry. He would also be alienating many of the people who voted for him.

And that’s the last thing he needs right now…

But don’t take my word for it.

Take it from Troy Dayton, CEO of Arcview Market Research:

While the uncertainty created by the mixed signals coming out of the Administration may cause a temporary dip in some valuations of cannabis companies and some more risk-averse institutional investors and multinational companies may continue to stay on the sidelines, it won’t impact the growth of the market much at all.

No matter what the administration does, states will continue to issue cannabis licenses to a long line of applicants and licensed cannabis outlets will continue to have long lines of consumers ready to purchase this product from regulated establishments.

Arcview is one of the country’s leading cannabis research companies. According to its research, the legal marijuana market should grow 27% per year over the next four years, even if Trump goes after the industry.

That would make legal marijuana the fastest-growing major U.S. consumer industry since the broadband internet market boomed in the early 2000s.

In short, the marijuana industry is going to boom no matter what Trump does.

That said, you have to understand that it’s not easy to invest in marijuana stocks.

There’s no U.S. marijuana exchange-traded fund or blue-chip marijuana company yet. Plus, most U.S. marijuana stocks trade over the counter. They’re “penny stocks.” This makes them riskier than big stocks that trade on the New York Stock Exchange.

So if you decide to speculate on marijuana stocks, here are three ways to stack the odds in your favor…

These three strategies will allow you to speculate on pot stocks without exposing you to big losses.

Since President Reagan signed this obscure investment loophole into law three decades ago, 60 small companies have used it to pay their investors average gains of 1,066%…

Our friends over at Casey Research say they’ve uncovered two new breakthrough drugs set to make $1.3 billion a year from this law. Click here for details… 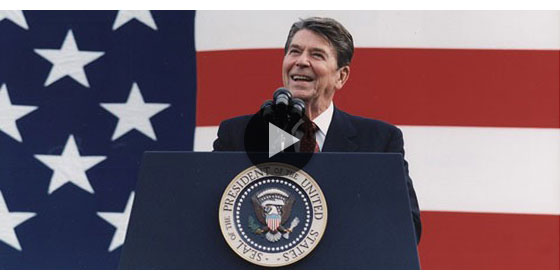