That’s good news for ordinary Americans. Trump is following through on his pledge to make America great again.

And it’s great for the stock market, too, as billions flow into companies that help build roads, bridges, and airports.

But for every winner, there’s a loser. And in this case, the losers will be bondholders.

You see, Trump wants to spend at least $1 trillion on infrastructure.

(Roosevelt’s New Deal cost about $50 billion in the 1930s and resulted in enormous deficit spending. It was funded by tax increases and borrowing. Trump plans to boost infrastructure spending while cutting corporate and personal income taxes.)

Like I said, these policies are great for the stock market… but they’ll require massive government borrowing.

Analysts estimate the president’s agenda would add $9.4 trillion to the national debt over the next decade.

As the government borrows more and more, interest rates go up and up. Bond prices move in the opposite direction of interest rates. So they will go down and down.

If you’re relying on bond income to fund your retirement, education, or medical bills, you should be prepared to look for alternatives as interest rates rise.

But don’t worry… I’ll suggest a couple of bond proxies that yield 3.48% but aren’t affected by interest rates. If you’re looking for safe income, you should consider them…

Why Every Bondholder Should Watch Interest Rates

Most folks may not realize this—but as interest rates go up, bond values go down. (We call this an “inverse” relationship.)

And it’s long-term bonds that are the most sensitive to rising rates.

You can see the downtrend in bond prices in the chart below.

It shows the iShares 20+ Year Treasury Bond ETF (TLT). Its price has tumbled as interest rates have risen. I’ve been warning about higher rates since 2014. (Back then, I called it “income extermination.”)

The bad news is bondholders will see even larger losses if Trump’s policies are enacted.

It’s simple supply and demand. More demand for money by the U.S. government will drive the price of money (interest rates) higher. And that will kill existing bondholders.

Think about this… The 200-year average for long-term rates is about 6%.

So if all we do is go back to that historic average, the 30-year bondholder from my example above would see their bond value drop by 40%.

One technique we’ve been using to find safe alternatives to bonds at The Palm Beach Letter is to buy senior bank loans.

These are loans made to investment-grade companies and backed by the borrower’s assets. So long as the economy does well, these loans do well.

And even if the economy trips up, the collateral is more than enough to secure the loan.

The easiest way to get into this market is to use an ETF. There are lots of them.

Both funds pay about 3.48% and are well regarded.

The real beauty of these things is that they have “rate reset” provisions.

That means the interest you receive goes up as rates go up. That is an awesome feature that will keep you safe while traditional bond investors get killed.

The fund we use in The Palm Beach Letter is a bit better. We’ve been in it since 2014, and it currently pays more than 6%. If you’re a PBL subscriber, you can read about it here.

Editor’s Note: Are you concerned about a potential rout in the bond market? If so, where are you looking for alternatives for safe income? Share your ideas and questions with the PBRG community right here.

We warned you last month (in the February 22 Chart Watch) that the oil sector was getting crowded. Never before have so many people been long oil.

We knew as soon as these speculators started to exit the trade, oil prices would fall. And boy, did they… The price of oil is down over 11% after peaking on February 23. And this sector is still crowded.

Stay away from oil and oil producers while crude searches for a bottom.

Virtual Warfare: GPS units, drones, microwaves, wristwatches, nylon, and computers. Each of these technologies was initially developed for military use before their widespread adoption by the public. Now we’re seeing this trend again as another new technology—virtual reality—catches on with the military. The USS Dahlgren is a “virtual ship” used by the Navy for training and simulations. The ship is described as a cybernetic laboratory. When the military starts to use a technology, that’s a strong indication it’s nearing its mass adoption point (MAP). We’ve been on top of this trend for months now. You can read more about it here.

Germany Armed for a Trade War: German Prime Minister Angela Merkel will meet with President Trump for the first time on Friday. And when she does, she’ll let “The Donald” know she’s willing to enact some “Germany first” policies to respond to any trade restrictions the U.S. might impose on Germany. If that happens, Merkel is expected to push for a united European front to blockade and isolate the United States. We’ve been warning about the negative ramifications of a trade war in our “Peak Globalization” series. It’s a must-read for anyone concerned about global free trade.

The Real Estate Market Is Imploding—Again: Our friends over at Casey Research say there’s a major crisis ripping traditional retailers to pieces. Americans are going to malls and department stores less often. They’re doing more shopping online. This is obviously bad news for retail and apparel companies. It’s also killing companies that own and operate retail real estate. Click here to see what real estate stocks they say you should avoid at all costs.

Our friends over at Bonner & Partners have an urgent message from their top analyst Chris Mayer. Chris says he’s found the best investment opportunity he’s seen since 2014. But there will only be a 24- to 72-hour window for you to take part in it.

One week from now, Chris will reveal all the details about this investment in a free presentation… which you are welcome to watch privately from your own home.

All you have to do to register for this free event is click here or the image below… and you won’t miss a thing. 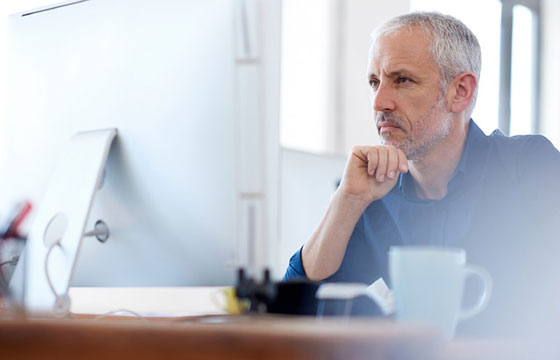