I have a theory…

I have no proof. I can’t back it up. It’s all conjecture.

Now, our beat at the Daily isn’t politics. We’ll save that for the talking heads at CNN and Fox News. And we’ll let you decide what side of the aisle you want to be on…

Our job is to show you ways to make money… and sometimes, that means we need to look at what’s happening in Washington.

Now, allow me to set the stage…

The prevailing market narrative is the trade war.

Unless you’re living under a rock, you know that President Trump is in trade spats with China, Canada, Mexico, and the European Union (just to name a few).

As we’ve shown you before, each major turning point in the market since February has followed President Trump’s trade war rhetoric.

The market seems surprised by this… I’m not sure why.

Trump has been saying the U.S. is getting the short end of the stick on trade deals since the 1980s.

He should know better than most—he’s an international businessman. He’s had to deal with foreign governments and play their games… I’m sure they’ve burned him a few times.

None of this trade war talk should surprise regular readers.

In January 2017, we told you we were taking the president at his word… and warned that trade wars would break out.

We also told you that the best way to protect your portfolio from a trade war was with small-cap stocks… particularly the iShares Russell 2000 ETF (IWM).

But the IWM trade is getting crowded. Over the past couple of weeks, I’ve noticed a flurry of articles telling people to buy it.

Here’s the thing… It’s a year too late.

That brings us to my theory…

It appears that President Trump is using the stock market as a litmus test for his trade negotiations.

You see, Trump doesn’t want to tank the stock market. He knows that the media uses it as a proxy for the overall health of the economy.

He wants the U.S. to get fair trade deals. So he’s going to push hard for them. Just how hard depends on the market.

Here’s how my theory works…

Midterm elections are in November. President Trump is a Republican. Obviously, he wants to keep a GOP majority in the House and the Senate.

One of the best ways for the majority party in Congress to keep its majority is to show voters a healthy economy and roaring stock market. As Bill Clinton famously said during the 1992 presidential campaign, “It’s the economy, stupid.”

This is how I think Trump’s plan will unfold…

The president will keep up his tough trade rhetoric for a while. That will keep a lid on the market this summer.

As the midterm elections approach, he’ll start toning down his rhetoric and signing new trade deals with China, Canada, Mexico, and the European Union.

Once he does that, the market will rejoice… It’ll be off to the races.

I’m looking for him to strike some deals starting in late August or early September. Those deals should set off a market rally for the ages.

A soaring market would likely benefit his party during the elections.

To be clear, I have no idea whether Republicans will retain their majority. But here’s the thing: It doesn’t matter. What matters is that the market will rally going into the elections if we see new trade deals.

How to Play It

I’ll go on record and say we’ll see a 15% rise in the two months leading up to midterms… Some stocks will go up 50% or more.

It’ll be a great time to own stocks. But some will do better than others, especially large, multinational companies. Think Boeing, Caterpillar, and Procter & Gamble.

You can consider adding them to your portfolio today, but like I said, we’ll likely see some volatility this summer.

If you want to buy now to make sure you’re involved in this trade, start with a small position… then add if/when trade negotiations provide a lower entry point.

P.S. Admittedly, my theory is mostly conjecture at this point—but it makes sense based on President Trump’s actions. I think he’s smart enough to orchestrate this plan. What do you think? Let us know right here.

From Don K.: The huge divide in our country fits right in with the elimination of the middle class. The group struggling to keep its head above water or the poverty level continues to increase in size.

The government lies to us all the time. One of the biggest lies is the low unemployment rate, which doesn’t include millions who have dropped out of the workforce post-2008, or who are working part-time, low-wage jobs. Many have given up and went on government assistance or support.

Our for-profit health care system is broken beyond repair. On top of that, the government’s intervention to “fix it” has only made things worse and costlier. The wheels will fall off soon… And only then will solutions come about.

From William N.: Socialism and the oddballs who think they control the world are dividing our country. In the 1960s and 1970s, they gained control of education. Now, the product of that education is beginning to emerge.

Add to that the problems of immigration, and the seed of Islam that wants all people to be Muslims. These will be used by socialists to gain full control. People will align against this effort and move to places where they can live peacefully. Others will move to join the socialists. As alignment happens, there will be war.

Teeka says it will be a technological or economic war. I believe it will be a fighting war. God help my kids, grandkids, and great-grandkids. I hope I can give them enough crypto assets to survive.

From John H.: I think it’s about time America broke up into smaller republics. As a Wyoming citizen, we’ve despised D.C. for over 50 years. Most of our land is claimed by federal overlords who send arrogant officials out here to tell us how to live.

That’s almost EXACTLY why George Washington and others originally revolted against England. In fact, Thomas Jefferson envisioned a future where the American continent was divided among several independent regional republics that cooperated in a free-trade zone and military alliance, but otherwise, left each other alone.

How ridiculous is it that about 500 people in one city thousands of miles away get to tell 300 million people how to live?

What do you think about the divide in America? Send us your comments right here…

For 81 years, America’s had a secret weapon in the space race…

Headquartered a thousand miles away from the Kennedy Space Center, a little-known NASA lab is home to PhDs, rocket scientists, and four-star generals. They’ve spearheaded our most historic missions: Voyager, Pioneer, and Galileo.

And now, there’s been an incredible twist to the story. In short: Thanks to the same scientists that put man on the moon, you can get into the market’s biggest, fastest windfalls… before they rocket up… 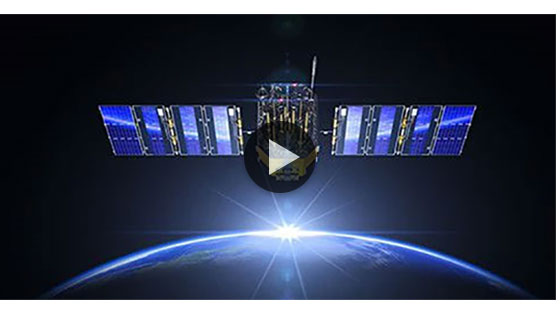