I eavesdropped on this conversation in the office the other day. My ears perk up when I hear “free money.”

Jon is the guy who was boasting about the free money. And I tracked him down.

Here at the Daily, we look for money-making ideas for you no matter where they come from. And I wasn’t going to pass up on this.

Turn Your Home Into an Income Generator

Jon is from Vermont. Cold and snowy Vermont.

But the state is making it very appealing for homeowners to install solar panels.

Jon estimates the cost to get the panels installed will be $33,000.

But there’s a 30% federal tax credit on solar installations. That’s a $9,900 tax deduction. And his electric company will pay another 3% of the cost—or $990.

Jon said his neighbor recently installed a solar panel system… And the panels reduced his electric bill from about $220 per month to zero. Plus, he got a $200-per-month credit from the utility company.

That’s the kind of safe, income-producing ideas we like in the Daily. And if solar panels can work in Vermont, they can work anywhere.

I know installing solar panels won’t interest everyone. So, I dug a little deeper into this trend to find a second opportunity.

We’ve heard about the solar revolution for decades. It’s an oft-hyped technology. But it had never lived up to expectations.

But that’s all changing… Solar is more efficient and getting cheaper every year. In fact, it’s now the cheapest energy source in most of the world… including Europe and Asia.

It will soon be the cheapest form of energy in the United States as well.

Bloomberg’s New Energy Finance is one of the top research firms in the field. It forecasts solar energy will displace coal-fired power plants as the cheapest form of energy in America by 2020.

Solar is also the fastest-growing energy source in America (it’s growing by 12% this year). And 22% of all new power generation will come from solar.

Although solar is catching on rapidly in the U.S., China accounts for almost half of all new solar capacity in the world. Plus, some of the fastest-growing solar companies are in that country.

However, it’s not practical for most investors to buy shares in Chinese companies.

But you can consider the Guggenheim Solar ETF (TAN). TAN holds a broad basket of solar companies—many of which are Chinese.

It’s the simplest one-click way to add solar exposure to your portfolio.

The Smart Way to Play the Crypto Mania

You know the old poker saying: “If you can’t spot the sucker at the table, then it’s probably you.”

That saying applies well to poker. But it also applies to investing, speculating, and pretty much any activity in the financial markets.

Too many people put their money at risk without understanding how the game is played. They don’t do their homework. They don’t do any research. They only care that their friends are getting rich by buying the latest hot stock, or flipping real estate, or trading derivatives on triple-leveraged-inverse-volatility trusts, and they want in on the action.

So, with that in mind… let’s talk about cryptocurrencies…

Cryptocurrencies are generating stunning returns. Bitcoin, for example, is up over 1,200% in less than two years – and it’s one of the laggards of the group. Ether, a lesser-known digital currency, is up 3,000% in 18 months. And Neo – a China-based cryptocurrency – has rallied over 20,000% since February.

It’s no wonder that cryptos have become the main topic of conversation on the cocktail party circuit. Biff and Muffy brag about how they’re hoping to fund little Skylar’s private school tuition with Paris Hilton’s sponsored initial coin offering (ICO). But when pressed with questions like “How does it work?” Biff and Muffy go silent. They can’t explain it because they don’t know. They haven’t done the research.

And that tells me any gains Biff and Muffy get from the digital currency world are temporary.

When the cryptocurrency bubble pops—just like when the dot-com bubble popped, and the real estate bubble popped—Biff and Muffy will be left holding the bag.

They’re the suckers at the bitcoin table.

I don’t think we have a bubble in the cryptocurrency space yet. But we certainly have the makings for one.

On the way up, bubbles are incredibly fun and profitable to ride. Some folks will get ridiculously rich in cryptocurrencies as the bubble inflates. But, in order to get out in time, you have to know the market in which you’re trading.

If you don’t understand terms like blockchain, initial coin offering (ICO), and cryptocurrency wallet, then you don’t have any business swimming in the digital currency pool. It’s far better to stay on dry land and miss out on the potential gains than to drown because you don’t know how to swim.

One of the top experts in the space is Palm Beach Confidential editor Teeka Tiwari. He’s also one of the smartest guys I know.

Teeka has been involved in the digital currency market since its beginning. He has generated staggering returns for his readers. And he’s the only person I trust to guide folks through this sector.

Teeka is hosting a special educational webinar on digital currencies on November 2 at 8 p.m. ET/PT. If you are interested in trading bitcoin, or any of the dozens of alternate digital currencies, then you absolutely must attend this webinar.

His new company is leading the way to the biggest marijuana boom we’ve ever seen. Investors who get in before October 31 have the chance to make life-changing money. Here’s the whole story you’ll find nowhere else. 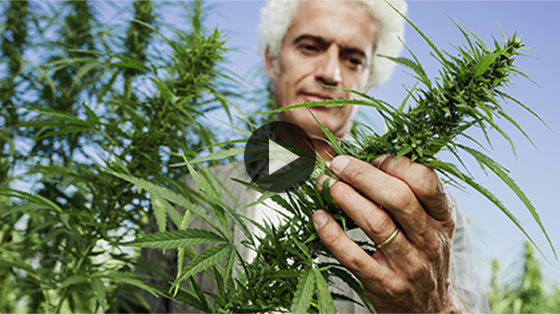