What you may not know is that Jason is an avid musician and played professionally in the past. He’s also an amateur photographer and loves to study science and space.

Every Friday, Jason emails his weekly market synopsis to the top editors and analysts at Legacy Research Group. Unlike many analysts, Jason doesn’t just pump out dry numbers… He has the canny ability to combine his passions with market talk.

In today’s interview, Jason tells me of a curious case involving hives of red honey bees, a criminal plot, and a suicide—and what traders can learn from it…

Nick: Thanks for joining us today, Jason. I just finished reading your latest weekly insights. And as usual, I always learn something new.

But this write-up contained one of the weirdest stories I’ve ever read. You used it to show how the “domino effect” works in the markets.

Jason: Sure… As you know, Nick, the domino effect is basically a chain reaction. It happens when one event kicks off a chain of related events.

There are times when a domino effect can have catastrophic consequences, though.

In 2010, New York City allowed beekeeping for the first time. That year, the city also had its hottest summer on record at the time.

Cerise was a devoted beekeeper in the Red Hook section of Brooklyn. But that summer, the bees’ normal amber bands suddenly started turning bright red.

The sight of glowing red bees in the late evening enchanted many in Brooklyn. Oddly enough, their honey was red, too. But here’s the thing… The red bees and honey had nothing to do with the hot weather.

Eventually, Cerise realized the bees had been “hitting the juice” at Dell’s Maraschino Cherries factory.

Nick: How’d she find out?

Jason: Someone sent samples of the honey for testing and found they were amped with FD&C Red No. 40 dye—the same dye used to color the neon red cherries that sweeten countless Shirley Temples. The bees must’ve liked the sweet cherries…

Anyway, the case drew the attention of the city’s environmental protection department, which began looking into illegal dumping of wastewater from the factory into the city’s sewers.

To make a long story short… around the same time, the city also started getting complaints about marijuana odors coming from the factory. So the district attorney’s office began to investigate the owner.

A few years later, investigators raided the factory. Right before they found the city’s largest pot farm underneath, the owner barricaded himself in the bathroom and shot himself dead.

And there’s a bittersweet irony to this case, too…

The beekeeper’s name, Cerise, means “cherry” in French. So a woman named Cerise… who kept bees in Red Hook, Brooklyn… which had bands and honey tainted by the red dye from red cherries… led to a massive pot farm bust and the suicide of the factory’s owner.

And that’s the domino effect.

Nick: Wow, Jason… What a story! So your point is that one small event can cause an entire chain reaction. In this case, the bees’ love for red cherries led to a major pot bust.

And this effect happens in the stock market, too?

Jason: Yes, it happens all the time.

We witnessed it in last year’s market. I told you about it during our interview last November.

As you may remember, I told you why exchange-traded funds [ETFs] caused the market puke of 2018.

On Wall Street, a lot of firms use systematic trading systems, or algorithms. These systems control the buying and selling of stocks.

Now, when stocks go up, it’s great. The systems say to keep buying, so that’s what portfolio managers do. And that helps the market steadily rise over time.

But eventually, the market stalls or falls. There has to be a hiccup somewhere.

Anything can cause it. And in October, we had a perfect storm of uncertainty around the midterm elections, trade war fears, rising interest rates, and other events.

This uncertainty made some investors nervous, and they stopped buying. This lack of buying set up the market for a fall. And once the market goes down by a certain level—3%, 5%, or whatever—these systems eventually flash sell signals.

When that happens, it exacerbates the sell-off—which leads to a domino effect.

Nick: What flipped the dominoes the other way?

Leading up to Christmas Eve, sellers were in so much control that it became unsustainable.

As you know, my proprietary system looks at the ratio between buyers and sellers. And it’s been very accurate and timely. In fact, I called for a bounce in December 2018, which came right on time.

From what I’m seeing, big institutional investors have been plowing into stocks at a breakneck speed… And now, the ratio suggests a pause is coming. I do believe the market will resume its course higher after the pause, but it’ll become narrower.

As history has taught us, what goes up, must come down. But in the market, what goes up may not always have to come down—at least not right away.

Nick: So which sectors are looking the best right now?

Jason: From Christmas Eve lows, the recovery has been massive. Small- and mid-caps have led the rise—the S&P SmallCap 600 and S&P MidCap 400 indexes are both up over 20%.

This is also reflected across sectors. Infotech, consumer discretionary, financials, communications, real estate, and energy are all up more than 15% since their Christmas Eve lows.

But perhaps the biggest evidence of a rush back to growth is being seen again in semiconductors. Semis got smoked last year and were essentially a toxic wasteland.

Yet the iShares PHLX Semiconductor ETF [SOXX] is up over 25% since Christmas—by far, it’s the best performer out there.

And we noticed a major repricing of semis earlier this month with some stellar earnings and heavy institutional accumulation.

Nick: That’s a lot for readers to chew on, Jason. So what’s the key takeaway from all of this?

Jason: The first domino to fall may not get noticed until long after the fact. It helps to pay attention along the way and watch what the market tells us.

In the case of the factory owner, what looked like a desperate suicide was really set into motion by strange red honey bees that were hooked on cherry juice.

So what’s my takeaway?

Heed the words of comedian Billy Connolly: “Before you judge a man, walk a mile in his shoes. After that, who cares? He’s a mile away, and you’ve got his shoes!”

Nick: Thanks, Jason. As always, great advice. And keep those interesting stories coming!

Nick’s Note: As Jason noted, his private, $250,000 database flags when big money is flowing into the market. And he’s created a “cheat sheet” to predict which stocks are about to skyrocket—several days or weeks in advance.

If you want to make serious money in the investment world, you have to begin by looking for what’s risky—and then minimize your risks while maximizing your gains.

Now, this former $200 million money manager has discovered one section of the market that’s always considered risky, year in and year out.

And by using one secret, you can turn that risk into 100% to 500% potential gains—over and over again, every single week… 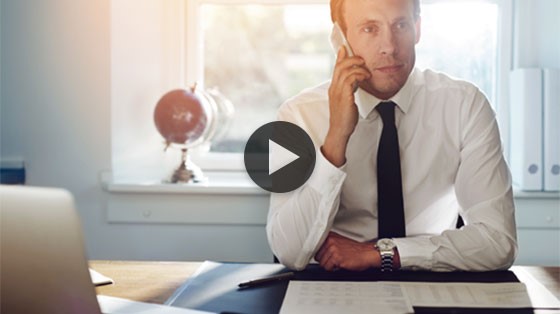