Imagine ordering groceries on your smartphone… driving to a giant vending machine… and having the machine deliver the bags directly to your car.

In fact, you can try the giant grocery “vending machine” today.

The 20-by-80-foot refrigerated kiosk is at the corner of North Council and West Britton roads in Oklahoma City.

Walmart opened the kiosk in June as part of a pilot test. Here’s a picture of it… 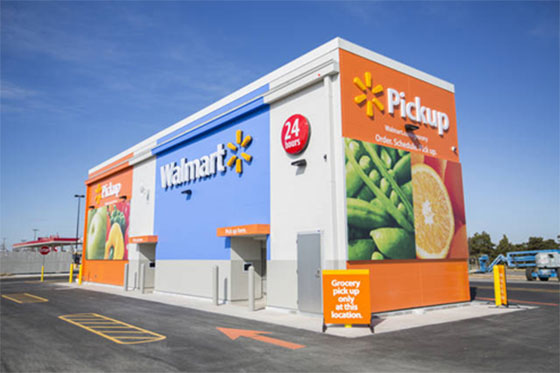 You place your order online or on your smartphone. Employees then select the products you ordered and store them inside the refrigerated kiosk.

When you arrive to the Walmart location, you can walk up to a touchscreen, punch in a pickup code, and retrieve your groceries.

Walmart says you can order more than 30,000 items online for the same price they cost in the store… including fresh produce, meats, dairy products, and organic groceries.

According to Walmart, the new kiosk will cut shopping times from hours to just a few minutes.

Here’s why I’m telling you about Walmart’s giant “vending machine.”

Wall Street considers Walmart a retail dinosaur. And it’s commonly overlooked because investors would rather own a sexy name like Amazon.

But that couldn’t be further from the truth. Walmart is rolling out several innovations like the automated kiosk to remain relevant.

These innovations will boost sales… and, in turn, push up Walmart’s stock price.

Walmart has been experimenting with ways to get more people to its website.

Walmart also has an automated returns feature for online purchases. That allows you to avoid slow-moving customer service lines… and get refunds quicker.

These moves appear to be working. Walmart’s online sales have risen 60% from last year.

Last month, I told you that the trend toward online shopping shouldn’t scare you away from quality retailers.

As I pointed out, online sales only account for 5–10% of all retail purchases in the U.S. That means physical stores still account for over 90% of all purchases.

While most traditional retailers are trying to catch up to Amazon in the online space… Amazon is trying catch up to Walmart’s dominance in the brick-and-mortar space.

Amazon has six physical stores. And they are successful. But they’re not enough.

Physical storefronts will allow Amazon to deliver products faster than two days. If you need milk for breakfast, you need to stop somewhere right away to get it.

However, Walmart has 4,700 stores in the U.S. alone. That’s 11 times more locations than Whole Foods.

According to Walmart, 90% of Americans live within 10 miles of one of its stores.

This gives Walmart a competitive advantage in the same-day order space.

Even though the stock is at new highs, it’s still trading at a 25% discount to the market.

Plus, it has a healthy 2.5% dividend… which it’s raised for 44 consecutive years.

You can think of Walmart as a bond replacement. In a world where the 10-year Treasury note only yields 2.4%… Walmart’s 3% dividend looks attractive.

Walmart has one of the longest streaks of quarterly profits in the world. It’s made money for at least 120 consecutive quarters… (That’s 30 straight years!)

Now, Walmart isn’t going to double overnight. But I think it will easily earn over 10% per year for the foreseeable future.

Over the past 20 years, Walmart’s stock appreciated 10% annually (with dividends). And there’s no reason that can’t continue.

From Jeff W.: Two of your main themes these days seem to be cryptocurrencies and pot.

I seem to recall one of your principles was “to not invest in something you don’t understand.” Another wise principle I try to follow is to avoid volatile “flavor of the month” investments.

Instead, you said opt for dominant, consistent, financially solid businesses that are going to be there for years to come. None of these things fits cryptocurrencies. I won’t be investing in them at all. And I will never invest in pot.

So, I’m beginning to wonder if your letter is relevant for me anymore. So far, I’ve found enough solid investment advice to keep me subscribed. I think you are going the wrong direction with two of your main themes.

Nick’s Reply: Thanks for the message, Jeff.

While safe, slow-growth, conservative investments are the best long-term wealth creators, with proper asset allocation, you can put a portion of your portfolio toward “smart speculations.”

We don’t allocate a large slice of our pie to these speculations. But it’s okay—and fun—in moderation. Plus, hitting just one speculative investment can have a huge effect on your portfolio… even with a small allocation.

Just take subscriber Delbert M., for example. He’s a retired schoolteacher from Greencastle, Pennsylvania. He, too, was “fearful” of cryptos because he didn’t understand them. He learned more. Then he took the “plunge” and turned a $5,400 allocation into $151,000 in eight months.

Nevertheless, we realize that not everyone will be interested in cryptocurrencies. That’s why I still focus the Daily primarily on quality and cheap stocks.

In just the past two weeks, I’ve told readers about value plays in the retail, movie theater, and semiconductor sectors.

We also have the Elite 25 portfolio. It consists of extremely profitable, growing companies that are trading cheaply. You can check out the portfolio right here.

And the Palm Beach Letter portfolio contains 25 solid, conservative stocks. And 22 of them pay out fat dividends.

I hope you found today’s essay on a long-term, quality business like Walmart to be valuable as well.

There’s a little-known corner of the market that’s poised to experience one of the most massive bull market booms in history… and most investors are completely ignoring it.

Yet, if history is any indication… this could build you a million-dollar nest egg without you even having to TOUCH anything in the mainstream stock market.

Click here to learn about this “lone-wolf” investment strategy. 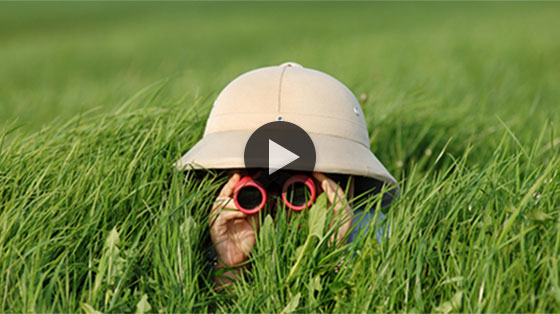