If you didn’t know already, Dorsey is a pioneer in the tech space. He co-founded Twitter in 2006, growing it from an obscure messaging app into one of the world’s largest social media platforms, with over 321 million monthly users (including President Trump).

He’s also the founder of Square, a financial services and mobile payments company based in San Francisco. Square allows individuals and merchants to accept offline debit and credit card payments on their smart devices. It also supports bitcoin trading.

Dorsey helped turn both companies into multibillion-dollar enterprises. So he knows a thing or two about internet technology…

He’s also a bitcoin bull—and he’s putting his money where his mouth is.

Back in March, he said he was buying $10,000 worth of bitcoin every week. And in the first quarter of this year, Square accepted a record $65 million in bitcoin payments—despite the brutal Crypto Winter.

Fewer people have a clearer vision of the future than Jack Dorsey. So when he says mass adoption of crypto is “inevitable,” that’s bullish news…

Another Heavyweight Gets Into Crypto

We don’t know all the details about Square Crypto yet… but its main goal is to make bitcoin the “native” currency of the internet.

But Square isn’t the only major business helping to build out the crypto space. Heavyweights like Microsoft are, too.

Like Teeka, Greg travels far and wide to uncover the biggest trends in the crypto space.

And earlier this month, he attended Consensus in New York City, the world’s biggest cryptocurrency and blockchain conference.

Microsoft is the first major tech company building a project directly on the bitcoin blockchain. It’s called Ion… and it uses encryption to help you control your online data.

Again, this project will be built on the bitcoin blockchain. That means whoever uses Ion will to need to buy some bitcoin first. That increased demand will move bitcoin prices higher.

Greg said other smaller projects will also bring crypto to the masses, including startup Flexa’s mobile app called Spedn. GameStop, Bed Bath & Beyond, and Whole Foods Market are some of the companies already using the app.

And Greg says soon you’ll be able to transact bitcoin without an internet connection.

Startup Blockstream broadcasts the bitcoin blockchain via satellite 24/7. So anyone will be able to connect to it without disruption. Blockstream will eliminate cost barriers and that’ll enable more people to adopt bitcoin.

At PBRG headquarters, some staffers settle bets and pay for lunch with bitcoin. It’s not as easy as dealing with cash—yet… But as adoption increases, so will ease of use.

And Teeka says usage and adoption are two of the most important metrics when it comes to valuing cryptos.

Over these years, I’ve discovered the most important element in crypto selection… and the most enduring catalyst for creating value in cryptos: usage.

Again and again, the usage of the coin, network, and underlying solution is what drives the long-term value in the crypto market. Sure, over the short and intermediate term, hype, hope, and market sentiment are tremendous drivers of value.

But enduring value—the kind that lasts over several market cycles—comes from projects where usage of the underlying token is increasing. A crypto must be useful and widely used for it to gain massive long-term market value.

That’s why Dorsey is getting in front of this tidal wave of bitcoin adoption with Square Crypto. He knows when adoption increases, usage will, too.

And as adoption and usage increase, so will price. You can see that with the current bitcoin rally.

But it’s not too late to get in. As more people adopt bitcoin and cryptos in general for payments… data privacy… and communications, demand will soar. And that’ll push prices to new highs.

The good thing is you only need to take a small stake for the potential of life-changing gains. So position yourself today.

P.S. Last night, Teeka held his first-ever “Ask Me Anything” webinar. During the live Q&A session, he discussed: Why bitcoin is breaking out right now… why history shows that the smaller, lesser-known cryptos are about to follow bitcoin’s lead… and what to expect for the second half of 2019…

If you missed the live event, the most important takeaway was this… You have a small window of time to position yourself for huge, life-altering gains in this new crypto bull market.

You can watch a replay of the webinar—and learn how to claim a free year of his Palm Beach Confidential research service—right here.

Teeka isn’t the only fan of collector cars. Daily readers have their favorites, as well…

From James F.: Teeka, I also own a rare air-cooled 1993 Porsche 911. It’s a six-speed turbo-wide body, with midnight blue exterior paint and grey leather interior. Only 782 were ever made.

The car just turned over 40,000 original unmolested miles… And it looks just like it did the day it rolled off the showroom floor.

And yes, people give me a thumbs up in traffic all the time… Then, they follow me to the next gas station to bend my ear about it. It is a stunner!

From Wayne P.: Teeka… I loved your interview with Nick on classic cars. It’s right on the money.

I’ve been collecting classic cars since 1964… and buying and selling in earnest since I retired 20 years ago. And you’re right—it’s a very lucrative venture.

I’ve created diversification with classic cars. I have 11 muscle cars all paid for from my real estate profits. And you don’t have to be a millionaire to do this… You just need to spend the time to know what to look for. Happy motoring and investing.

From Jeff C.: My favorite classic car is the pre-World War II Auburn “Boat Tail” Speedster. It was turbocharged and the first American car guaranteed to go over 100 mph.

I’m still looking for a 2019 Mazda MX-5 Miata RF Automatic. (I love standard shift but I’m getting too old to drive them.) With bitcoin going up, I’ll start investing in these cars again.

Nick’s Note: Thanks for writing in, guys. We love hearing from you. And if you’re a fan of classic cars, tell us your favorites right here.

We also want to hear from collectors of other memorabilia, including baseball cards, rare coins, antiques, art, and even vintage wines.

And if you’re interested in getting started in this profitable niche market, click here to learn how you can invest in classic cars for as little as $50.

On the table below is a technology worth a potential $100 billion right now. And to our knowledge, this is the first time it’s been shared with the public.

From a stock market perspective, this could be far bigger than the original iPhone launch… 190 times bigger, in fact.

Find out what it is right here… 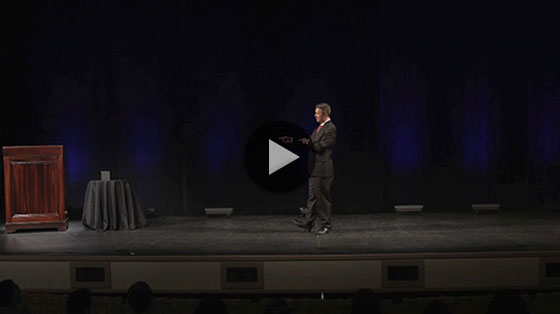