Have you ever noticed that some winners just keep winning? Think of Michael Jordan… Tom Brady… or Wayne Gretzky.

These guys are the outliers of the sports world. They’re the best at what they do. They rewrite record books. But most importantly, they keep on winning.

Michael Jordan is one of the greatest outliers of all time.

Just look at the chart below. It ranks NBA greats based on their achievements, such as number of titles and All-Star Game MVP awards won. 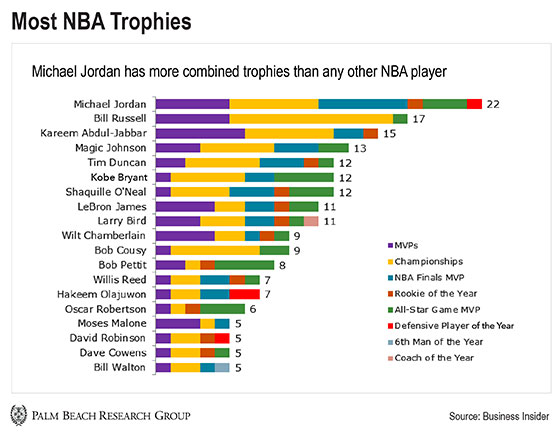 When you combine these statistics, Jordan clearly comes out on top.

Likewise, Gretzky dominated his sport—hockey. And you can see why he was nicknamed “The Great One” in the chart below. It plots average points per NHL game. 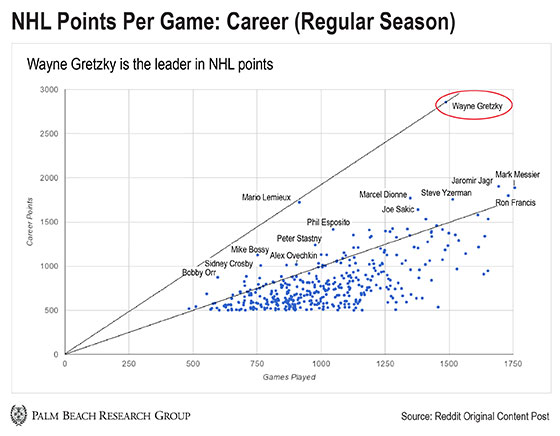 Gretzky is by far the greatest hockey player ever. In more than 1,500 games across 20 seasons, he averaged two points per game. (He’s also the leading point-scorer in NHL history.) Only Mario Lemieux comes close in points per game…

These outlier guys are all about winning.

And as legendary football coach Vince Lombardi famously said, “Winning isn’t everything; it’s the only thing!”

But here’s the thing… Anyone can identify outliers after the fact. You can’t win with them when they’re retired and already in the Hall of Fame.

You want to find them before they become breakout stars. That same principle applies to stock-picking.

And that’s what Palm Beach Trader editor Jason Bodner talked about during his presentation at the first-ever Legacy Investment Summit last week in Bermuda.

In yesterday’s essay, I shared insights from master trader Jeff Clark’s presentation on how to profit from shorting market volatility. Today, I’ll share Jason’s strategy for finding outlier stocks… before they break out.

The “Michael Jordans of Stocks”

More than a dozen of the world’s best financial and political minds gathered in Bermuda to present their most profitable ideas.

Each of their presentations alone was worth the price of admission. Jason’s was no exception.

Regular readers know Jason as our Wall Street insider. That’s because he spent years as a trader at New York firms such as Cantor Fitzgerald, where he handled numerous multimillion-dollar trades for large institutional clients.

Jason began his presentation by citing a May 2018 study published in the Journal of Financial Economics called “Do Stocks Outperform Treasury Bills?”

Jason calls these outliers the “Michael Jordans of stocks.” And he only wants these Jordans in his portfolio. But first, he has to find them…

In Jason’s 20-plus years of working on Wall Street and advising hedge funds, he found that outlier stocks had three main traits: strong fundamentals, strong technicals, and strong insider buying.

Outliers are growing companies… It might sound trite, but Amazon and Apple didn’t become trillion-dollar companies without massive growth.

To find companies with strong fundamentals, Jason doesn’t just look at sales and earnings growth. He also wants to see them beat their estimates by wide margins… record multiple blowout quarters… guide their expectations higher… lead their sectors… and have an edge over the competition.

Jason looks for stocks that are rising higher, trading near their 52-week highs, and trading above average volume. That means investor interest is high—which is a good sign of the next trait…

Institutions are the smartest investors on the planet. They have multimillion-dollar research budgets and armies of analysts. Jason has created his proprietary system to track their buying and find the best stocks they’re scooping up.

Here’s what he told the crowd in Bermuda about institutional buying:

When Wall Street wants something, it’s going to make it happen… And it’s going to move the asset class—in a big way. These massive orders can drive share prices higher. And I’m going to let you in on something that happens… It has a “dark room” sort of mystique of people meeting on the side and knowing things beforehand.

When it does happen, do you think they’re out there telling you on Twitter or Facebook? No. They want to keep it for themselves and do it as quietly as possible. But when they’re slipping into the water to start buying a stock, that’s when I take notice.

And when Jason takes notice of a stock, that’s a good sign it will become an outlier.

A recent example of Jason’s system at work was his call on online food delivery service GrubHub (GRUB).

Jason’s system picked up GRUB on June 28—more than a month before hedge fund JANA Partners announced its position.

The stock shot up nearly 31% after Jason recommended it. That’s more than triple what you would’ve made after JANA’s announcement.

During his presentation in Bermuda, Jason mentioned five outliers on his radar. One of his favorites is digital advertising firm The Trade Desk (TTD).

The company has pulled back with the overall market, but Jason said it’s primed to resume its run higher. Anyone getting in at these prices should be rewarded if they can hang on for the next year.

Just remember to always do your homework and have a risk-management strategy in place before investing in any stock.

P.S. Outliers are not easy to find… But when you identify them, they can be beneficial. Share your stories with us right here…

The biggest power shift in the last 100 years is happening now—and it’s creating a tipping point in the next generation of energy metals.

If you know where to put your money ahead of time, you could see once-in-a-lifetime gains. To learn how you can take advantage of this megatrend, watch this video. 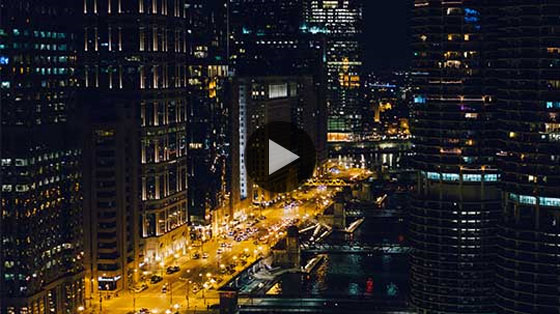