Nick’s Note: At the Daily, we’re always prepared… whether the markets are going up or down. That’s why we’re sharing another piece from Dan Denning, coauthor of The Bill Bonner Letter with longtime PBRG friend Bill Bonner.

Like us, Dan’s a strong supporter of asset diversification. Below, he shares the asset allocation model he and Bill use to protect themselves from any type of calamity.

Diversification and asset allocation can help you reduce your risk as an investor.

For your kids and grandkids, a depression could be just the tonic they need. In a world where real wage growth is stagnant and the robots are taking all of our jobs, your best chance to build a fortune is to buy assets when they’re cheap. You can only get them at that price after a crash.

Do you think it’s a coincidence that famed investor and economist Ben Graham wrote his investment classic, Security Analysis, in 1934, just five years after the Great Crash of 1929? The Dow Jones Industrial Average fell by 89% between September 1929 and July 1932, dropping from 386 to 41. Stocks and bonds weren’t just cheap… they were destitute and unloved.

By now, you’re probably wondering what the plan is. So, let’s get on with it. I’ll take you through my proposed Permanent Portfolio asset class by asset class…

The cash allocation is 25%. Now, if you believe the market (or earnings) is going to go up, your cash is going to underperform (be very lazy). In a low-interest-rate world, your cash won’t be earning you any money. True, it won’t be at risk in the market. But inflation won’t be kind to your purchasing power.

Still, the biggest benefit of cash is what’s called “optionality.” If you have it, you can trade it for something you want when that thing becomes cheap. A 25% cash position assumes you’ll be able to put it to better use when assets become cheap. Your risk is that assets may stay expensive for a much longer time.

It may not naturally occur to you that you also have options about what kind of cash to own. I’m not just talking about whether you want to own $100 bills, $50 bills, or $20 bills. I’m talking about which cash?

The U.S. dollar? The Swiss franc? The Singapore dollar?

Everyone should own cash denominated in foreign currencies.

It’s not hard to do. You can exchange your dollars for euros or British pounds at major banks. Obviously, you’ll want to do so when exchange rates are favorable. But it shouldn’t be too difficult to accumulate $5,000–$10,000 worth of cash in a foreign currency.

The widely held idea that government bonds are risk-free is one we fundamentally disagree with.

Don’t ever forget that, despite all their assurances, governments can and do default on their debts. And with huge unfunded liabilities to go along with their official debts and deficits, the situation is far more dangerous than the feds would have you believe.

That’s why the bond market is ground zero for the explosion in global debt since 2007. In an inflationary scenario, bonds will be consumed in a hellfire of wealth destruction.

So why own bonds at all if we think the world will inevitably enter another debt reckoning?

Well… we can’t entirely rule out the possibility that central banks will continue to purchase bonds for years. And even if the Fed reduces its bond portfolio by $15 billion per month, it will take nearly 25 years for it to clear off the bonds it’s already purchased. That’s assuming that, in the next crisis, they don’t resume adding bonds (funding Washington’s ever-expanding deficits).

There is no theoretical limit to how big a central bank balance sheet can get. When you’re the one printing all the money, you cannot be insolvent. And the Fed isn’t a “going concern” anyway.

For that reason, we reluctantly suggest you keep some bonds in your portfolio. You should own some inflation-adjusted bonds or short-term bills and notes.

Those instruments are quickly and easily redeemable for cash but still have the perception of safety (and liquidity) for most investors. Hold your nose and buy.

The worst advice I could give you is to sell everything now and go straight into cash. Emotionally, it’s tempting. But we usually make our worst decisions when we invest emotionally. That’s why most investors tend to buy high and sell low. Even in bull markets, research shows that investors underperform the indices by trading too much.

Unlike bonds or cash, a stock is a claim on a for-profit enterprise. That enterprise can increase its earnings, even (or especially) in challenging circumstances. Think, for example, of a company that sells generators during hurricane season. Wall Street is full of “factor investing” models today that aim to slice and dice the market by investing style (momentum or value), market cap (small or large), or volatility (beta, so-called “smart beta,” or alpha).

If you were going back to Ben Graham’s basics, you’d look for companies selling at less than one times book value. You can find them in the U.S. But many of them are financial stocks (like banks). Those are precisely the kind of investments we want to avoid in a financial crisis.

That means you have to be willing to buy foreign stocks or exchange-traded funds that give you access to foreign markets.

As you can see, we recommend a 30% allocation to these assets. We believe tangible assets—a claim on something real—will be more valuable than purely financial assets (claims on future cash flows) as the stock market mean-reverts.

The bulk of this position will be made up of real estate, which you either own and occupy or rent and generate an income from. As real estate values are local and affordability depends on your income, interest rates, and the size of the mortgage, we don’t have anything specific to say about where to buy. That is up to you.

Of course, precious metals and collectibles are included here, too. And be creative. For example, at Sharps Pixley in London, you’ll find some gold and silver gift items that are both valuable and beautiful. Made by Degussa, the silver bull and bear below on the left would look great on any desk. On the right is a 25-ounce replica of a 20mm bullet you can buy at fine bullion providers or on eBay.

What about art? Most people believe art is too expensive for the average investor to buy or store. But look at the lithographs below. These became popular in Melbourne when I lived in Australia from 2005 to 2014. Why? For young professionals with their first taste of discretionary income, it was an easy way to buy art without having a lot of money to start with.

The Green Devil (pictured in the middle) I bought in 2013 sells on vintage poster auction sites for nearly twice what I paid for it. Variables like size, condition, rarity, and authenticity will account for different values for different prints. But they can get quite expensive.

Explore your options. You have them.

Perhaps controversially, we’ve added a fifth “asset class” to the plan: cryptocurrencies. Neither Bill nor I are prepared to say we fully believe that cryptocurrencies are actually money. But then, the definition of what money is and who gets to produce it is one of the recurring subjects of Bill’s Diary.

Cryptos are a speculative position. But they’re one with potentially huge upside—several cryptos soared thousands, even tens of thousands, of percent last year—and are thus worth including.

And remember, no investment or allocation strategy can protect you from the worst type of financial calamity.

However, maintaining a diversified asset portfolio is one good way of reducing how much damage you’d sustain when the next calamity occurs.

P.S. A financial calamity won’t come from nowhere. In fact, we see the next one is already in the works…

A group of 28 unelected insiders, known as the “Oathkeepers” have formed a new faction of the Deep State. And they’re ushering in an era of financial depression for everyday Americans… to benefit the big institutions they’ve sworn to protect.

ARE YOU PREPARED FOR EARNINGS SEASON?

Earnings season is right around the corner. And while most investors will be buying stocks in anticipation, this trader’s got a much more profitable idea…

He spent over 5 years and thousands of dollars of his own money developing a system for anticipating—and banking on—earnings announcements. It has a 90% win rate. And he thinks the upcoming season could be the best yet 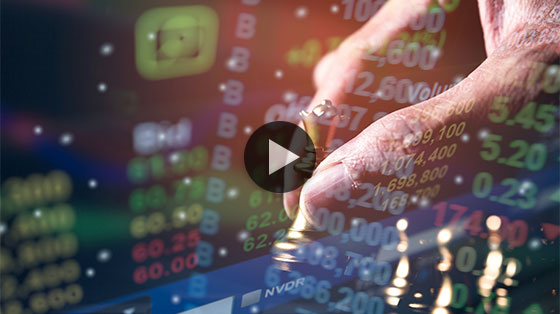