Nick’s Note: Palm Beach Research Group subscribers have made life-changing gains from cryptocurrencies. So, when we see a bitcoin skeptic like PBRG friend Bill Bonner write about all the money being made in the crypto market, we take notice. Bill says there’s one thing newly minted millionaires often buy to show off their wealth…

Recently, we saw the soul of America.

We drove by a house so imposing… so monstrously ugly… so laughably pretentious that we almost drove off the road staring at it.

On a suburban lot, it was as though it had fallen off the delivery truck and rolled into place, with no thought as to its surroundings.

It was a fake mansion!

Yes, dear reader, it is all fake—our money, our economy, our markets, our government… even our mansions.

That’s more money in one day than we made during our first 10 years of work—combined.

Our coins, formerly worth nothing, are now worth more and more.

We toiled not, neither did we spin. We invented not. We earned not. Not a single morning did we get up at the crack of dawn to earn that money… nor a single night did we stay up late studying to make it happen.

Instead, it was as though we had walked through a casino and randomly yanked on one of the one-armed bandits. Ka-ching!

Nor did we learn anything… except that it’s a mad, mad, mad, mad, mad world—which we already knew! And if Civilization author Clive Bell is right, this is the best kind of money. We didn’t distract ourselves from “thinking and feeling.” We have no coal dust under our fingernails… and no hands calloused by years of hard work.

Meanwhile, here’s a thought… and a feeling. We invite dear readers to print this out and put it on their refrigerators:

Bitcoin is not an investment. It is not a speculation. It may or may not be a durable form of money; time will tell.

You may make a lot of money in the bitcoin bubble. Or lose it. Either way, don’t take it seriously. You should treat it like a dollar bill on the sidewalk. If you are lucky, you will pick it up before it blows away. If you are unlucky, you will chase it into the busy street and be struck by a crosstown bus.

Easy come, easy go—like an uninvited relative. Neither celebrate its coming… nor shed a tear at its departure.

What good is such money?

Coat on a Stick

Most of the world is so caught up in getting and spending money that it hardly has time to notice the leaves.

And maybe it is better off for it.

A man puts his head down… he keeps his eye on the ball and his shoulder to the wheel… and he’s ready to make money. Or war.

And then, by the time his hair whitens and he retires from making money, it is too late. His sclerotic brain can learn no more new tricks. It has no flexibility… and no time to develop real taste and judgement.

That’s why the “self-made man” may be the least civilized of the species.

He is too busy to think and feel. He is getting rich in his youth. And then, when he is spending… that’s where the disaster of his life becomes apparent.

He has not taken the time to prepare himself. He cannot appreciate style… or wit… or charm… or intimacy.

In retirement, when he can no longer do the only thing he knows how to do—make money—he is nothing more than a coat on a stick rambling around a house far too big for him, a laughingstock to the young… an embarrassment to the old.

You can judge for yourself: Architectural Digest offers a list of “The Most Beautiful Home for Sale in Every State in America.”

Actually, it is just a list of houses for sale. Those that make the list are the most expensive ones. That is, for the most part, they are the houses of rich, “successful” people who have since gotten a divorce or otherwise moved on and now need to sell their dream homes.

Gaudy, bombastic, clumsy, awkward, hollow, appalling monstrosities. And they are all over America.

A Greek column here… an Italianate arch there… an English gable over the four-car garage… and a Versailles kitchen—they are an amalgam of hodgepodge.

We have been offended by McMansions for years. But the houses of the rich… these are what McMansions aspire to be. They are what you get when you put a hack architect together with a rich man. Neither of them has the sense of style, modesty, proportion, or charm you need to create a beautiful dwelling.

They’ve both been too busy earning and spending money; neither really knows how to build a home with grace or wit. All they can do is build a big, expensive one: a fake mansion.

What you get is a $16 million pile in Arizona and a huge palace for $45 million in Santa Barbara. One rich man builds; another buys. They advertise their wealth and bad taste simultaneously.

And here we see the whole flimflam exposed. These are the houses of the richest and most successful people in the country. They should proudly exhibit the finest that the “One Percent” can buy—the careful aesthetic judgment of the elite… the well-honed vernacular architecture of the world’s greatest empire at the peak of its power.

Instead, they are pathetic imposters. Too large to be livable. Too empty and monumental to be cozy. Too many angles… too many features… too much marble and stone—they are a “hormegeddon” to the domestic housing market. (See our book on the subject.)

They show not only the shallowness of its leading citizens, but also the emptiness of a late, degenerate, bubble-financed empire.

Nick’s Note: Bill says the source of unrest today is not the free market, race, the “One Percent,” or President Trump. It is not due to a lack of money or some rich guy having too much money. Instead, Bill says it has to do with a change made to the U.S. monetary system.

This change set in motion a sequence of events that is still unfolding today… one that Bill believes is already reaching a sudden and devastating conclusion for this country. Click here to read more.

Bill’s top technology expert, Jeff Brown, has personally invested his money in 89 of the world’s most promising breakthrough technologies. He says the “God Key is more valuable than all of them combined.”

Jeff says there’s a chance you could multiply your wealth several times over the next 12 months—thanks to the “God Key.” And much more over time. Click here to learn more… 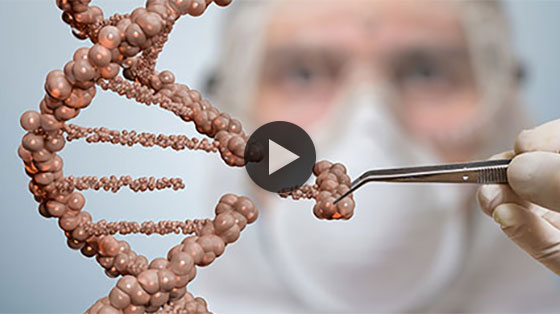