2019 was a year of convergence of several technologies into something extraordinary. These technologies will have a radical impact in the near future… And they’ll change our lives.

The great thing about investing in technology is we don’t care about stupid monetary policy or anything related to macroeconomics. We just get stuff done.

We invest, we build, we cure cancer, we cure blindness, and – I’ll even be so bold as to say – we will discover extraterrestrial life in the very near future, given all the exciting developments.

How Fast Are We Self-driving?

Today, I’d like to start off with autonomous vehicle technology and how quickly it’s advancing. This technology is a little bit sneaky… It’s out there, but we might not see it and feel it every day.

We might not have self-driving cars in our own neighborhood yet, but that’s one of the reasons I spend so much time on the ground researching to see what’s actually happening.

If we look at how many autonomous vehicles Tesla has deployed already, about 750,000 Teslas are out there with all the hardware necessary to be fully autonomous.

And the first ones hit the market in 2014, so they’ve been around for five years. Only about 50,000 don’t have the hardware in them. And as you can see, this is growing exponentially. Tesla will have more than a million vehicles on the market within the next 12 months, all capable of driving themselves.

And these Teslas have driven themselves 1.6 billion miles as of July. This year, it’ll be 2.2 billion, and within 18 months after that, we’ll be looking at 10 billion miles driven. That’s exponential growth.

And here readers can see it in action.

People Sleeping in a Tesla on Autopilot

So in the passenger’s seat is a woman who’s sleeping. And in the driver’s seat, a gentleman has his head turned over on the wheel. And the funniest bit of this video is this: The person trying to take a video of this self-driving car is the most dangerous part of the situation.

It’s just one example of how fast this technology is progressing.

Manufacturers Are Teaming Up With Tech

Besides Tesla, Lyft – the ride-hailing company – has led one of the most prolific self-driving technology deployments. By May 2019, Lyft had 50,000 self-driving cars in Las Vegas.

And the company behind Lyft’s progress is Aptiv, one of my favorite companies in the autonomous driving technology space. And on September 23, 2019, Aptiv announced a $4 billion joint venture with Hyundai, a South Korean automotive manufacturer.

In the industry, we’re seeing manufacturers teaming up with tech companies. They’re choosing their partners and deciding whom to team up with to bring autonomous driving tech to the industry. It’s amazing how many people in the industry don’t recognize how fast things are moving.

And another great company in this space is Starsky Robotics, one of my favorite early stage companies. I’ve talked about Starsky before in my eletter The Bleeding Edge. It’s literally driving semitrailers up and down the highways in Florida, and there’s nobody in the front seat.

Here is a picture from June showing the first fully autonomous semitrailer delivering freight in the United States. 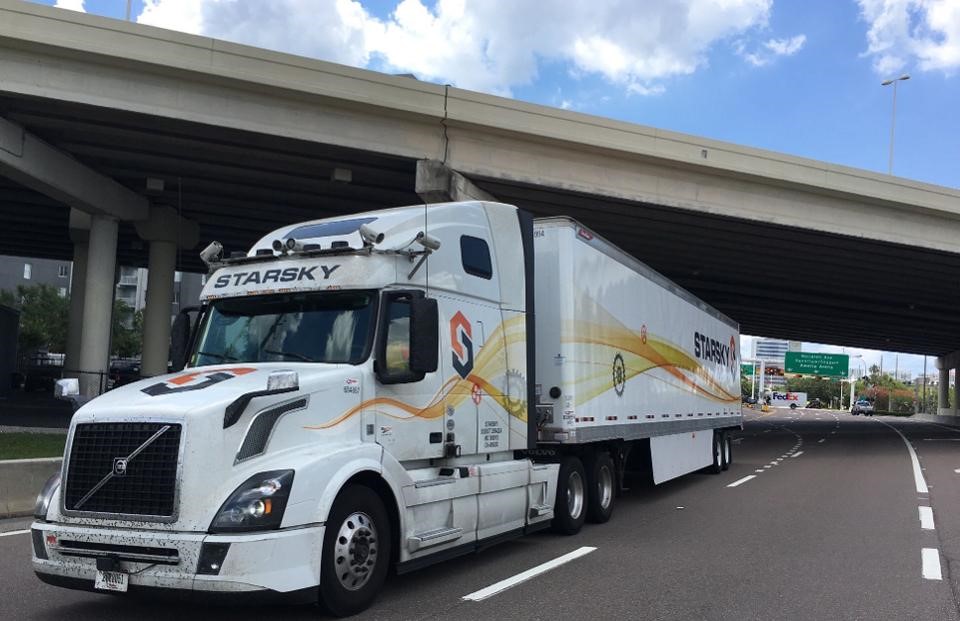 There was nobody in the front seat. The trailer navigated a rest stop and drove 55 miles an hour up and down the highways.

Its control center is in Jacksonville, Florida. It is connected wirelessly. So if there’s a sticky situation like backing into a loading dock, a human truck driver – somebody who’s got years of experience – can be wirelessly connected with the cabin. He can control it completely.

And I can’t talk about self-driving tech without talking about Google. Its parent company is Alphabet; the self-driving division is Waymo. Now, Waymo just gave a presentation in August in the U.K., and its claim to fame – its street cred – is that it’s driven 16 million kilometers.

Waymo’s Time on the Road 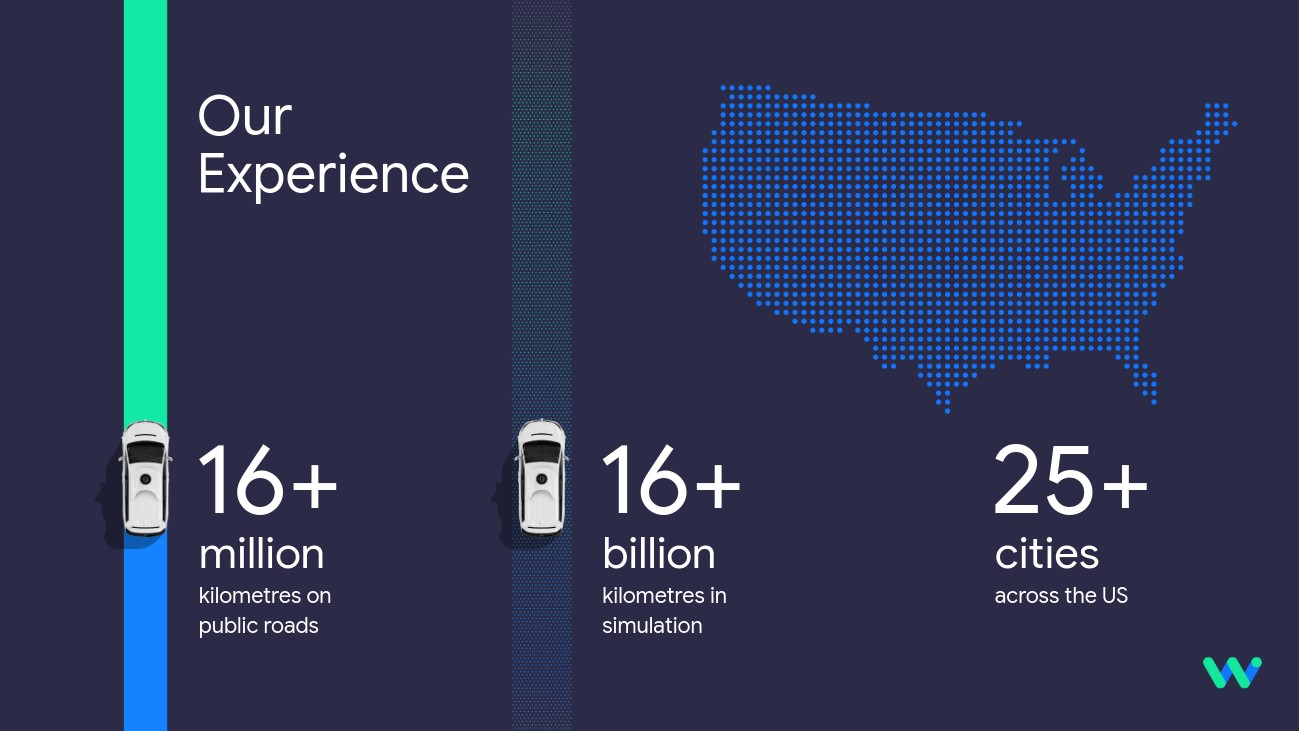 And I’ve talked before in The Bleeding Edge about how Waymo’s deployed its self-driving cars in a ride-hailing service like Uber or Lyft. Phoenix is the first place where it deployed self-driving vehicles. Anyone who lives in the area should sign up for early access.

Why We Want Full Autonomy in Our Cars

As my last point today, let me address one final topic in relation to self-driving cars. Here’s an example of why the world is moving toward fully autonomous and not semiautonomous driving.

These are Google employees who were told to sit in the car, attentively looking forward, ready to grab the wheel just in case something goes wrong. But in the video, we see them applying makeup… and sleeping, of course.

I sat in the first Google self-driving car in 2011, and it was ugly. It was full of computer servers and hardware and equipment. The trunk was packed, the backseats were packed, and even the passenger’s seat was packed.

In 2013, it looked a heck of a lot better. But there was no way I would have slept in a car in 2013 like that. That was dangerous. And that informed Google it had to go fully autonomous.

There’s nothing in between. It’s either cruise control, or it drives itself. You can sleep. And that’s why the industry has been racing so much to get this technology live.

So if you’re wondering where to invest in 2020, let me answer that question for you: technology. And to learn about my No. 1 tech stock for 2020, click right here.