We’re in the longest bull market in history… at least according to some people.

But, Forbes says the market hasn’t reached a milestone—yet.

The magazine says the longest bull run belongs to the 12 1/2-year period running from October 1987 through March 2000. The current bull market would need to run through 2021 to break that record.

Part of the problem is that defining a bull market is difficult.

Market analysts generally define a bull market as a period when stocks keep going up without falling more than 20%.

But that number is arbitrary…

For example, on October 11, 1990, the market fell by 19.9%, which technically isn’t the end of a bull market. Some analysts round up to 20% and say the rally ended there. (Seriously, that’s the debate some journalists are having right now.)

We won’t get into semantics… What’s important is that the bull market is nine years old and counting.

Of course, people who see the glass half empty think we’re “due” for a big pullback… or even a bear market.

But just because we’ve been in a record-long (depending on whom you ask) bull market doesn’t mean it will end soon.

In fact, we could see even higher gains from here. That means there’s more time for you to profit…

It’s not because we get caught up in the headlines… We’re bullish because the data backs us up. Right now, three of our favorite indicators are flashing buys.

The first is Dow Theory. We told you about this indicator back in July 2017.

When both indexes are in uptrends, Dow Theory says you should buy.

Today, both indexes are in confirmed uptrends. In fact, the transportation index closed at a new high on Tuesday.

Another signal we look at is credit growth. As long as people are borrowing, the economy is growing.

And credit is still growing. According to the Federal Reserve Bank of New York, credit grew to a new all-time high in 2018.

The third indicator we look at is corporate profits.

As I wrote in August 2017, the market usually rises in tandem with the profits of S&P 500 companies.

And with President Trump’s tax cuts coming into full effect this year, we expect profits to surge 33%. The market typically doesn’t go through a major decline when profits are surging.

The fundamentals are pointing to a continued bull market. That means you should continue to own stocks.

When Will the Ride Be Over?

You’ll hear many pundits trying to call a top of the market. Ignore every one of them. Instead, watch for the signs I mentioned above…

If you’re wondering when to sell, there’s no hard and fast rule. But one thing I like to watch is price action. It’s often a great indicator of market psychology.

As long as the S&P 500 stays above these lines, we’re in a bull market… and you should continue to hold onto your stocks.

P.S. Have you stayed on the sidelines waiting for the bull market to crash? Tell us how you’re playing this record run right here…

From Ira C.: Talking about secession by states is just nonsense! We already fought a war over it and settled the issue. What a waste of time.

Have you seen these strange-looking metal poles in your city?

Most people have no idea what they’re for. But in just a few short years, these towers could completely upend the entire $479 billion smartphone industry… and make well-positioned investors rich. 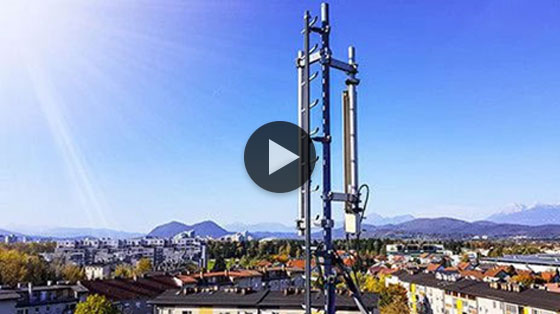