That may be a slight exaggeration… but it’s not far off from reality.

As you’ll see, there’s an important reason the U.S. central bank (the Federal Reserve) and central banks around the globe have lowered interest rates to 5,000-year lows… The U.S. government has a near-incomprehensible debt problem.

The national debt now stands just south of $20 trillion (that’s a 20 with 12 zeroes behind it). The Money Project shared some statistics to help put this staggering number into context. Here are some highlights…

The $19.5 trillion is only the existing debt. And that doesn’t account for unfunded government liabilities like Social Security, Medicare, and Medicaid. Boston University professor Laurence Kottlikoff estimates the “real” amount owed is $211 trillion. Here’s what he said in a Bloomberg editorial piece on the problem:

Then there’s the problem of debt “acceleration”…

Sovereign Man reports it took the U.S. government 74,984 days (more than 205 years) to accumulate its first trillion in debt. It took an additional five years to rack up the second trillion.

Now the government accrued its most recent trillion in about 14 months.

[If you want a visceral reminder of how fast the debt is accelerating, you can watch it happen in real time at the U.S. Debt Clock website. Every seven-tenths of a second or so, another $10,000 is added—and growing.]

So it should surprise no one that over 90% of federal tax revenues—which just hit an all-time high in the first half of 2016—go to cover entitlement programs and interest on the national debt. The rest of the federal budget—everything from the military to national public radio (NPR)—gets funded through more borrowing.

Here’s why that matters…

Forbes reports a return of interest rates to their historical average of 4-6% would see almost all of existing tax revenue go to service just the interest on the national debt. The budget deficit would spike by at least $500 billion per year.

So if you were under any illusions that you may soon save your retirement through higher interest rates at the bank… let them go right now. The U.S. government has $19.5 trillion reasons to lean on the Fed to keep rates low.

What to do about it now

We’ve covered the extreme fiscal forces decimating American savers and retirees over the last week in the Daily. The worst thing most investors do in our low-interest environment is “reach for yield.” That means they buy up some of the riskiest assets out there to find some source of passive retirement income.

Most of the time, these investments do not end well. (If you’re afraid you may be one of these people, review the Palm Beach Letter portfolio right away. It will protect you from the largest pitfalls out there.)

At PBRG, we recognize the dire straits our readers are facing today. That’s why we’re doing something totally unprecedented in our history…

You’ll only get one chance to participate in a special event like this—wherein we’ll share our best income-producing ideas. They’ll help you start bringing in extra income monthly, weekly, and even daily… while also helping you shield your wealth from Wall Street… and showing you some clever (and legal) ways to keep your money off the IRS grid.

Click here to sign up for this 100% free retirement-saving event. You’ll receive three free, instant income opportunities (including one that can pay in the next 48 hours) just for attending. 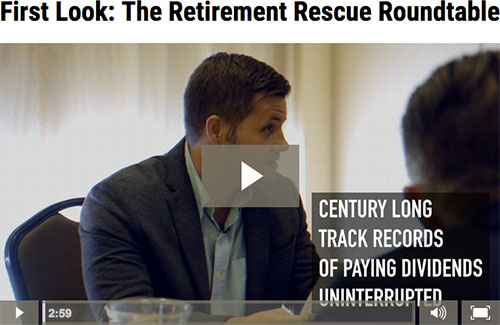