At the Daily, we want to prepare you for this exclusive first-time event. In today’s essay, Teeka explains why cryptocurrencies have been getting a bad rap lately…

Bitcoin is “antisocial, stupid, and immoral.”

That’s how investing legend Charlie Munger described the most popular cryptocurrency in the world.

Munger is the right-hand man of Warren Buffett… and the vice chairman of Buffett’s Berkshire Hathaway company.

Yahoo! Finance interviewed Munger during the company’s annual meeting in May. That’s when he called bitcoin a “combination of dementia and immorality.”

(Note to Charlie: Bitcoin is probably the most moral currency out there. Unlike the U.S. dollar and other fiat currencies, central bankers can’t print bitcoin into oblivion. So its value doesn’t erode through inflation.)

But Munger didn’t stop there…

“Suppose you could make a lot of money trading freshly harvested baby brains,” he continued. “Would you do it? To me, bitcoin is almost as bad.”

Not to be outdone, Buffett then likened bitcoin to “rat poison, squared.”

I’m not exactly sure how bitcoin and baby brains are related… But I do think good old Charlie is out of his league here.

Look, Munger and Buffett have imparted tons of investing wisdom over the decades. I’ve studied both legends at depth… especially when it comes to their specialty—value investing.

But I think they’re absolutely off the mark when it comes to the new cryptocurrency asset class.

It’s been 22 years since I’ve seen a bull market like the one we’re in now with cryptocurrencies.

I can’t overstate how profound this is…

I won’t blame you if you think bitcoin is just a fad… or akin to “rat poison, squared.”

Why would you put your trust in a digital construct like bitcoin? On the surface, it seems like madness. It flies in the face of sensible wealth-building—the kind that legends like Buffett and Munger advocate.

But consider this… Bitcoin is now nine years old. That’s three years older than the internet bubble. It’s outlived the real estate bubble and the financial crisis… and it’s now worth about $115 billion.

In recent times, it’s outpaced the run-up in stocks, bonds, gold, and silver. Has the whole world gone mad? Is bitcoin just a “hyper-bubble”?

I understand if you have reservations about cryptocurrencies like bitcoin…

But we do not live in a normal world anymore…

That’s why I’m writing to you. I want to show you why cryptocurrencies belong in everyone’s wealth-building plan.

We’re Not in a "Normal" World

We can thank the relentless power grab by the world’s governments and central banks for making bitcoin and other cryptocurrencies a viable financial product.

As governments impose their will on the population… people will use digital currencies like bitcoin to win back their freedom of choice.

Whether it’s the loss of financial privacy… devaluation of paper money… capital controls in China and elsewhere… or government-sponsored payment bans… digital currencies like bitcoin are stepping in to bridge the gap between what the people want… and what governments will "let" them have.

Cryptocurrencies like bitcoin meet a need that no other conventional asset can: freedom and virtual anonymity.

As governments seek more and more control, they’re actually creating a bigger and bigger market for bitcoin and other digital currencies.

As we see governments trample citizens’ rights even further, it will be cryptocurrencies that step in to give us our freedom back.

Naturally, this makes a certain type of person nervous…

In 2013, famed economist Paul Krugman penned an article titled, “Bitcoin Is Evil.” And he still stands by that position. In 2016, he said that bitcoin was in a “bubble” when it was at just $350. Since then, bitcoin is up 1,850%. That shows you how smart Krugman is.

In 2014, Seth Klarman (another one of our favorite value investors) said that “bitcoin is yet another bandwagon we are happy to let pass us by.” Since then, bitcoin has risen as much as 50 times higher. If your money manager said that he was okay with leaving a 50-bagger on the table, how long would you keep him around?

In 2017, JPMorgan Chase CEO Jamie Dimon said that he’d fire any of his employees who traded bitcoin for being “stupid.” He also called bitcoin a “fraud.” (Dimon later said that he regretted calling bitcoin a fraud.)

Not only were these guys wrong… they missed out on the greatest investment opportunity of the 21st century.

Now, these guys are successful, and they’ve made billions. But cryptos aren’t their expertise.

If Charlie Munger told me about a great value idea, I’d back up the truck and buy. But I wouldn’t listen to his advice on bitcoin.

But that’s not the biggest reason why I choose to ignore them.

Do you know how much JPMorgan has paid to settle allegations of fraud during Jamie Dimon’s tenure? It’s in the billions. And there’s more… We’ve come to discover that while Dimon was calling bitcoin a fraud and knocking the price lower, his traders in London were actually buying bitcoin.

Recently, Munger called bitcoin a “noxious poison,” while at the same time saying that Wells Fargo (Berkshire’s second-largest position) should be given a break by regulators.

Wells Fargo has been fined billions of dollars for falsifying millions of customer accounts… mortgage records… and auto insurance records—all to pump up fees. And Munger says that they should be given a “break.”

I can barely breathe through the hypocrisy.

In a blockchain world, Wells Fargo could never commit the fraud it’s been found guilty of. That’s because records are tamper-proof when they’re secured by a blockchain. No wonder the bankers and the old guard are so scared. In a blockchain-enabled world, we don’t need their institutions.

I’ll leave you with this thought…

If you are a lover of personal freedom, then you owe it to yourself to get educated on how digital currencies can liberate you from the limitations, onerous fees, and stifling regulations of our current financial system.

P.S. Tomorrow at 8 p.m. ET, I’ll tell you the truth, the whole truth, and nothing but the truth about cryptocurrencies.

This event is so big, I’ve teamed up with media personality Glenn Beck to broadcast it live online from Glenn Beck’s Dallas studios. We’re calling it “The Great Cryptocurrency Conspiracy of 2018.”

I’m so confident cryptocurrencies are going much, much higher, that I’m giving away $2 million dollars worth of bitcoin during this exclusive and free presentation with Glenn so you can see the proof for yourself in your own trading account!

Plus, you’ll get my top three cryptocurrency recommendations for July 2018—all for free.

Space is filling up. So reserve your seat for this free event today…

Nick’s Note: For the first time, Teeka is pulling back the curtain and showing Daily readers actual conversations that he’s having with his network of key movers in the cryptocurrency space.

Teeka hardly discloses these discussions to the public, so this is rare insight that you won’t find anywhere else.

In this raw footage from one of his recent insider discussions, Teeka talks to a partner at global law firm Reed Smith—one of the most active teams in the cryptocurrency space.

Teeka asks him about the overall trajectory of institutional adoption of cryptocurrencies. You’ll be surprised by what he has to say…

They’re hosting a live event on July 19, during which Teeka will reveal three FREE cryptocurrency recommendations.

You’ll also learn how you can claim a share of the $2 million bitcoin giveaway.

Get the details from Teeka and Glenn below… 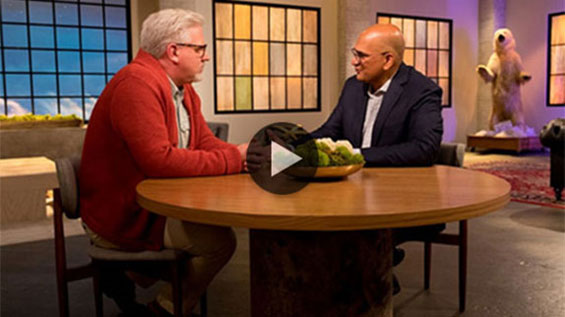