Nick’s Note: At the Daily, we consider cryptocurrencies smart speculations. You only need to bet tiny sums on them to potentially make life-changing gains.

However, some cryptos can provide a hedge against chaos. In fact, longtime readers will know that’s what originally attracted us to bitcoin (read here and here). As my colleague Greg Wilson points out in today’s essay, bitcoin remains a safe haven for people living in economic turmoil…

For foreign tourists in Turkey, it’s a shopping bonanza.

Upscale shops like Louis Vuitton and Chanel are seeing long lines outside their doors.

Turkey’s currency, the lira, has lost 45% of its value against the U.S. dollar so far this year.

For foreign tourists, this is great. Their money goes further in Turkey. But for the locals, it’s an alarming trend.

Said Turkes, “Even basic things like butter and vegetables have increased a lot over the last few months. It’s very worrying when you see the prices go up week by week.”

To defend themselves, Turks are turning to a currency that’s not controlled by governments: bitcoin.

I’ll tell you why they’re using bitcoin in a moment. But first, you need to understand that the Turkish lira crisis is not a one-off story.

From 2012–2013, Cypriot banks got into trouble lending money to Greece. When the Greek economy performed poorly, the banks went broke.

In response, Cyprus asked the European Union for a bailout. But it ran into strong opposition.

That led to a run on bank ATMs and bank holidays. And many Cypriots flocked to the streets to protest their government.

Now, Cypriots don’t trust their government like they did in the past.

Another example is Venezuela.

The country is seeing record hyperinflation. So far in 2018, the annual inflation rate in the country is over 25,000%.

To put it into perspective, consider a cup of coffee in Venezuela. Two years ago, it cost 450 bolívars (less than a penny). Today, it costs 1 million bolívars ($4).

The problem won’t get better anytime soon. The International Monetary Fund (IMF) estimates Venezuelan inflation could top 1 million percent before the year is out.

If that’s the case, a cup of coffee in Venezuela could cost 4.5 million bolívars.

It’s having a devastating effect on the country and its citizens. Most people are unable to afford basics like food and medicine. It’s a struggle to survive.

Venezuelans lost faith in their government long ago.

So what have Cypriots and Venezuelans done in response?

They’ve both turned to a currency not controlled by a government: bitcoin.

Back in 2013, bitcoin was still more of a financial curiosity. But that didn’t keep Cypriots affected by the crises from buying it.

Venezuelans flocked—and continue to flock—to bitcoin as well. To them, bitcoin is a matter of survival.

Many use the country’s free electricity to mine bitcoin. And many others take whatever bolívars they make and convert them to bitcoin.

The LocalBitcoins volume in Venezuela continues to set records to this day.

With that in mind, can you guess what Turkish citizens are buying now?

It’s no surprise that Turks are turning to bitcoin as their currency crisis unfolds.

Bitcoin trading at BtcTurk, a Turkish crypto exchange, is up 350% in recent days… And we expect the trend to continue.

As one bitcoin user in Istanbul stated, "Cryptocurrency makes me feel much safer."

No government or bank owns bitcoin. And it has a fixed supply.

Politicians and economists can’t inflate it away. And they can’t steal it from you.

You never know when you’ll be part of a financial crisis. That’s why you should consider adding bitcoin to your portfolio today.

Bitcoin and other cryptocurrencies can be volatile. So we always recommend taking a small position size.

From Ron G.: John, the first such attempt of states trying to leave the United States led to the not-so-Civil War. Texas joined with the provision that it could split into five states. If we’d allowed Texas to split, I believe the Supreme Court would have shot it down.

From Gary S.: Just a comment about John Stossel’s interview: It’s virtually impossible for a state to secede from the U.S. Imagine that Texas did so. That would mean that every business in Texas (such as American Airlines) would now be a foreign business. So that means you’d be flying into a foreign country.

Texas oil fields would be foreign. Any oil flowing to Texas for processing would be headed to a foreign country. We would need international agreements between a new Texas nation and the U.S. It’s never going to happen. Breaking a state up… Now, that might work.

Have a question or comment for us? Send it right here…

Get the full story right here… 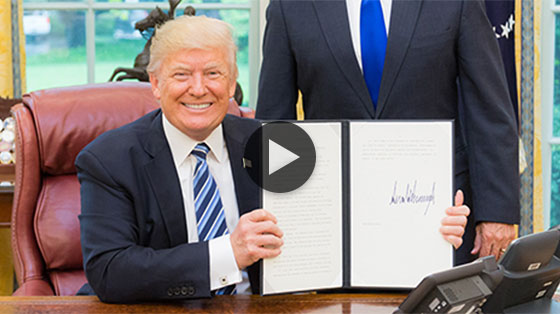