Nick’s Note: Regular readers know we like gold. It’s the original chaos hedge—and one of our favorite ways to preserve wealth. That’s why we recommend that you allocate a small amount of gold (about 5%) to your portfolio.

For many people, gold is a safe, boring asset. But PBRG friend E.B. Tucker—a former partner and executive at a gold investing firm—says buying gold doesn’t have to be boring. In fact, E.B. says hunting for gold coins can be both profitable and exhilarating.

Today, I’m going to tell you about one of the easiest—and most fun—ways to buy and own gold.

I’ve done this for many years, buying dozens of coins for less than fair market value. I’ll share an under-the-radar way you probably haven’t considered before to build a valuable gold coin collection. I’ll give you all the details on how it works… and share my best and worst experiences.

But first, it’s a good time to remind everyone why it’s a good idea to own a few gold coins. Gold is money. What’s in your wallet is currency. Currency exists by government decree. But money has value outside of the government’s purview.

Let’s not make a federal case out of this. I’m sure you’ve read essays on why these definitions matter. All of those points are valid. However, don’t let them distract you from the bigger picture. Just a little physical gold held off the grid might end up being the one asset you own that still has value when you badly need it.

I prefer to own a specific type of one-ounce gold coin. And I prefer to buy that coin in a very specific way. Here’s exactly how I do it…

How to Unlock Big Value When You Buy a Coin

The value of a government-minted gold coin has two components. The first is the amount of gold in the coin. That’s called the “bullion value.”

The second is the rarity and condition of the coin. That’s called the “numismatic value.” 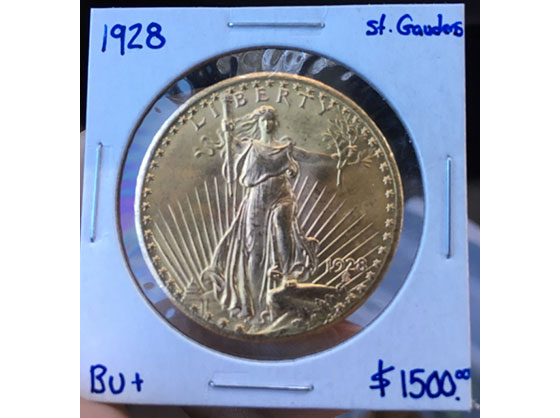 I bought this coin from a local jewelry store. I met the owners through mutual friends. They’re nice people and have been in business for decades.

You’ll notice the paper display case says $1,500. Jewelry stores tend to put a higher price on these paper display cards to protect against gold shooting up overnight and profit walking out the door. If you ask for a current price, they’ll typically look into a book called the “grey sheets.” All jewelry stores have one of these behind the counter.

Grey sheets are a pricing service giving the unrated value of nearly all collectible gold coins. When using this pricing method, the store makes sure it captures a small spread between what it pays the seller and charges the new buyer. In this case, the grey sheet selling price was $1,250.

I was happy to pay $45 over the price of gold for this coin. I looked closely at the coin with a jeweler’s loupe before I bought it. I do this to get a close look at the face of the coin. The better the condition of the coin, the better my odds are of capturing collectible value. This one looked like a potential winner.

I took the coin to the post office and mailed it to Professional Coin Grading Service (PCGS) in California. There are dozens of rating services. But in my experience, PCGS is the best. When you go to sell a coin, dealers have the most respect for a PCGS rating. For a small fee, you can join PCGS, which gives you the right to submit coins for grading.
A few weeks later, I got the coin back from PCGS. Turns out, it rated very high (MS65+). 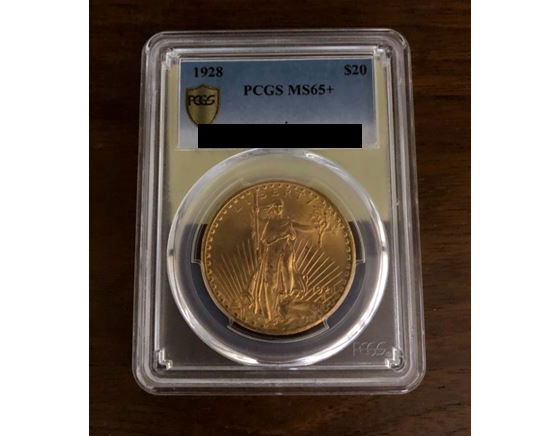 PCGS rates coins on a grading scale from ungradable and barely recognizable, all the way up to an MS category. That stands for “Mint Standard.”

The highest rating is MS70. My coin rated MS65+, meaning several notches below a perfect 70. However, perfection is not necessary for an 80-year-old coin. A rating of 65 is very good. The additional “+” at the end means this coin almost rated 66.

I like collecting Saint-Gaudens coins because they’re easy to track by year. Some years have the “In God We Trust” motto; some don’t. Congress and the president disagreed over including the motto.

While not impossible, it’s uncommon to see a fake Saint-Gaudens. Certain years, however, are extremely rare.

In 1933, for instance, President Franklin Roosevelt ordered the Treasury not to pay out gold. Of 25,000 struck that year, 10 vanished in the process of melting the uncirculated coins. One of those 10 surfaced at a Sotheby’s auction in London in 2002, selling for $8 million. If you find you own one of these elusive coins, don’t tell anyone… It’s a federal offense to possess it.

One of My Less-Successful Experiences

While I have not encountered a fake Saint-Gaudens in my collecting, I have had a few duds. 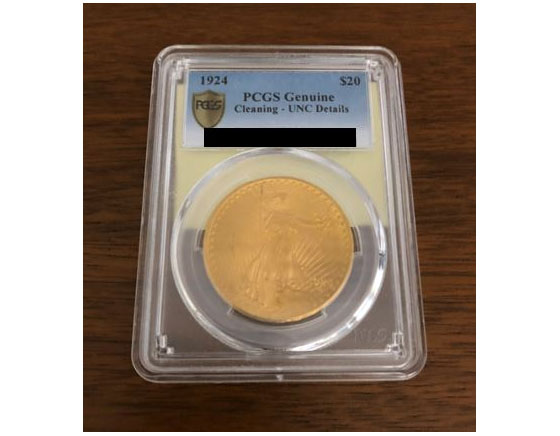 Coins cleaned with an abrasive lose their collectible value

This coin came back rated “cleaned.” That means someone tried to make it shiny using a cleaning solution and a rag. You can imagine why an unexperienced owner would assume the shinier, the better. However, that’s not the case. Natural wear on a coin is normal and grading services look for that.

This coin is worth roughly the price of an ounce of gold. If I break open the secure case and take it to a jewelry store, they’ll only pay me the grey sheet price for the coin. That means I lost the $113 premium I paid and the cost of rating the coin. All together, it’s fair to say I lost $150 on this coin.

Keep in mind, over dozens of experiences, this is my worst one. I’ve had far more winners than losers. If I tallied up all of the coins I’ve purchased and sent away for grading, it’s safe to say I’ve unlocked a 20% profit on average through following this process.

Anyone Can Do This

Anyone can collect gold coins this way. The next time you’re near a jewelry store, stop in and ask them if they have any Saint-Gaudens for sale. Hunting for the coins is half the fun. The way most jewelry stores end up with these coins is also interesting.

One jewelry shop told me a local bank brings them most of the coins that end up in the display case. When people die without a will, the bank drills open their safe deposit box. It has a duty to determine fair market value for everything in the box. The jeweler pays the bank the grey sheet value for any coins that come in.

I prefer hunting for Saint-Gaudens gold coins at jewelry stores over coin stores. Coin stores know all too well what these coins are worth. You can be sure they’ll send out the best coins for rating and capture the difference in value.

Jewelry stores, on the other hand, don’t care much about sending coins out for rating. They’re happy capturing the grey sheet spread brokering the sale. They’re far more interested in selling off an estate’s old watches, rings, and bracelets.

If you think about this, I’ve been able to profit from doing something any of these former coin owners could’ve done while they were alive. If the bank brought in coins encased and rated by PCGS, the jeweler would have to pay them a fair market price based on quoted value. Instead of the $1,250 I paid for the MS65+, the bank would have received over $2,100.

So if you happen to have a hoard of Saint-Gaudens coins left from a former time, you might consider sending them off to PCGS for grading. This would protect your collection from ending up in the hands of an alert collector like me…

P.S. Tonight at 8 p.m. ET, I’ll go on record with my next big prediction during a free investment summit. In short, I believe we’re looking at the growth of a new market from essentially $0 to potentially $400 billion in a matter of years. And three well-positioned stocks are expected to take the lion’s share of profits.

You don’t want to miss this. Go here to register for free…

Both the U.S. and China need better relations… They both know they’ll lose without a trade agreement. For various reasons, China will be very difficult to deal with. China thinks 10–15 years ahead rather than to next quarter. And like the U.S. and other countries, China’s focusing on moving its manufacturing offshore.

China’s drone technology is also superior to America’s. It recently made a soft landing on the far side of the moon and has satellites orbiting Earth. Many nations are now using China’s satellite services, bypassing the U.S. FAST system. So the U.S. needs to protect its reserve status, which is under attack.

His previous predictions have given early investors the chance at gains as high as 270%, 1,011%, and more.

You can get all the details on his latest idea below… 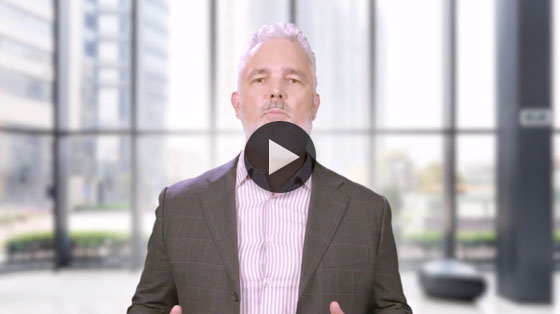