“It’s going to feel like the world is coming to an end.”

He’s long-term bullish on the overall market. Lately, Big T has been beating the drum on cryptocurrencies. But the markets are where he earned his stripes…

So when Big T recently told me he’s worried about the market, I did a double take:

I’m very worried about the market today… I’m seeing many indicators that show the market internals are weakening. I think we’re going to see a mini market correction really soon… And it’ll scare a lot of people.

Big T is a guy we love to follow. He has investing in his blood.

At the age of 18, he begged to get his first job on Wall Street. By the time he was 20, he was the youngest VP in Shearson Lehman history.

He also managed a private fund. It got so popular that it had to be closed to new investors.

So when Big T speaks, we listen.

And he’s seeing something scary in the markets today that I want to share with you… But if you play it right, he says it could be a great buying opportunity.

The Tide Is Rising, But Most Boats Are Sinking

Big T’s still long-term bullish. But he’s seeing cracks in the market over the short term.

He told us what he’s most worried about is something called the “market breadth.” That refers to the number of stocks that are rising along with the market.

Think of the market as a tide. As the old saying goes, a rising tide lifts all boats. But that’s not what’s happening…

Generally, when the market is rallying like it is today, numerous stocks would be flashing “buy” signals.

Here’s the thing. Those signals aren’t flashing like they should.

The New York Stock Exchange Bullish Percent Index measures the percentage of stocks that are flashing buy signals. The higher the number, the more sustainable the rally.

The index peaked in January. Since then, the market has risen, but fewer stocks have flashed buy signals (see chart below). Big T says giant companies like Facebook and Netflix are doing most of the heavy lifting in the markets right now.

But eventually, the sheer number of declining stocks will overpower the heavy lifters. When they do, a pullback may follow.

Although a 3–5% drop is a normal fluctuation in the market, Big T doesn’t think investors should overreact and sell out of all their positions:

Yes, it’s a small fluctuation… but it won’t feel like it. We haven’t seen a large drop since before the presidential election. No one is used to seeing that kind of volatility. It’s going to feel like the world is coming to an end. And in the markets, perception is reality. People will want to sell everything. But that’s the wrong thing to do.

Here’s why Big T says you shouldn’t sell everything on short-term volatility:

Short, sharp pullbacks are normal in long-term bull markets. The key is to not get shaken out of your good companies. Rely on your stops to keep you safe. And if you have new capital to put to work… invest it in this drop. Because this will be the shakeout before one of the most epic bull markets in history.

We agree with Big T. If there’s a pullback, it will be a great buying opportunity.

So don’t sweat any volatility. Long-term, the market will bounce back.

P.S. One area that Big T told us he remains bullish on is cryptocurrencies. Starting Thursday, he’ll be hosting three special training seminars covering this new asset class. During the seminars, Big T will show you how his readers have had the chance to make as much as 170%, 199%, 206%, 286%, and even 509%—in as little as 13 days—making “asymmetric trades” in cryptocurrencies. Stay tuned…

Now, a special Chart Watch from our colleague Justin Spittler, a top analyst at Casey Research. Justin warns investors to watch out for what he calls “animal spirits.”

Animal spirits have come roaring back.

“Animal spirits” is a term that finance guys use all the time. It refers to the human emotion that drives consumer confidence.

When animal spirits are weak, people are fearful about the economy.

When they’re strong, people are excited about the economy.

I’m telling you this because Donald Trump has awoken the market’s “animal spirits.”

Just look at the chart below. It shows the Conference Board Consumer Confidence Index since 2000. This index measures how confident everyday people feel about the economy and their own finances. You can see that consumer confidence soared after Trump won the U.S. presidential election on November 8. It’s now at the highest level since 2000.

A lot of folks might even look at this chart and think that now’s a good time to buy stocks.

But that’s a very dangerous assumption.

You see, you don’t want to buy stocks when everyone else is buying them.

You want to buy stocks when everyone else is selling. That’s how you get the best deals possible.

Warren Buffett, arguably the greatest investor of all time, sums it up best:

This is why you should be nervous that consumer confidence is soaring… not excited by it.

The good news is that you can still protect yourself…

You don’t have to sell all your stocks, either.

Here’s how to stack the odds in your favor…

To make solid returns these days, you’re going to have to pick your stocks wisely…

I recommend you pick up some “consumer defensive” stocks if you haven’t already.

These companies sell stuff like toilet paper, shampoo, and milk. They’re durable businesses that can make money in just about any environment.

From Donald B.: I don’t understand why implanting a chip into a human makes him a cyborg [see our April 5 Market Briefs]. If I implant my cat with a chip, will she go out to the end of the driveway and bring back the newspaper? If I implant an employee with a chip, will he still need to go to the bathroom, to lunch, or to a coffee break? And will he still make mistakes?

Not only that… A chipped employee will want to get paid, plus get paid vacation.

Why did one of the greatest speculators of all time put $1 million into gold penny stocks?

Well, the last time he saw this opportunity open up, he made 86,900%. And he thinks you can make at least 10 times your money if you get in soon… 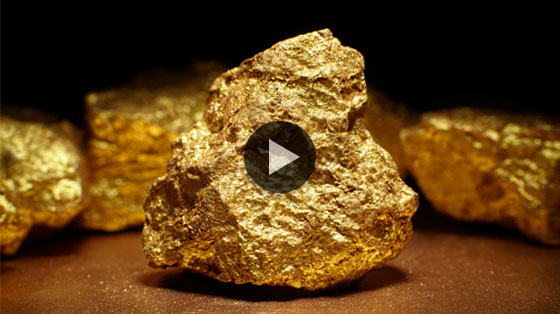