Nick’s Note: At the Daily, we believe saving money should be part of everyone’s strategy to build wealth for a dignified retirement. But meddling by the Fed has made saving harder for ordinary Americans to do.

Last week, investors didn’t know what to do.

On the one hand, they heard that inflation was ticking up.

On the other, they heard that retail sales growth had slowed.

Consumer price inflation, as measured by the government’s bean counters, surprised to the upside with a 2.1% reading for the last 12 months.

If the inflation growth rate from January alone continues, the Consumer Price Index (CPI) “print” at the end of the year will be 6.7%.

And this attack on investors’ nerves was aggravated by data from the real estate sector. Bloomberg:

Home prices jumped to all-time highs in almost two-thirds of U.S. cities in the fourth quarter as buyers battled for a record-low supply of listings.

Traders knew what to do: They hit the sell button.

Rising inflation will mean lower bond prices… and it will leave stretched consumers with less money.

But just as the Dow began to collapse, more data came in. This time, it was the report on retail spending.

As we reported last month, consumers were credited with having rescued the fourth-quarter GDP by digging into their piggybanks and emptying them to buy gewgaws and thingamajigs.

That bit of data should have caused investors to fly to safety, too.

We pause here to remind readers that savings are the key to economic growth and prosperity. Without savings, you live hand to mouth… consuming all that you produce.

Gradually, your machines, fields, and roads degrade. They must be continually renewed… with new factories and new businesses to offer jobs, compete in the market, and create wealth.

Without savings, progress stops… and then reverses.

The difference between a rich country and a poor one is the level of savings—stored-up capital—that is available for business and consumer use.

Savings are also important as insurance. You never know when mere anarchy will be loosed upon the land. You save money so you will have something to spend when it comes.

Of course, no one seems to think times will ever get rough again. And with the geniuses at the Fed, the saints in Washington, and the magicians on Wall Street – maybe, they’re right!

In any event, when the data started coming in from retail sales, it revealed that households seem to be running a little short.

“Skint,” they say on this side of the Atlantic.

First, December’s retail sales numbers were revised down. Then, January showed retail sales growth at a little more than half the expected 0.5% rate.

This was not good news, either. But when translated to modern trader talk, it came out as this: “Hey, the Fed ain’t gonna continue raising rates… not with this kind of retail sales report.”

Traders – conditioned by many years of Fed meddling to “buy the dip” – took the bad news as good news and bought more overpriced stocks. The Dow ended up 1%.

But markets are discovering new things every day.

Last week, they discovered that bond prices should be lower (taking into consideration a probable, but not certain, new “quantitative tightening” program from the Fed… as well as the latest print on inflation).

As prices fell, the yield on the benchmark 10-year Treasury note hit 2.92% – a four-year high.

Investors will discover that stock prices should be lower, too. That much is a certainty, though the timing is always unpredictable.

More broadly, they will discover that the whole shebang – the entire capital structure – is rotten.

For 30 years, the Fed has systematically discouraged savings…

…while the federal government’s appetite for spending the nation’s savings has greatly increased.

You can do the math.

In January 2017, there was about $8.8 trillion in savings stashed away in depository institutions in the U.S. (some of it belongs to foreigners). Today, there is $9.09 trillion… or an increase of less than $300 billion over the year.

Even if 100% of these savings were taken this year, it would only cover a quarter of the feds’ projected $1.2 trillion deficit.

We used to count on the Republicans to push back on deficits. They believed in small government and balanced budgets. But now, most of them lack all conviction – except in getting re-elected!

And the worst are full of passionate intensity…

…eager to snatch away every penny of other people’s savings.

Nick’s Note: Even with the Fed and the U.S. government doing everything it can do discourage you from building your wealth, there’s a far graver threat to Americans today.

What Bill uncovered, lurking beneath the mainstream media’s headlines, isn’t something you’ll find anywhere else. Click here to see it.

Could this one company be the key to Trump’s reelection?

According to our colleagues at Casey Research, this firm’s “silo” in eastern Texas could guarantee Trump’s victory in 2020.  See the story for yourself right here… 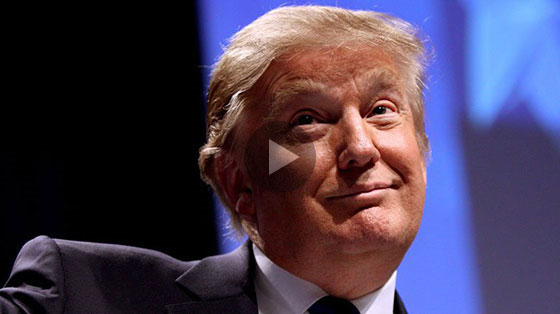