Nick’s Note: The mainstream media is full of misinformation and fearmongering about bitcoin and cryptocurrencies. But no one in the industry knows more about this space than our world-renowned team of experts at Palm Beach Research Group.

While the financial press continues to knock bitcoin, my colleague Greg Wilson, chief analyst for Palm Beach Confidential, says that major Wall Street institutions are building the architecture to adopt cryptos. The latest player to get in the game is a major one, too…

Goldman Sachs ushered in a new era when it developed its Commodity Index in 1991.

When it launched, no one was sure whether it would be successful.

The last time the CME had launched a successful new commodity futures contract was the mid-’60s. That’s when it listed pork bellies, live cattle, and live hog contracts.

And its newest product at the time, broiler (young chicken) futures, was a flop.

Making matters worse, agricultural futures volume at the CME had been declining for a half-decade.

Goldman Sachs was undeterred, though.

According to the firm, the futures trade would allow investors more flexibility and attract trade from index fund managers who were looking for a hedge against stocks and bonds.

They were right. The cash trade for Goldman’s new contract quickly surpassed $400 million.

And it attracted a host of institutional players, such as insurance companies and mutual funds.

By the time Goldman sold its index to Standard and Poor’s in 2007, it had an estimated $60 billion in institutional funds tracking the index. (Today, the index is known as the S&P GSCI.)

We find ourselves in a similar situation in cryptocurrencies today.

Indexes: A One-Click Way to Buy a Market

An index is a collection of stocks, securities, and some other investments that attempts to replicate a certain segment of the market.

The Goldman Sachs Commodity Index, for example, is comprised of 24 commodities from all commodity sectors. There are energy components such as crude oil, industrial metals such as copper, and agricultural commodities such as wheat—just to name three.

Institutions use indexes for several reasons. One is to provide a framework for portfolio construction and establish a universe of securities in which to invest.

An institution may decide, for example, that it wants 10% of its funds in commodities and use the GSCI to earmark that portion.

Indexes are also important for benchmarking performance. They give portfolio managers a way to measure the performance of their portfolios versus an index, called performance attribution.

Beyond that, institutions also use indexes as the basis for investment vehicles such as mutual funds and exchange-traded funds (ETFs).

The benefit of indexes is twofold:

It’s no surprise then that indexes continue to rise in popularity and importance.

Vanguard is a good example. John “Jack” Bogle, who founded Vanguard in 1975, is credited with launching the first-ever index fund. And it has been a wild success.

We’ve come a long way since those early days. Today, there’s an index for just about everything. So when a new one comes out, it’s worth checking out.

In May, we saw the launch of the Bloomberg Galaxy Crypto Index (BCGI).

The Galaxy part is Michael Novogratz’s Galaxy Digital Capital Management, a leading digital asset management firm. Bloomberg will own and administer the index.

Now, the BCGI isn’t the first cryptocurrency index to launch… But it’s the first to include an industry stalwart such as Bloomberg.

The market capitalization-weighted index tracks the performance of the largest, most liquid assets in the crypto universe.

Here’s why it’s significant: According to Bloomberg and Galaxy, “The creation of the index marks an important step in the evolution of the digital assets space, facilitating diversified exposure as well as independent benchmarking for investors.”

That means the benefits we’ve seen from indexes such as the GSCI are coming to the crypto universe.

According to Novogratz, the index is a key component of moving toward institutional acceptance of cryptocurrencies.

And the index, along with custody solutions and regulatory clarity, will help take the crypto universe to a valuation of $20 trillion.

Considering the whole universe is valued at less than $300 billion today, that means there’s plenty of upside ahead.

It’s called The Great Cryptocurrency Conspiracy of 2018. And it’s free to attend. You just need to reserve your seat by clicking here…

Click here to discover what he was clued into… 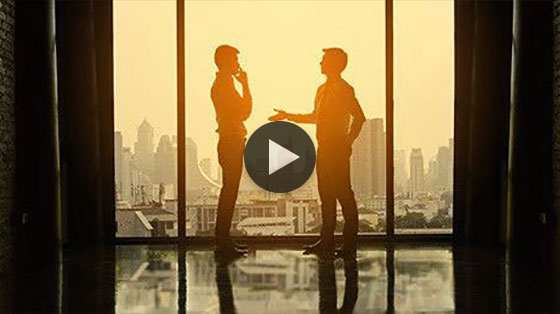