Nick’s Note: Last week, China announced it would ban certain types of cryptocurrency sales. Some are saying this will mark the end of the great crypto bull run. But today, my colleague Greg Wilson will tell you why that’s not true. And why governments are powerless to stop the cryptocurrency revolution…

China is at it again…

On September 4, the government banned all initial coin offerings (ICOs) in the country.

The Chinese government ruled that ICOs are illegal fundraising that may involve scams.

Cryptocurrency prices plunged on the news.

As of this writing, Chinese coins have lost over 20%… bitcoin dropped 11%… And the overall market has lost 16%.

If you’ve been following cryptocurrencies for some time, you’ve seen many stories like this one out of China. The country has a history of shocking the market with its pronouncements.

But if you are new to cryptocurrencies, then the recent news can be quite disturbing.

You may even be thinking of selling your bitcoin and getting out of cryptocurrencies altogether.

But that would be a mistake.

Today, I’ll give you two reasons why the cryptocurrency bull market isn’t over.

In December 2013, the People’s Bank of China (PBOC) banned payment companies from working with bitcoin exchanges.

Then, in March 2014, something similar happened.

The day after the rumor surfaced, bitcoin and the cryptocurrency markets were down over 7%. Both lost roughly 40% in less than a month. (The ban never did happen.)

Then, on February 9 of this year, the government banned bitcoin withdrawals from Chinese bitcoin exchanges.

Today, with bitcoin near all-time highs, we know that after every China crackdown, the market has recovered.

This time won’t be any different.

Here’s a fact that no one is talking about: So far, China’s ICO crackdown has been a one-sided conversation. People assume that any news from regulators is bad for the market.

But consider this… China has over $9 trillion in excess liquidity. Compare that to China’s ICO market… It’s about $400 million.

Finding a home for that liquidity is in China’s best interest.

And what better place than the cryptocurrency market? That’s where you’ll find the most innovative projects.

I believe once the dust settles, China will approve and regulate ICO platforms. That would be incredibly bullish for cryptocurrencies.

That’s the first reason why the cryptocurrency bull isn’t over.

And consider this: A wall of money is coming into the cryptocurrency space.

Last month, I told you that institutional money would soon flood the cryptocurrency ecosystem.

At least 40 (and as many as 60) hedge funds are entering the cryptocurrency space.

And even billionaire entrepreneur Mark Cuban, once a bitcoin skeptic, is now backing a new cryptocurrency fund.

China’s ICO ban won’t be permanent. And when the dust settles, we’ll see the best cryptocurrency projects continue to rise in value.

The best way to profit right now is to use the current price weakness to your advantage and buy bitcoin.

In today’s must-see 3-Minute Market Minder (transcript included), Teeka explains why bitcoin will continue to flourish despite China’s new rules. That’s why you should use any price drop as an advantage to buy some bitcoin today.

By January 7, 2018, a cross-country trip in this unique vehicle could spark an American boom not seen in 90 years. 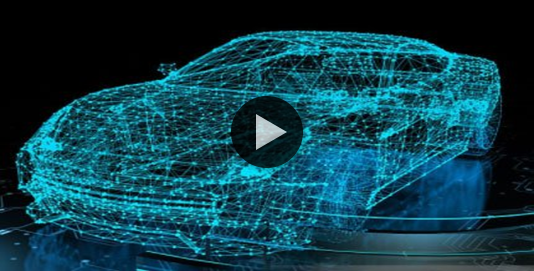