I had a front seat to the best ideas that these world-renowned experts had to offer. Over the next few days, I’ll share some of them with you.

With the market experiencing heavy volatility this month, I thought Jeff’s presentation would be a good one to start with. Here’s why…

The Best Strategy to Profit From a Stock’s Fall

At the Daily, we believe safe, slow-growth, conservative investments are the best long-term wealth creators. But we do allocate a small portion of our capital to more speculative plays like options and short-term trades.

These smart speculations are setups in the market that can give us quick gains in the next six to 12 months.

And when it comes to making short-term trades, Jeff Clark is one of the best in the game.

For those of you who may not know, Jeff is the editor of Delta Report, an investment research advisory that focuses on profiting from options in any market environment.

Jeff typically reviews between 1,200 and 1,500 stock charts each week. Then, he looks for trades that give his subscribers the most favorable risk/reward setup.

During his presentation, he revealed his strategy for making money by shorting stocks.

Short sellers borrow shares and then sell them. They bank on prices dropping so they can buy back the shares at a lower price… and pocket the difference.

When you short stocks, you’re betting that their prices will drop over the short term. And right now, a lot of stocks are undergoing selling pressure…

This bout of heavy volatility is giving short traders plenty of opportunities to bet against the market.

That’s what Jeff is doing. He called his presentation, “The Best Strategy to Profit From a Stock’s Fall.”

First, he looks for heavily inflated stocks… then he strikes when sentiment turns bearish.

Pay Attention to These Three “Pricks”

Jeff started his presentation with an analogy…

He likened stocks in a bull market to inflated balloons. The more each balloon inflates, the bigger the pop when it bursts. And all it takes is a small prick to burst it…

Take Taylor Industries, for example. In the 1990s, the company claimed it had a machine that could turn sand into gold. If that sounds crazy to you… that’s because it is. Yet, this company was worth over $500 million at its peak.

In the late 1990s, many companies added “dot-com” to their names to take advantage of the tech boom. In 1999, MIS International changed its name to Cosmoz.com. The stock shot from 50 cents to $5 virtually overnight… but was almost worthless a year later.

More recently, biotech equipment marketer Bioptix changed its named to Riot Blockchain. After surging 700% in a few days, shares fell 95% from their peak.

Hospital chain HealthSouth is a prime example of cooking the books. In 2003, an audit found that the company had defrauded investors by $4.6 billion… including $2.5 billion in fraudulent accounting entries. Shares fell from about $30 to 11 cents after auditors released their report.

For most investors, the best course of action is to avoid these types of companies. They can wreck your portfolio when they pop. But for aggressive traders like Jeff, they can be money-making opportunities.

How to Profit From the Short Side

Now, Jeff won’t short companies just because the pricks are out. “None of this means anything until you actually have price action that confirms the stock is ready to start falling,” he said during his presentation.

One metric Jeff follows to determine if prices are ready to fall further is the 50-day moving average (MA). If share prices drop below that level, it’s a bearish sign.

And one company Jeff is watching is online furniture retailer Wayfair (W).

The company trades at $124 per share. But this year, it’s expected to lose $3.55 per share… That’s after losing $5 per share the previous two years. On top of that, the company has a negative book value—in other words, more liabilities than assets.

A couple of weeks ago, Wayfair broke below its 50-day MA. Any of the three pricks above could send its stock tumbling.

Now, shorting stocks can be very risky. You could lose your entire investment or more if things don’t go your way.

So don’t bet the mortgage on these types of trades. And always follow our risk-management strategy.

P.S. According to Jeff, we’re about to experience a major shift in the markets… It’s going to scare most investors. But this shift will give you a chance to make eight, nine, even 10 times more money than the norm—over a very concentrated period of time.

Jeff calls this opportunity the “V-Line Breakthrough.” It represents the small windows each year when volatility is at its peak, like we’re seeing now. In fact, Jeff says this is the biggest money-making opportunity we’ve seen in nine years…

This man’s "strange" prophecies have helped so many retirees make money, he’s been invited to help ring the NYSE opening bell, twice.

Many people think it’s "bad luck" to bet against him… That’s because ever since the crash of 2008, he’s predicted every big move in the stock market with perfect accuracy.

You can check out his newest prediction right here… 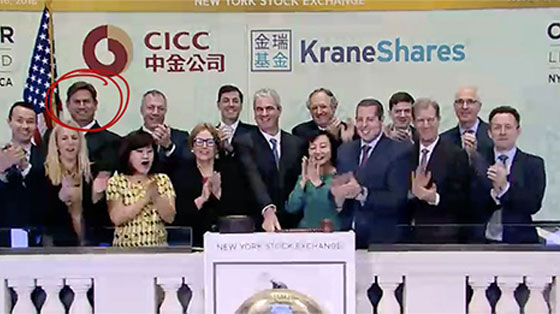