I’ve always loved sports cars. In fact, as a kid growing up in England, I was obsessed with them.

My first car was a 1969 Ford Mustang GT convertible. It was a dream come true.

Every time I drove it around, someone would give me a nod of admiration. I still remember driving with my girlfriend and watching her blond hair flow in the wind.

I was also among the first Americans to buy a Land Rover Discovery Series II. I bought it in 1994 – the first year it came to the U.S.

I walked into the Manhattan dealership as a young Wall Street hotshot and plunked down $38,000 in cash for it. I could’ve written a check, but I’d always dreamed about buying my first Land Rover with cash.

The old Porsches didn’t have electronic stabilization systems. And as rear-engine cars, they were prone to frightening oversteer… So if you went into a turn too fast and hit the brakes, the rear end would start sliding.

It happened to me once. I went into a turn at high speed… and the back end just went whoosh. Fortunately, I regained control and just avoided smashing into an old stone barn. (A week later it was sold).

But if I’d held onto it, it would have been worth as much as $200,000. Since so many people totaled their 911 Turbos, the supply has dwindled. There are very few left in factory condition.

Why the Wealthy Are Buying $7.25 Million Baseball Cards

Last week, a T-206 Honus Wagner baseball card sold for a record $7.25 million in a private auction. Fewer than 50 authenticated copies of the card exist in the world. 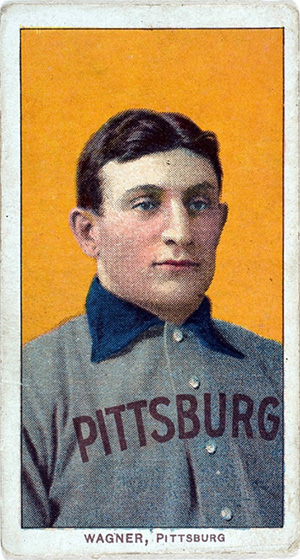 Another trading card up for auction could break the record: A 1952 Topps Mickey Mantle card has an online bid of $6.1 million.

Texas-based Heritage Auctions expects it to reach close to $10 million when the sale closes on August 24.

These auctions confirm a trend I call the “New Reality of Money.”

In this reality, obscene money-printing and out-of-control inflation have perverted normal money rules.

People are paying record prices for collectibles because they’re desperate to find rare and highly desirable assets that offer a substantial return that can outpace inflation.

I’ve been preparing for this New Reality for years.

I own boats, cars, and watches that I purchased as recently as three years ago. And even though they’ve been fished from, driven hard, and worn daily… they’re worth more today than I originally paid.

In fact, my biggest personal investment returns over the last 12 months haven’t been in crypto… It’s been in luxury watches. And some have risen as much as 800% in value.

(Unlike my subscribers that have enjoyed gains as much as 85,000%, the publishing rules I work under here at PBRG limit me to owning just bitcoin and Ethereum.)

Over the last three years, I’ve been one of the few newsletter editors in the business pounding the table on collectibles.

Because if you want to make money in today’s market… you must think outside the box.

Just think about this…

Today, they view high-end cars, luxury watches, and fine art as assets whose values will increase exponentially over time – thus protecting their money from inflation.

And it’s no surprise why…

If you look at assets like contemporary art, they’ve delivered average annual returns of 14.1% over the past 26 years…

Other alternative investments like venture capital and bitcoin have seen even bigger gains with average annual returns of 19.3% and 230%, respectively, over the previous decade.

So you can see why the wealthy allocate huge gobs of their capital to assets outside the traditional 60/40 stock and bond portfolio.

Today, there are strategies anyone can use to invest like the ultra-wealthy… you just need a game plan.

How Regular Folks Can Get Involved in Collectibles

There’s so much money sloshing around the world looking for a home that wealthy people are spending millions of dollars on things like baseball cards.

We’re not talking about a one-of-a-kind Monet or Picasso. There are still close to 50 Honus Wagner cards in existence.

This shows you just how much money is out there looking for a shelter against the destroying effects of inflation… And it’ll only get worse.

Of course, the bill contains tax increases and other “savings” to offset the spending. I don’t think for one second it will have any impact on reducing inflation. But even if it reduces inflation – and that’s a big if – it’ll likely take a decade.

I don’t know about you, but I don’t have another 10 years to wait for the government to “modestly” reduce inflation.

That’s why I’ve been looking for ways for everyday investors to get exposure to collectibles.

One idea is Rally, a platform that allows you to purchase fractional ownership interests in fine art, rare cars, comic books, and more.

The owner of an asset lists it on Rally and offers investors shares (fractions of the asset’s worth).

Platforms like Rally can offer these fractional investments because they’re classified as Regulation A+ listings… so the owner can raise money from the public rather than just wealthy accredited investors.

More importantly, fractionalizing assets through a Reg A+ listing makes them SEC-registered investments.

That means these investments have federal oversight… and you have more financial protection than you might get through online marketplaces like eBay.

So investing with Rally gives you broad exposure to the tremendous upside in collectibles with limited risk.

Friends, don’t wait for the government or Fed to save you from inflation a decade from now… If you have cash on the sidelines, consider allocating a small amount to collectibles.

You may not buy the next Honus Wagner, but you’ll have a good shot at beating inflation while avoiding the market uncertainty we’re seeing today.