Editor’s Note: In today’s special Daily, we’re sharing one of the most important essays on gold we’ve ever published. In it, Casey Research founder Doug Casey shows five timeless reasons why gold is the best form of money…

It’s an unfortunate historical anomaly that people think about the paper in their wallets as money. The dollar is, technically, a currency. A currency is a government substitute for money. But gold is money.

By that definition, almost anything could be used as money, but obviously, some things work better than others; it’s hard to exchange things people don’t want, and some things don’t store value well. Over thousands of years, the precious metals have emerged as the best form of money. Gold and silver both, though primarily gold.

There’s nothing magical about gold. It’s just uniquely well suited among the 98 naturally occurring elements for use as money… in the same way aluminum is good for airplanes or uranium is good for nuclear power.

There are very good reasons for this, and they are not new reasons. Aristotle defined five reasons why gold is money in the fourth century BCE (which may only have been the first time it was put down on paper). Those five reasons are as valid today as they were then.

When I give a speech, I often offer a prize to the audience member who can tell me the five classical reasons gold is the best money. Quickly now—what are they? Can’t recall them? Read on, and this time, burn them into your memory.

If you can’t define a word precisely, clearly, and quickly, that’s proof you don’t understand what you’re talking about as well as you might. The proper definition of money is something that functions as a store of value and a medium of exchange.

Government fiat currencies can, and currently do, function as money. But they are far from ideal. What, then, are the characteristics of a good money? Aristotle listed them in the fourth century BCE. A good money must be all of the following:

Actually, there’s a sixth reason Aristotle should have mentioned, but it wasn’t relevant in his age, because nobody would have thought of it… It can’t be created out of thin air.

Not even the kings and emperors who clipped and diluted coins would have dared imagine that they could get away with trying to use something essentially worthless as money.

These are the reasons why gold is the best money. It’s not a gold bug religion, nor a barbaric superstition. It’s simply common sense. Gold is particularly good for use as money, just as aluminum is particularly good for making aircraft, steel is good for the structures of buildings, uranium is good for fueling nuclear power plants, and paper is good for making books. Not money. If you try to make airplanes out of lead, or money out of paper, you’re in for a crash.

That gold is money is simply the result of the market process, seeking optimum means of storing value and making exchanges.

Editor’s Note: Doug has made a fortune on some of the world’s smallest gold stocks by using a method most people have never heard of before… The same method he used to make an 86,900% gain on a mining stock called Paladin in 1993.

Several months ago, Doug invested $1 million into small gold stocks… That’s because, today, he sees the same opportunity developing yet again… And he believes it could make you 10 times your money if you get in soon.

Our colleagues over at Casey Research say the program starts on June 15. You can learn how to claim your first energy “rebate” check right here… 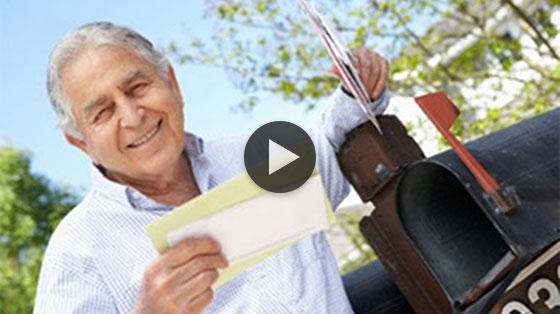