Yesterday, I wrote about the massive swings the nuclear energy sector and uranium market have experienced over the last few decades.

Mine closures and power plant disasters have sent uranium on a wild ride.

But I believe that’s about to change.

In my previous essay, I showed why the supply of uranium is precarious right now… which, on its own, could drive up the price.

And today, I’m going to tell you about a key development on the demand side that could create the perfect storm for uranium investors.

It’s something that’s happening in Japan.

In fact, I believe it will kick off a huge bull run in this beaten-down commodity.

And I’ll show you a way to play it.

Nuclear Power Is Back on the Agenda

During my years as an investment banker, I frequently traveled to Japan. And when I became an investigative journalist and then an author, I continued that pattern.

In 2016, I was even invited to give a speech at the Tokyo Stock Exchange. It was right after the election of President Trump, and I spoke about how this would impact central bank policy and the markets. 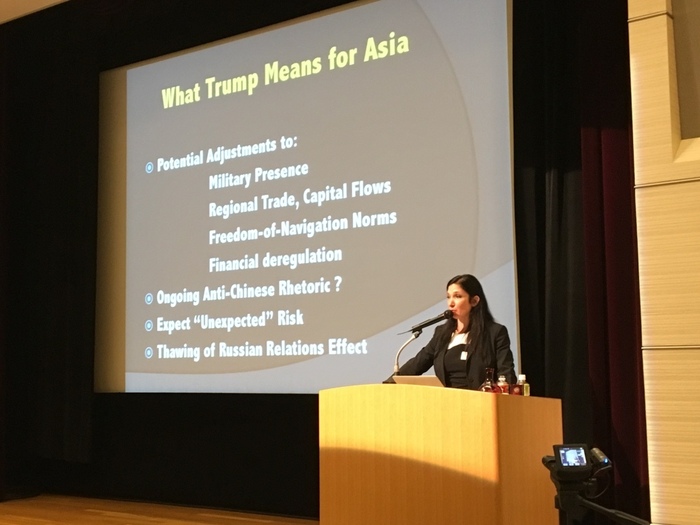 Right now, like the rest of the world, Japan is facing an energy crisis.

Its government has already urged people to turn off lights in unused rooms. And in Tokyo, residents were asked to watch less TV and switch off the heater function on toilet seats.

And winter is coming, bringing with it more demands on Japan’s already scarce supply of electricity.

You’ll recall from yesterday’s essay that Japan significantly curtailed its nuclear energy program after the meltdown at its Fukushima nuclear power plant in 2011.

It shut down most of its 54 nuclear reactors, cutting off nearly 30% of the country’s electricity supply.

Now, a few reactors came back online or were given the go-ahead to resume operations in recent years.

But Kishida said he wants to have up to nine reactors up and running by this winter. These will supply roughly 10% of Japan’s power consumption.

And he followed this up with another announcement last month. He wants to have 17 nuclear power plants back online by the summer of 2023.

All of this amounts to a massive push for nuclear energy.

But that’s not even the best part of the story.

Kishida also said he has directed a government panel to look into how “next-generation nuclear reactors” could be used to help the nation achieve its goal of carbon neutrality by 2050.

To say that this is a major pivot back into nuclear energy would be putting it mildly.

In fact, not long ago, the Japanese government insisted it would not consider building new nuclear power plants or replacing aged reactors.

But as I wrote in my reply to a reader’s question about uranium in a recent mailbag edition, Kishida’s plans have huge public support.

This news is extremely bullish for uranium – the fuel that powers nuclear plants.

Between a Rock and a Hard Place

So why the change in sentiment towards nuclear energy in Japan?

There are two main factors – energy security and cost.

Japan is the world’s third-largest economy. But it has no significant energy source of its own. It is completely dependent on energy imports.

Since Fukushima, Japan has relied on coal, natural gas, and fuel oil to generate electricity.

Up until earlier this year, natural gas and coal prices were relatively low. So there was no immediate need for Japan to restart its nuclear reactors.

But Russia’s war in Ukraine put a swift end to this safety cushion.

As you can see from the chart below, coal, natural gas, and oil prices surged after the conflict began. 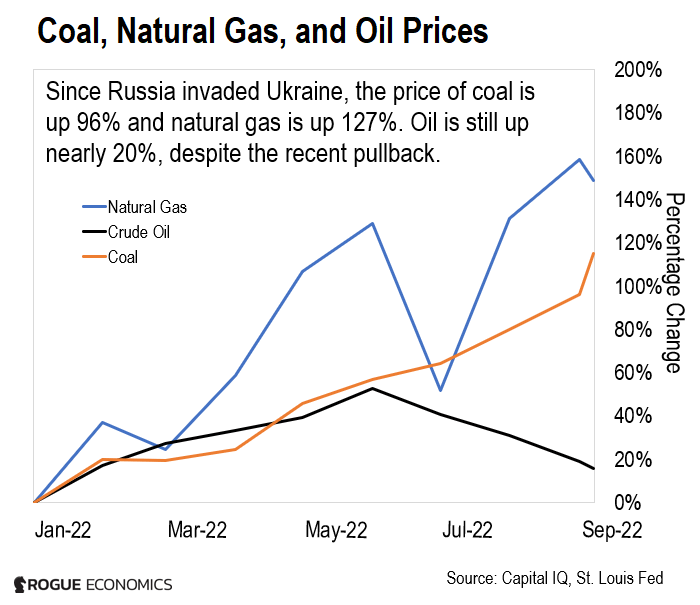 Natural gas prices have risen by 127% since the beginning of the war. Coal is up 96%. And although it has pulled back recently, oil was up 53% at one point.

That’s a big problem for a country that depends so much on fossil fuels to keep its economy running.

Fuel accounts for up to 80% of the cost of operating a fossil steam plant or gas turbine. The cost of uranium is only about 20% of a typical nuclear plant’s operating cost.

So Japan is shifting its focus back to nuclear energy in a bid to bring those costs down.

Also, the evidence over six decades shows that nuclear is a safe means of generating power.

Yes, there have been some isolated incidents. But the Fukushima meltdown was because of a major earthquake, followed by a 15-meter tsunami.

And there haven’t been any major nuclear power plant accidents since then.

Learning From the Past

Another factor that will no doubt reinforce Japan’s commitment to nuclear energy is the current global instability.

It still relies on Russia for about 9% of its natural gas. Losing that supply would spell trouble for Japan.

And Japanese-Russian relations are anything but great right now.

Japan has repeatedly criticized Russian aggression in Ukraine. And it has slapped Russia with unprecedented economic sanctions.

In response, Russia banned 384 members of Japan’s parliament from entering its territory.

The upshot is that Japan is in a very vulnerable position.

To the Japanese, this evokes memories of the early 1970s.

A large regional war in the Middle East disrupted energy supplies. The oil crisis that followed caused Japan’s economy to contract by 7%, bankrupting many businesses and families.

So securing its energy supplies has climbed Japan’s priority list in recent months.

Nuclear power is the only feasible way for Japan to meet its climate and energy security goals.

The Japanese understand this.

Today, Japan generates just 6% of its electricity from nuclear power.

But until the Fukushima incident, the country expected to generate up to 40% of its electricity from nuclear reactors.

I think it’s a good bet that Japan will attempt to hit that target again in the future. This would imply more than 500% growth from today’s level.

And that would greatly impact uranium demand… and its price.

But this shift to nuclear energy isn’t just happening in Japan.

Right now, there are 55 nuclear power plants under construction globally. These are largely concentrated in China, India, Russia, and the United Arab Emirates.

Globally, another 90 are planned, and more than 300 are proposed.

The extra demand from these new plants alone all but guarantees that the price of uranium will go up.

What This Means for Your Money

So, how can you benefit from the nuclear revival in Japan and elsewhere?

You can consider investing in the Global X Uranium ETF (URA).

The fund holds a basket of producers, physical holdings, and property developers. So, it gives you broad exposure to the uranium sector.

As an exchange-traded fund (ETF), it also carries less company-specific risk than investing in individual companies.