Nick’s Note: As we told you last week, volatility is back. Today, master trader and PBRG friend Jeff Clark explains why it’s going to last a while…

If you fell asleep last month, and then just woke up this morning, you wouldn’t notice much of a difference in the broad stock market.

The S&P 500 started the morning of April 13 at about 2670. The index closed just under that level last Friday. So, there hasn’t been much movement.

But there has been a whole bunch of volatility.

Let that sink in for a minute. What a difference between this year and last year.

In 2017, the market suffered from record-low volatility. I can’t count the number of times I commented on the ridiculously small daily trading ranges in the S&P 500. In a market with millions of participants, and trillions of dollars at work, it seemed outrageous—to me at least—that the average intraday move in the stock market was less than 0.4%.

Of course, that’s certainly not the case so far in 2018. Ever since the market peaked in January, we’ve seen huge intraday moves in the S&P 500. It’s not uncommon anymore to see swings of more than 2% between the daily highs and lows.

That’s a dramatic increase in volatility. And it’s here to stay for a while.

Take a look at this long-term chart of the Volatility Index (VIX) (Wall Street’s so-called fear gauge) from way back, starting in 2005…

From 2005 through about mid-2007, the VIX traded at low levels—between about 10 and 16. Yes, there were a couple of times in that period when the VIX spiked sharply higher. But it was temporary. The VIX quickly fell back into its depressed range.

Notice, though, that starting in mid-2007, the VIX spiked higher, and it sustained that higher level for the next two and a half years.

Here’s a more recent chart of the VIX…

The VIX spent 14 months trading in a depressed range between 9 and 16. In February, the VIX spiked sharply higher, and it has sustained a higher level. This new period of higher volatility ought to last at least as long as the previous period of low volatility.

So, get used to larger moves in the stock market. This condition is going to last for a while.

P.S. On Wednesday at 8 p.m. ET, I’m holding a free online training to show you the No. 1 way to trade the market right now. I call it the “V-Line Breakthrough.” And it’s all about showing you how to profit from periods of volatility.

It’s my favorite way to trade today’s market for 1,093% bigger gains than average.

Registration is free. Plus, as a bonus, all attendees will receive a free special report of my most valuable trading tools. Click here to reserve your spot.

Income Extermination is a big theme we’ve been following this year in the Daily. And our readers our looking for ways to sidestep this ticking time bomb…

From Pam D.: I’m interested in a list of companies to avoid during Income Extermination. I like to look at debt/equity and PEG ratios. However, without knowing the specific sector’s accounting norms, I’m not sure what to sidestep.

I’m also curious about the effect that increasing interest rates will have on real estate investment trusts (REITs). Seems like this sector refinances frequently.

From Jim D.: I would like to see a list of stocks to avoid regarding your Income Extermination thesis.

From R.E. Dickson: In the May 2 Daily, you wrote that “the next stage of Income Extermination will hit marginally profitable companies with lots of debt… Especially if they must roll over their debt in the next year or two. If you’re interested in a list of companies to avoid, let us know right here.”

Absolutely. This is very important information.

From Michael W.: I would be interested in a list of companies with high debt that we should avoid.

We always hear about corporate bonds… But we don’t really hear about municipal bonds and what to look out for. An explanation of muni and corporate bonds and how they move or don’t move in unison with rates and market factors would be very much welcomed. And kudos to your insightful analysis.

Nick’s Reply: Municipal bonds follow the same set of rules as corporate bonds. As interest rates go up, the bond prices go down. Our advice is to avoid long-term muni and corporate bonds during Income Extermination.

Meanwhile, PBRG’s very own Teeka Tiwari and his team are working on a blueprint to survive Income Extermination. Stay tuned…

Are you preparing for Income Extermination? Tell us what your plan is right here…

Glenn doesn’t make recommendations often or lightly… but he believes Teeka’s new online course could be one of the best investments of your life. (Click here or the image below to watch Glenn’s testimonial.)

If you’re not a Palm Beach Letter subscriber, learn how you can register right here… 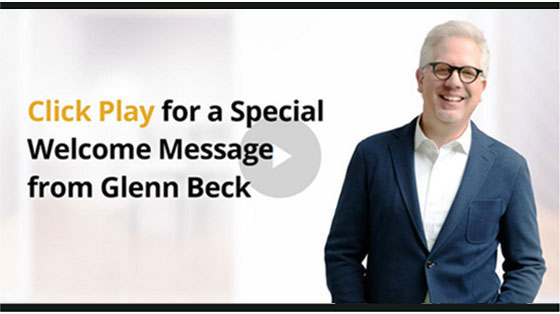