Last month, the Japanese got an easier way to order drugs…

If you live in Japan, all you have to do is log into a website and enter your symptoms and medical history.

A pharmacist will review the form. If he approves, the service mails the drugs directly to you. In some cities, people can get same-day delivery.

The new service is provided by Amazon.

Earlier this month, we told you Amazon is steamrolling the retail industry. The first to bite the dust was booksellers. Then apparel sellers. Then electronics sellers.

Next up: Drug sellers.

We call this phenomenon getting “Amazon’d.”

If Amazon can muscle its way into the retail pharmacy sector, it will be the latest sign that it’s well on its way to becoming the first $1 trillion company in the United States.

Amazon has considered delivering drugs to Americans for years. But it hasn’t pulled the trigger in the United States—yet.

But that appears to be changing.

If Amazon is successful in Japan, the U.S. market might be its next target.

Lyons is a former director at Premera Blue Cross. So he knows how to navigate the highly regulated U.S. pharmaceutical industry.

His first job will be to create a pharmacy benefits program for Amazon employees. Once Amazon irons out the kinks, it will likely roll out a nationwide program.

And there’s little wonder why Amazon wants to get into pharmaceutical sales. It’s a huge growth market.

Americans spent an estimated $300 billion on prescription drugs in 2015. If Amazon can capture just 10% of the market, that’s a $30 billion-per-year opportunity.

We predict Amazon will capture more market share than that.

That’s because going to a pharmacy today is a huge hassle.

Where we are in South Florida, it can take up to 20 minutes to get a prescription filled—with no one in line. If there is a line, the wait can be much longer…

Just like in Japan, you’ll be able to buy your prescription online and have it delivered in a few days to your doorstep.

Pharmacies should be shaking in their boots…

The Next Three to Get Amazon’d

Three companies are going to be in a lot of trouble if Amazon gets into the retail drug market.

The first two are Walgreens and CVS Health. They’re the two largest pharmacies in the country. If they don’t improve their customers’ experience, they’ll lose out.

PBMs are the middlemen of the drug industry. They are supposed to negotiate better deals with drugmakers and pass the savings on to you.

Some have accused PBMs of pocketing the huge spread between the price they pay for drugs and the retail price they charge.

If these companies fail to innovate, they’ll get Amazon’d like Circuit City, Borders, and Payless ShoeSource…

It’s not too late to buy Amazon.

This company is constantly looking for new industries to disrupt.

With its online platform, Amazon just has to add new products to its website. And millions of people will buy them.

If you want to hop aboard an industry steamroller, consider adding Amazon to your portfolio.

P.S. Today is Day 1 of my Rust Belt Tour. Regular readers know I’m traveling the Midwest to get a firsthand view of President Trump’s “America First” policies. And I’ll be looking into the best ways to profit from them.

I’m starting out in Wisconsin and then trekking through Illinois, Indiana, Michigan, Ohio, Pennsylvania, New York, and even Ontario, Canada.

I want to know how President Trump’s policies are affecting you. You can send your stories to me right here…

In the May issue of Palm Beach Confidential, editor Teeka Tiwari asked readers if they were interested in short-term cryptocurrency trade alerts (Confidential subscribers can read the issue, “Your Second Chance to Make Life-Changing Gains,” right here). And the floodgates opened…

From Joshua L.: Another great issue. You absolutely should issue alerts. I used to enjoy your weekly updates and I thought that it was one benefit that made you different than everyone else in the newsletter industry. Thanks again for all your great work!

From Edwin D.: Getting short-term crypto plays is worthwhile. I would be in favor of adding this strategy.

From Thomas K.: I would like to see special trade alerts.

From Carlton L.: Teeka asked for feedback on special trade alerts for fast-action trades. I think it’s a great idea and would like to see it implemented.

From David D.: You asked for feedback about “very short-term” ideas that no longer fit as a longer-term hold. While at first glance this may seem a good idea—with a thinly traded market and everyone piling in to buy and then sell—I think the steam is let out before it can even build. By the time the recommendation is received (unless one hangs around every second for notices), I think this holds peril for a large group of subscribers. I would vote “no.”

From David S.: You asked if we wanted alerts on timely crypto ideas rather than waiting for a formal recommendation a few weeks later. I say “Go for it!”

From Brian H.: It would be quite valuable to have crypto trade alerts and I would love to see that happen.

Since joining Confidential, I now find myself having expanded into the realm of trading altcoins on the exchanges on a regular basis. My son has now become a crypto day trader and is pulling in profits on a regular basis! Your alerts would be a great addition.

From Brian W.: I’d love to see you turn us on to short-term crypto opportunities. At least those of us who are a bit more aggressive.

From Phillip A.: I endorse Teeka’s proposal to send trade updates for subscribers. The more updates the better—especially in the fast-moving crypto space. Thanks!

This is the first premium service I’ve purchased and then actually used. I’ve never bought a stock. But I’m buying every new crypto recommendation. I might buy some of the older ones, too. The idea of getting in and out of some quickly is exciting to me.

From John U.: Providing alerts for short-term cryptocurrencies is a great idea. You guys are on fire with your crypto plays and I’m absolutely in favor of special updates for short-term speculations. If you publish them, I’m buying them.

From Anthony V.: Yes, count me in on your special trade alerts.

From James R.: Thank you for all of your hard work. And yes, I’m in for alerts!

From BJ A.: Adding short-term trades is a GREAT idea. First, because you are TERRIFIC at sniffing out good investments… And second, because you are one of the few trading services that offers text alerts. That’s INVALUABLE to me because it allows me to do the rest of my work and still be “quick on the draw” with your trades.

Thank you SO much for all that you do. My husband and I have multiplied our crypto portfolio by five because of you. We’re grateful!

Teeka’s Reply: We received overwhelming support to add trade alerts to our Palm Beach Confidential service. And we’re excited to announce that we published our first cryptocurrency trade alert on Monday. PBC subscribers can read it right here.

and the last time this much money poured into our military, investors had the historic chance to turn $1,000 into $550,000.

Our friends over at Casey Research are calling it “the Pentagon’s trillion-dollar spending jackpot.” And they’ve found four “penny defense stocks” that will be winners… 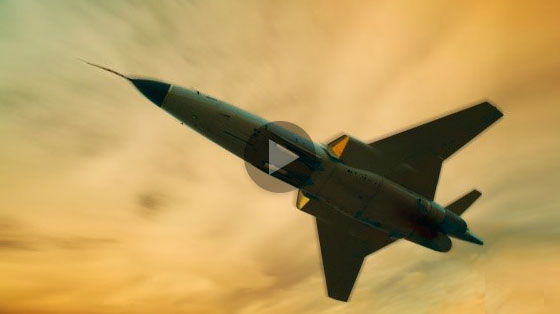