Nick’s Note: From time to time in the Daily, we like to look at the big picture. And no one does that better than longtime PBRG friend and “big-picture” thinker Bill Bonner. When we want to connect the dots on the broad economy, we turn to him.

Bill says the most important resource in any economy is our time. Below, he explains why we shouldn’t let our valuable time slip away in the new year…

Instinctively, we know that there are always limits. There are things that are true, whether you believe them or not.

Gravity doesn’t stop working just because you don’t believe in it. You can’t make people rich by giving them pieces of paper with green ink on them. And stocks don’t go up just because you need more money in your retirement account.

The old-timers say, “Money doesn’t grow on trees,” and, “Trees don’t grow to the sky.” The first one seems obvious. But the second one always seems a little lame… because trees do grow up to the sky. Where else are they going to grow?

But the idea is right. There are limits.

We know that stocks aren’t infinitely valuable. We know that we won’t live forever… and that something always happens to prevent things from getting too far out of whack.

Or to put it another way… Things get out of whack, but then always get back into whack somehow.

And there are husbands and wives—that’s what they’re for… among other things—to remind us that we are idiots and tell us when we are acting like fools.

There are limits. The biggest of them all is time. And here’s the idea…

Credit is offered by the Fed and the banking system. It is used by Wall Street to run up asset prices. But it is paid back by the Main Street economy.

This debt is offered in dollars, yuan, yen, or euros. But it is paid in time.

We need to spend the time earning the money to pay the interest and principal on the outstanding debt. And we are running out of time.

It’s always time we run out of…

But we didn’t have enough time. We ran out of it.

It’s always time, not money. The richest person in the world runs out of time, just like we do.

We meant to say something to someone we cared about… but time got away from us.

We humans are capable of great mischief. We make big mistakes sometimes. All you have to do is read a little history and you’ll find us doing—collectively and individually—such dumb things as to take your breath away.

Take Napoleon’s invasion of Russia, for example. His own officers begged him not to do it; it was so reckless and hopeless…

The pyramids absorbed the entire surplus economic output of a whole civilization over perhaps 1,000 years…

Or right now, just look over the border to North Korea, and you would see clearly that the Soviet/Communist Chinese experimental system of a centrally planned economy is a failure.

The only things they could produce reliably—and in sufficient quantity—in Russia were cement, vodka, and gasoline. And sometimes, you couldn’t tell the difference.

People drank so much vodka that the life expectancy in Russia went down… and continued to go down even after the Soviet Union disappeared.

Looking back at it now, we just open our mouths and wonder: What were they thinking?

In our private lives, errors are corrected more readily and more easily—without too much suffering.

The bad cook opens a restaurant, and he soon goes out of business. The careless electrician forgets to turn off the juice and gets electrocuted.

You get the idea.

Every day, in millions of transactions, error is punished. Success, truth, and competence are rewarded. That’s how a society—and an economy—is supposed to work.

It’s why, generally, things get better, not worse. Because mistakes and incompetence are weeded out.

But in public life—that is, in our collective lives—mistakes are not readily corrected.

Instead, they’re made the law of the land. They’re obligatory. That’s the big advantage—and the terrible temptation—of allowing governments to boss us around.

But “dress’d in a little brief authority,” as Shakespeare put it, the feds do things that make the gods weep. Things that are stupid and catastrophic…

They say, “What goes up, must come down.” But the feds can keep kiting checks for far longer than you thought possible.

So we tried to figure out what the limit really is. I mean, the feds can put out an almost infinite amount of money… or at least, fake money. And once an economy comes to depend on fake money, the feds can keep it supplied almost indefinitely.

So what’s the limit? What goes wrong? Where is the brick wall that we instinctively know is out there somewhere?

As you will see, of course, it’s time.

It waits for nobody and no thing. And all we are left with are regrets.

And yes, time is money… and pain.

And as time is running out, another monumental disaster is coming.

The BBC reports that global income is about $70 trillion, with median household income at about $10,000—or about $5 an hour. Global debt is roughly $250 trillion.

At a 3% interest rate, that’s $7.5 trillion per year in interest, or 1.5 trillion hours of work… That’s about 300 hours for every working adult, or about two months of the year.

Now, raise the interest rate to 5% and what happens is obvious…

You run out of time. And you can’t cheat time.

Already, working one-sixth of the year to pay interest is hard, but maybe not impossible. But raise the interest rate to 5%, and you have to work nearly three months—just to pay the interest. The world doesn’t have that much surplus.

For the last 47 years, the feds have been putting out fake money. Debt has increased three to five times faster than income.

And investors really do buy Amazon at a price so high that even if they paid out every penny of earnings in dividends, it would still take shareholders hundreds of years to get even.

But just as we are all running out of time, so is the feds’ huge bubble-finance economy.

Nick’s Note: Time is the most valuable resource that we all have. But as Bill points out, it’s often squandered. How do you plan on using your time in 2019? Tell us your plans (investing or otherwise) right here…

And after running all the data in a historical trial from the last 7,140 trading days, the average gain from his top 150 plays is a rare 2,418%. 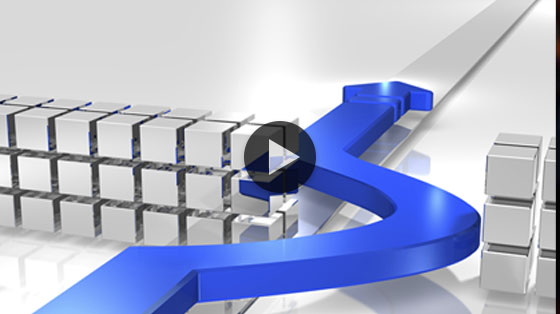