Nick’s Note: Inflation is something we’ve been following closely at the Daily. Just last month, I showed you how to avoid it. In today’s essay, my colleague Justin Spittler, editor of Casey Daily Dispatch, shows how you can profit from this “silent killer.”

It was the stock’s worst single-day drop since October 2008. And it all started after the cereal maker shared bad news.

That day, General Mills drastically cut its profit guidance for the year. It warned that its profits will likely grow just 0–1%—down from its previous forecast of 3–4%.

Shareholders didn’t like hearing this. So, they dumped General Mills by the truckload.

The stock is now trading at its lowest level in five years.

They usually aren’t worth commenting on. So why am I telling you this?

Simple. General Mills just sounded the alarm on inflation. Look at what its CEO said on its recent earnings call:

Like the broader industry, we’re seeing sharp increases in input costs, including inflation in freight and commodities. Because of our improved volume performance, we’re also incurring higher operational costs… We are moving urgently to address this increasingly dynamic cost inflation environment.

Now, there are a few things to address here. But let me start by defining what they mean by “inflation,” since the term has taken on many meanings.

In this case, they’re referring to how quickly prices for raw materials, goods, and services rise.

So, General Mills is basically saying that its raw material (grain, nuts, dairy) and transportation costs are rising faster than expected. And that’s eating away at its profits.

And it’s not the only company dealing with this problem. Right now, many major U.S. companies are being eaten alive by inflation. Take Tyson Foods (TSN), another major packaged food company.

Its most recent earnings call also addressed dealing with rising inflation. Not only that, it warned that it could pass on its higher costs to customers:

Labor has been going up the last few years, and we have been increasing wages—it started three years ago, but the last two years has been nearly double-digit percentage increases, so that is a cost that we are passing through.

Procter & Gamble (PG) has also been caught off guard by inflation. Here’s what its chief financial officer said on a recent call:

Commodity prices have continued to move higher as the year has progressed approaching a $350 million after-tax impact versus year ago for the fiscal year. We knew we’d see higher pulp costs going into the year. These costs have continued to increase beyond initial forecast ranges with strong demand and some recent supply disruption. Ethylene, propylene, kerosene, and polyethylene and polypropylene resins have increased recently primarily as a result of the fall hurricanes in the Gulf, but also due to recent increases in crude pricing.

Kimberly-Clark (KMB), one of PG’s biggest competitors, has the same problem. In fact, it took a $355 million hit on its profits last year due to higher commodity prices.

But I didn’t write this essay so you’d feel sorry for Corporate America.

I wrote it because inflation could soon become your problem.

Think about it. Companies like General Mills can only cut costs so much. Eventually, they run out of places to trim fat. And that means that they’ll eventually push inflation on to their customers. They’ll jack up prices.

And that could happen sooner than most people realize…

I could go on and on. My point is that commodity prices are much higher than they were a year ago. If this trend doesn’t reverse, prices of everyday goods and services will start creeping higher… which means your paycheck won’t go as far.

The good news is that you can protect yourself from rising inflation by betting on higher commodity prices.

You can easily do this by buying the PowerShares DB Commodity Index Tracking Fund (DBC). This fund invests in a basket of commodities. It’s diversified. That makes it a relatively safe way to bet on inflation.

According to a shocking new book… 28 members of the U.S. government have sworn an oath to a private group headquartered outside of Washington, D.C.

Their objective: A controversial policy that will siphon away the $94.8 trillion dollars of private American wealth sitting in America’s 4,938 banks.

You can learn how to get your free copy right here… 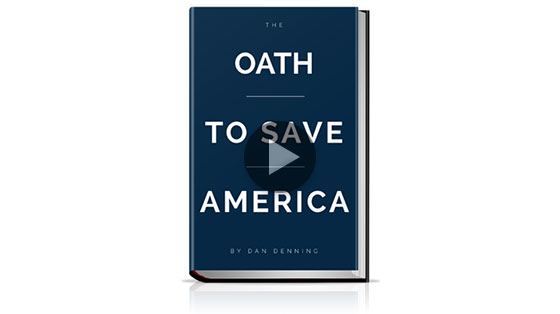