The U.S. auto industry was dying…

In 1981, American automakers General Motors, Ford, and Chrysler were getting whipped by their Japanese rivals.

They were making cheap, inefficient cars like the “luxury” Cadillac Cimarron (a dressed-up Chevrolet Cavalier sold at twice the price).

Meanwhile, the Japanese were producing cheaper, high-quality cars… The Toyota Celica and Nissan Gazelle were eating away at U.S. sales.

Then, Ronald Reagan stepped in and saved the industry…

President Reagan got Japan to approve a “voluntary” export restraint agreement that reduced the number of cars it exported to America.

(We can assure you that Japanese carmakers didn’t agree voluntarily.)

With Japanese automakers out of the way, U.S. manufacturers jacked up prices.

According to one study, the price of the average car rose by $2,600—or about 50%—in the four years after the agreement was approved.

The deal was terrible for consumers… but great for U.S. carmakers.

Profits shot higher… and so did stock prices. Just look at the chart below. A New Trade War in the Offing

President Trump has pledged to restore U.S. manufacturing by enacting protectionist policies such as tariffs.

Just as Reagan’s agreements created winners (U.S. car manufacturers) and losers (U.S. consumers), so will any trade restrictions passed by the Trump administration.

Now, we’re not sure what President Trump will do… We’re not even sure if he knows.

But we do know certain companies will thrive if he imposes trade barriers.

As we’ve stated before, we’re no fans of trade barriers. Free trade is best for consumers because it lowers prices.

But we deal in reality… And we want to make you richer every day, regardless of the politics at hand.

That’s why we surveyed the landscape to identify the U.S. companies that will do the best—and the worst—under Trump’s policies. We’ll put the winners into a special “America First Portfolio.” But first, the losers…

The U.S. companies that could potentially take a beating under Trump are those with international supply chains and that derive a majority of their sales from abroad.

Plane manufacturer Boeing (BA) is one example of these big multinationals.

About 70% of its sales come from overseas. If we get into trade wars, countries could easily place tariffs on Boeing planes, making them less competitive.

Boeing also imports a lot of its plane parts. So any taxes on imports would substantially increase its cost to build planes.

About 80% of its sales come from overseas. These sales would be in serious jeopardy in a trade war.

When the United States put a tariff on Chinese car tires in 2009, the Chinese retaliated by taxing American chicken feet exports.

No product is immune to a trade war.

Now let’s turn to the winners…

The biggest winners of a trade war will be domestic producers and service providers.

Altria (formerly Philip Morris Companies Inc.) uses mostly homegrown tobacco. And it sells its cigarettes only in the U.S. Its international operations are handled by a spin-off called Philip Morris International.

Most of Southwest’s routes are domestic. If travel restrictions arise due to a trade war, fewer Americans will vacation abroad. Instead, they’d do more travel at home. That would be a boon to Southwest.

These two companies will be the first two positions in our new “America First Portfolio.”

In this portfolio, we’re going to put the best American companies not affected by border taxes, tariffs, or quotas.

If Trump keeps his pledge to put America first, then you’ll want to own the companies in our America First Portfolio.

In tomorrow’s issue, we’ll add the final nine companies. You won’t want to miss it…

Meanwhile, let us know what you think of our “America First Portfolio” right here.

Regular readers know we’re talking about the bond market. This is where companies and the government borrow money. It’s about twice as big as the stock market.

In other words, it’s a key pillar of the global financial system. And it’s starting to give way…

The yield on U.S. 10-year Treasurys is now twice as high as it was last July.

But you have to realize something… Bond yields rise when bond prices fall.

Investors aren’t used to seeing this…

After all, bonds have been rising since the 1980s. This historic bull market has survived three recessions, the dot-com crash, and the 2008–2009 financial crisis.

But Bill Gross thinks the good times are over.

In short, he knows the bond market better than just about anyone on the planet.

In January, Gross wrote that the bond bull market would end when the yield on the 10-year Treasury topped a key level:

Since Gross issued this warning, I’ve been watching 10-year Treasurys like a hawk.

According to Gross, the bond bull market is now officially over. A “secular” bear market has begun.

This means bond prices could fall for years, even decades.

Here’s what we recommend.

Lighten up on bonds. Bonds aren’t the safe investment they used to be. They’re a gamble.

If you still own bonds, you’re basically risking a lot of money for the chance to make a little. Those aren’t the kind of investments we like to make.

Have you heard about President Trump’s “gold executive order”? The guys over at Agora Financial say the same law that helped push gold to its all-time high in 2011 will hit Trump’s desk by April 28.

If you buy these penny gold stocks before he signs it, you could set yourself up for a fortune in the coming weeks. The last time this happened, you could have turned $1,000 into $17,930… 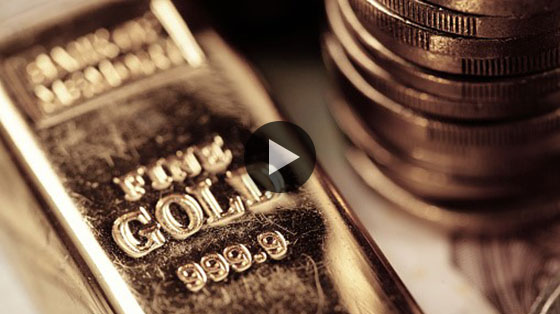