NANNING, CHINA—Mr. Wong asked us what we do about school for the kids.

(We get this question everywhere we go.)

“Our kids have never been to school,” we told him. “We teach them ourselves with the help of the internet. We do schoolwork every morning.”

“What about exams? How do you make sure they’re keeping up with other children?”

“No exams,” we said. “But we follow an informal curriculum.”

“What about college?” he asked. “How will they get the credentials they need?”

“We hope they don’t go to college.”

“How will they get a good job, then?” he asked. “Here in China, school is very important. The children must study mathematics, science, technology, and literature. And they must learn discipline so they get credentials to go to college and get a good job. My children go to school for 10 hours a day. And that’s because they’re young. When they’re older, they’ll be in school for 12 hours a day.”

Later, we walked with Mr. Wong to pick up his two boys from school. We found them wearing blue and white uniforms, carrying matching backpacks.

On the way home, we passed a little shop, and he bought them each some packs of trading cards.

Kate (my ex-wife) and I couldn’t believe it. The boys ripped open the packets and tossed the wrappers on the ground. Our son Miles (who is nine), walking behind them, quietly picked them up and put them in the trash.

For those of you just joining our postcards, welcome. We’re glad to have you on board.

Fifteen months ago, my ex-wife and I got rid of all our stuff, handed back the keys to our apartments in Delray Beach, Florida, and hit the road with our three kids. We also converted all our savings to gold and silver.

Now we live out of a suitcase. We cruise around the world, using Airbnbs, homeschooling our kids, exploring the world, and generally having an epic time.

We were in Nanning, a city deep in southern China near the border with Vietnam. We stayed in a hostel that’s actually Mr. Wong’s apartment with a few bunk beds in it.

It was my daughter Penny’s seventh birthday on Friday, September 13. It was her second “road” birthday, and she’d been looking forward to it for months. We took her to McDonald’s for lunch. And at night, Mr. Wong organized a little party with a mooncake.

That day was also a Chinese national holiday called the Mid-Autumn Festival, and mooncakes are the traditional food to eat. It’s a bit like a sweet pork pie. None of us liked it much.

(We don’t give the kids presents on their birthdays because we travel very light.) 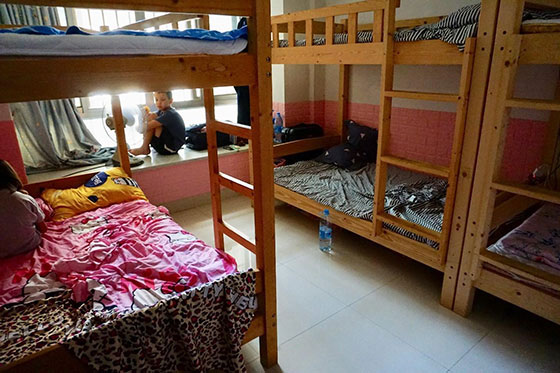 A picture of our “hostel” dorm

Next, we took the bullet train to Kunming in Yunnan Province. It’s a five-hour journey…

Turning over to the markets, someone wrote me recently:

I’d be interested in hearing your take on bitcoin today, knowing that you invested in it a few years ago. Why is it that you are 100% in gold and not in bitcoin at all? Wouldn’t it be better to diversify a small percentage of gold into bitcoin? If not, why?

This is a great question. And I get your point. In many ways, bitcoin is the modern upgraded version of gold. I’ve even begun to notice a correlation in their price movements recently.

But I won’t be on that train. I like to have total conviction in the ideas I invest in, to make sure I stay committed through the ups and downs, and then make huge “all-or-nothing” bets.

Still, I wouldn’t begrudge you for owning some bitcoin as a hedge against government stupidity. I’ve certainly thought about it, too.

Chaka’s Note: In 2018, Tom and his ex-wife sold everything… handed over the keys to their Delray Beach apartments… drained their bank accounts… and converted everything to gold. Now, they live out of a small suitcase, exploring the cheapest countries in the world.

If you want to follow more of Tom’s adventures, click here to subscribe to his new e-letter, Postcards From the Fringe. It’s the only place to find his daily insights about the markets as he backpacks across the world.