Nick’s Note: PBRG co-founder Mark Ford has studied the secrets to building wealth for more than 30 years… And he’s found that many commonly accepted “facts” about wealth-building are actually fallacies.

In today’s essay, he dispels these pervasive “facts” about creating wealth that could actually cost you money…

When I “decided” to get rich, I didn’t know the first thing about creating wealth.

I was an editor. I wanted to be a novelist. I’d never taken a course in finance or economics. Plus, I was broke.

But I had a great advantage. I was working for a human wealth machine—a man who, at 43, had already created three hugely profitable businesses.

He adopted me as a surrogate nephew/son and taught me everything he knew about making money.

I retired 12 years later with a net worth well in excess of $10 million.

After two years, I went to work as a business consultant at Agora, one of the largest and most successful consumer newsletter publishers in the world. Agora’s founder, Bill Bonner, allowed me to learn more by giving me carte blanche to test, refine, and sometimes rethink what I’d learned from my first mentor. As a result, my wealth has multiplied many times over.

At 50, I “retired” for the second time, gave up my “get-rich” goal, and replaced it with another. I was going to be a published writer. In the next 10 years, I wrote and published a dozen books and thousands of essays, most of which were about what I knew: entrepreneurship, marketing, management, and wealth-building. And although it was no longer a priority, my net worth grew.

I’d like to think that my observations and advice are somehow better now. At the very least, I’ve been able to go wider and deeper in terms of thinking about wealth, how it’s created, how it’s invested, and how it’s lost.

Why am I telling you all this?

Maybe because I’d like you to think that when it comes to the subject of building wealth, I have some insights that might be useful to you.

For example, I’ve come to believe that many commonly accepted “facts” about wealth-building are, in fact, fallacies.

Take these six as examples:

If any or all of these statements sound true to you, then I may be able to help you. I may be able to show you not just why I think they’re false, but also how believing them can keep you from acquiring the wealth you want.

I realize this is beginning to sound awfully pompous. So allow me to back up a bit and admit that I’m hardly the first or only person who went from broke to rich and then wrote about it. When it comes to the sort of advice I’m trying to give, you have dozens—even hundreds—of people to go to, some of whom are much richer than I am.

The point is, I don’t think I have the truth. But I have a truth: the way I went from broke to rich. And to be fair to you, that’s all I should write about because that’s all I really know about.

I do occasionally read books about entrepreneurship, investing, and so on… And when I read something that strikes me as true, I write about it. But I do try to stay aware of the difference between what seems to be true and what I know to be true.

What I know to be true is not quite science, but it’s as close to science as I can get: It’s based on things I’ve done or seen repeatedly in different situations. When I see a pattern confirmed time and time again, I begin to consider it to be a fact—not a universal truth, but fact enough for me to recommend it.

Here are some of these facts:

The intelligent wealth-builder takes advantage of safe bets and avoids risky ones. He does this as an employee, a business owner, and an investor. He understands that smart financial decisions are cautious decisions. When he must take risk, he does so with some sort of loss limit in place. He never loses more than he’s comfortable losing.

Spending money prudently is an economic virtue, but being stingy—i.e., paying less than market value for goods or services simply because you can—is a flaw. The rich man who undertips does so not because he has learned the value of money, but because he’s simply a cheap bastard. It’s as simple as that.

The most important factor in wealth-building is not ROI. Instead, it’s the accumulation of net investible wealth: the amount of money you’re able to devote to investing after you’ve paid for all your regular expenses—your car, home, debts, and loans.

Plus, individual investors chasing yield typically get ROIs that are less than half those of market averages. This is why the intelligent wealth-builder devotes the lion’s share of his wealth-building time to increasing his income and setting realistic goals for his stock and bond portfolios. By realistic, I mean market averages, plus or minus 10%.

The typical portfolio of stocks, bonds, and cash—however allocated—is an inadequate approach to building and safeguarding wealth. The intelligent wealth-builder will also include other assets, such as income-producing real estate, tangible assets, alternative fixed-income investments, and direct investments in cash-generating private businesses.

Buying a more expensive home every time you get a big raise is a great way to ensure that you will never get rich. What you want to do is find the least expensive house you can love and keep. The longer you keep it, the more income you’ll have to invest in the sorts of assets that will eventually make you rich.

Asset allocation is indeed very important, but it’s only one-third of a larger strategy that truly is most important. I’m talking about risk management. Risk management has three parts: asset allocation, position-sizing, and loss limitation. The intelligent investor pays equal attention to all three.

Okay, those are six facts that dispel the common fallacies. Got a few minutes more? Here are four more facts—some of which are very basic, but often ignored…

The biggest mistake retirees make is giving up their active income.

Yes, I know that’s exactly what you hope to do. But to keep your wealth for a lifetime, you need multiple streams of passive income. Your goal should be to build each stream of income to a level where you can live on that and that alone.

The “miracle of compound interest” applies not just to money, but also to skill and knowledge. If you want to get rich and stay rich, you need to invest as much of your spare time as possible acquiring financially valuable skills and learning about your business.

As a general rule, buying makes you poorer, whereas selling makes you richer. If you want to develop a wealth-builder’s mindset, develop the habit of asking yourself every time you buy or sell anything: Is this making me richer or poorer?

Every type of financial asset has its own unique characteristics in terms of growth potential, income potential, and risk. Expecting more growth or less risk than “normal” from any investment is a bad idea. And that’s why 90% of ordinary investors have results that are far poorer than market averages.

There are two ways that investments can build wealth. One is by the generation of income. The other is through appreciation—an increase in the value of the underlying asset. Certain asset classes are inherently structured to increase in value… some to preserve value… and others to do both.

You may find some of these facts instantly sensible. Others you may disagree with, be confused by, or see as unimportant. But please don’t just read them and dismiss them. Give yourself a bit of time to think about them.

For me, they’re useful and important because they’ve worked for me and for people I mentored—over and over again. Which means, of course, that they might work for you, too.

His previous predictions have given early investors the chance at gains as high as 270%, 1,011%, and more. 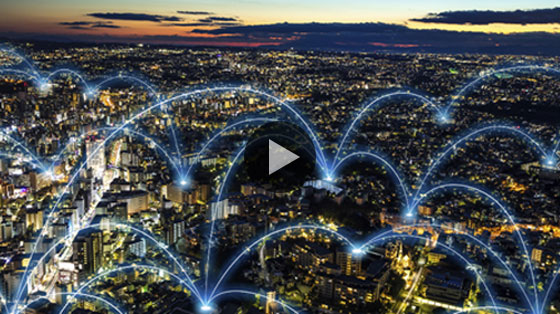