They call him Bitcoin Jesus…

Roger Ver had been selling network hardware for 15 years.

He ran a successful business and was a hardcore libertarian.

During his spare time, Ver was a frequent listener of the Free Talk Live libertarian podcast.

In 2010, the podcast did a piece on bitcoin. Roger listened.

And in that moment, Ver knew that the idea of a decentralized currency that no one could manipulate or control would work.

That faith paid off…

Ver was such an advocate of bitcoin that he earned the nickname “Bitcoin Jesus.” He preached the virtues of bitcoin to anyone who’d listen.

He’s not alone… There are plenty of others…

I’ve reached out to Ver and many others like him. And as far as I can tell, there’s nothing remarkable about them.

They weren’t tech gurus or super-sophisticated programmers. They were just like you and me.

The one trait that seems to unite bitcoin millionaires is their dislike of big government.

Ver was intrigued by the idea that bitcoin could free people’s money from government manipulation and control.

He believes we should be in charge of our money… not some central governing authority.

But they also gravitated to bitcoin because they love freedom. And that’s what I want to talk to you about today…

Bitcoin was the first cryptocurrency to provide a great deal of anonymity (and still does).

Your name isn’t part of bitcoin’s ledger. But the ledger (called the blockchain) that tracks bitcoin transactions is open for the whole world to see.

[The blockchain is a decentralized, secure digital ledger. It’s revolutionizing the realm of digital transactions—everything from trade to music to real estate.]

This matters to privacy advocates because if even a single one of your transactions can be tied to a specific address in the blockchain, a forensic research team could unravel your entire payment history.

Investigators can track who sent you money, who you sent money to, what you bought, and who you bought it from.

Now, it’s difficult to unravel the bitcoin blockchain… but not impossible.

That’s why I reached out to Roger Ver, the man people call “Bitcoin Jesus.”

Roger has built up a $52 million net worth from a string of successful cryptocurrency startup investments.

He’s the “go-to” guy for what really matters in the cryptocurrency space. If there were a truly secure digital currency out there, Roger would know.

He lives in Japan and is a very private man.

It took a lot of persistence to get a meeting with him, but it was worth it.

In a moment, I’ll pass along his advice…

But first: Please don’t misunderstand me… I am not suggesting that we are doing anything wrong by maintaining anonymity.

There are many legitimate reasons to want to keep your payment history private. From the political parties you choose to support to the charities you deem worthy of receiving your money.

Either of these two choices could be used against you by a potential employer, political rival, or government agency. (Remember the IRS scandal? Tea Party groups accused the agency of unfairly singling them out for audits.)

A Natural Market for the War on Cash

Your financial privacy is under assault by the War on Cash.

Every day, we get closer to a world where the government can peer on every single one of your purchases.

Fortunately, Roger told me about a new cryptocurrency that can protect your privacy more effectively than bitcoin.

It’s called Dash. We recommend you look into it.

Keep in mind… These are new ideas, and I haven’t vetted them as thoroughly as bitcoin.

And, of course, I’ll keep you updated on any new developments here…

P.S.  If you’re looking for the most anonymous cryptocurrency out there, then you need to look into “Bitcoin Jesus’” latest idea.

Just in case you think that sounds like hyperbole, consider this: Back in 2011, Roger said that within two years, bitcoin would outperform gold, silver, and the stock market by a factor of 100.

And within 26 months, that is exactly what bitcoin did.

From Brian P.: I just wanted to say thanks to Teeka and the team for the great work they’ve done on cryptocurrencies. It wasn’t something I would have even considered before reading the research in Palm Beach Confidential. It’s exciting to be involved in the leading edge of a new monetary trend.

I would encourage other readers to get on board. It’s not as easy as trading with an online broker… but it’s worth the effort. Due to the thousands of hours of work Teeka has done, the average investor can get comfortable with trading cryptocurrencies in 15 to 20 hours. I’m looking forward to expanding my portfolio and adding to current positions as the opportunities arise.

This man just collected $191.22 using a secret stock market move that takes just two minutes to execute… And pays out cash every single time. How?

Click here or on the image below to find out… 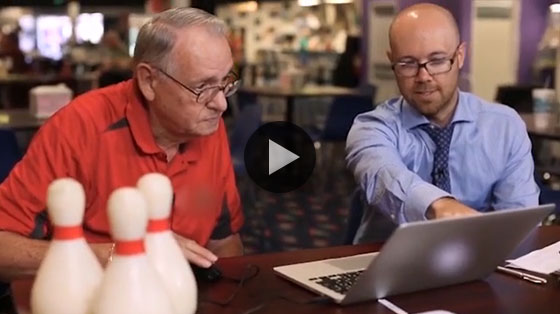