Nick’s Note: Bitcoin is down 61% from its January 2018 high. But most investors make the mistake of watching price action instead of looking at the big picture when it comes to investing in early stage technology.

It’s a mistake even Apple’s late CEO Steve Jobs made. World-renowned cryptocurrency expert Teeka Tiwari explains how this mistake cost Jobs $75 billion… and could cause you to miss out on life-changing gains…

In 2003, I started recommending Apple to my clients.

At the time, the stock had been destroyed. Prices dropped from a high of $36 per share to $12 when I bought it.

Shortly after I started buying, news came out there was massive insider selling… and the stock plummeted to $7.

Who was that insider?

Imagine the calls I got from my clients at the time…

While I was buying Apple, Steve Jobs—the guy who was brought in to rescue the company—was dumping millions of dollars’ worth of stock…

People thought I was crazy.

But they fell into a trap that catches many amateurs who don’t understand investing in breakthrough technology… You can be brilliant at technology (like Jobs) and be just absolutely dumb at understanding how markets work.

Jobs was a marketing savant and a great CEO. He turned Apple around and made it the largest company by market cap in the United States.

But his mistake in 2003 cost him a bundle. Adjusted for stock splits, the shares he sold would be worth over $75 billion today.

How to Value Cutting-Edge Technology

Jobs’ big mistake was he drew long-term conclusions about Apple’s value based on its stock price rather than on its technology.

In 2003, Apple’s most important product was the iPod. But only people with an Apple computer could use it. So the addressable market was only about 3% of computer users.

However, I knew the company was working on a version of the iPod that would be compatible with personal computers. And PC users made up the other 97% of the market.

For me, the decision to buy Apple was easy.

I went out, bought an iPod, and confirmed it was an amazing device. I recognized the iPod as the most transformational music device since the Sony Walkman of the 1980s.

It was a no-brainer that PC users would fall in love with iPods—just as Apple users had. Except this time, Apple could sell iPods to a market of hundreds of millions of PC users instead of the tiny market of fewer than 10 million Mac users.

And that’s exactly what happened.

By 2004, Apple’s stock had doubled… And the company was well on its way to becoming the tech juggernaut we all know today. Since the lows of 2003, shares have gone from a split-adjusted 91 cents to $233.

My clients made a bundle.

So here’s the investment lesson from Apple…

When it comes to early stage technology like the iPod, I look at two key drivers to gauge the health of an investment: 1) the pace of innovation, and 2) the pace adoption.

Pace of Innovation and Pace of Adoption

These are my favorite two metrics to gauge the health of early stage tech.

As I learned from Apple, price action can be the least-revealing factor of how successful an investment will be.

During times of negative sentiment, price doesn’t tell you how well a company is doing. It just shows you how scared everyone is. The underlying fundamentals are forgotten.

I’m sharing this ancient history with you because cryptocurrencies are having their own “2003 Apple moment.”

Just like the iPod, the technology behind cryptocurrencies is improving every day…

Developers are testing an innovation called the Lightning Network right now. It will allow bitcoin to essentially go from dial-up modem speeds to broadband speeds. This innovation will unleash enormous capabilities on the bitcoin network.

For example, the Lightning Network will allow bitcoin users to make almost limitless and instantaneous transactions at virtually zero cost.

The second—and ostensibly more important—metric for early stage tech investors is the pace of adoption. And we’re seeing rapid advances on this front:

The list of traditional financial firms offering crypto trading to their millions of customers goes on and on.

As you can see, just like how Apple went from a tiny market to a huge market—crypto is about to do the same.

Don’t Get Distracted by Prices

We will look back on today’s crypto prices and marvel they were ever this cheap.

It’s easy to get trapped into thinking the market is right and you are wrong.

Many people made that mistake with Apple in 2003. I get that… because most folks think the market is rational.

But I’ve learned the market can go through long periods when it’s not rational—just like 2003 with Apple and now in 2018 with crypto.

I’m here to tell you today—in no uncertain terms—the same series of events that led me to buy Apple in 2003 is happening right now in crypto.

I know it’s unpleasant to watch the market get beat around like this. I hated watching my position in Apple drop 40% in early 2003.

We will always have volatility in early stage tech plays. That’s why we use small, uniform position sizes. The second key to thriving is to stay focused on the big picture.

The adoption of the crypto asset class by hundreds of millions of traditional investors is about to take a gigantic leap forward.

Those who position themselves now before this onrush of new investors will be in place to make truly life-changing wealth.

P.S. As you know, I recently got together with TV host Glenn Beck to discuss a major coming change in the crypto market that I believe will spark the next wave of cryptocurrency millionaires…

The amazing news for you is, just a few days ago…the Securities and Exchange Commission handed you a rare second chance to get in before you miss out.

You can view this free event tonight at 8 p.m. ET. During the broadcast, I’ll reveal three of my top cryptocurrency recommendations.

And as a bonus for signing up, I’ll send you a free copy of my latest report, The Crypto Manifesto: Why Cryptocurrencies Are The Smartest Speculation You Can Make Today.

Last week, we asked whether President Trump is winning the trade war… One reader sounded off…

From Frank T.: Yes, President Trump is delivering on his promises. Too bad the Dems can’t accept it.

From Robert W.: Thank you so much for the website update. Navigating to my newsletters was a pain before, having to scroll through the introductory material every time and finding the “Issues” link. It’s much more useful now, with the recent newsletters at the top. Good job.

Teeka will present his latest cryptocurrency research at the Legacy Investment Summit during October 18 and 19 in Bermuda.

He’ll be joined by media personality Glenn Beck, award-winning journalist John Stossel, as well as 15 more of the brightest minds in finance.

Now, we realize not everyone can (or wants to) travel out of town, away from work, family, and home for several days to attend a conference…

That’s why we made a special “livestream” available so that you can watch the entire conference from the comfort of your own home. Learn more about this opportunity right here. 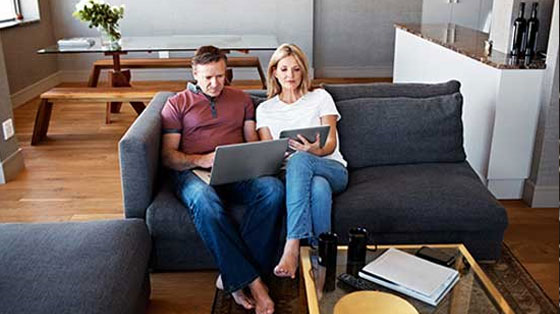