During these “cyclical” bear markets, investors can expect more volatility. So in today’s essay, Teeka identifies a few risks out there…

Nick: Teeka, you have some big ideas for our readers in 2019. On a recent conference call, you told the PBRG team that you’re looking into some exciting alternative ideas outside of the stock market in 2019.

We’ll get to that in a moment…

But first, let’s talk about the market… Everyone knows you’re a long-term bull. And when the market tanked last year, you went against the crowd and said the pullback was temporary.

The market is off to its best start in a decade. Does that mean the bull is ready to resume?

Teeka: It’s important to know what type of market we’re in. Right now, we’re in a cyclical, short-term bear market within a secular, long-term bull market.

These cyclical bear markets usually only last nine to 18 months. Then, the secular trend takes over again.

Nick: So what’s the playbook for a cyclical bear market?

Teeka: When we’re in a secular bull market but a cyclical bear market, we put new money to work during any sell-offs.

So you wait for the market to come down. And on the days when everyone is pulling their hair out, you buy.

When you’re in a cyclical bear market—like we’re in now—unless there’s a special situation, you want to avoid buying after a big rally like the 11% run-up we’ve just seen in the S&P 500.

Don’t get a case of FOMO [fear of missing out] right now. The worst killer of capital for investors is FOMO and thinking the market will never go down again.

We’re at the top of the trading range right now. And the odds are we’ll see another temporary pullback.

Nick: What makes you think we’ll see another pullback?

Teeka: Markets generally don’t move so far and so fast off a 20% drop without revisiting their old lows.

But there are a couple of other risks out there, too.

Did you see the recent reports of the FBI investigating whether President Trump is a Russian agent?

I don’t think he is… But can you imagine what would happen to the markets if an investigation started making concrete claims the president of the United States was under Russian influence? They’d crater. And I think the market is overlooking that risk.

Then, there’s the government shutdown. How much has that affected the economy?

Well, the government originally estimated the shutdown would subtract 0.1 percentage points from growth every two weeks. But that’s now been doubled to a 0.1-percentage-point subtraction every week. That could be a huge hit to the economy.

Plus, hundreds of thousands of federal workers won’t be getting their paychecks this month. That could also have a ripple effect through the economy.

Looking internationally, there’s still no trade deal with China yet. And the tariffs imposed last year are scheduled to increase on March 1.

And on top of that, rising interest rates by the Federal Reserve remain a constant fear.

So there are a lot of potential catalysts that could push the market down in the near term.

Nick: So what are you doing in the meantime?

Teeka: Right now, I’m looking at unique ideas. Some are special situations in the market that are exceptionally cheap and/or have shown remarkable resiliency. In some cases, this resiliency has spanned every bear market in the last 20 years.

We’re doing some provocative research in that area.

Outside of the market, we’ve been looking for safe, alternative ways to both make money and secure large income streams.

Nick: Those sound like some interesting opportunities, T. We look forward to hearing more about them. Thanks.

Nick’s Note: If you have any questions for Teeka, you can send them to us right here…

This new technology will change electric vehicles as we know them… 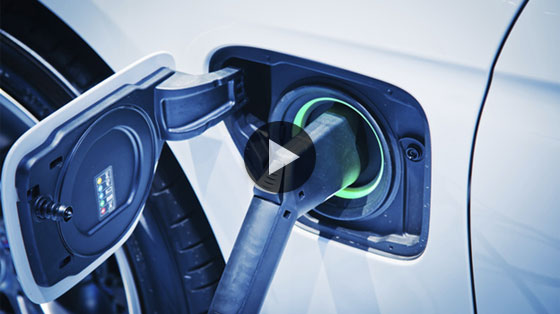