Nick’s Note: On Mondays, we turn over the reins of the Daily to former hedge fund manager Teeka Tiwari for his big-picture view of the markets. It’s a feature you’ll only find right here.

While traveling throughout Europe this past month to educate large investors on what’s happening in the crypto world… Teeka happened to stumble across a hidden currency crisis that no one is noticing.

Today, he tells me what it is… and how to protect yourself from it.

Nick: Hi, T. Can you tell us about this hidden currency crisis?

Teeka: Sure. Emerging market currencies are getting hammered right now.

Most people have probably heard a little something about what’s going on in Venezuela. The inflation rate there is nearing 1,000,000%. Stores are empty, and people are starving. Millions of Venezuelans are fleeing their country to survive.

But that’s not the only currency crisis going on.

The Argentine peso has lost 51% of its value so far this year. And the currency continues to fall.

Argentina is relying on a $50 billion bailout loan from the International Monetary Fund. Why anyone would give Argentina money is beyond me. The country has gone bankrupt seven times in the past 200 years… But that’s something for another day.

The Turkish lira is also down—42% so far this year.

Even the Russian ruble has started to crumble… It’s down 17% compared to the dollar.

In the currency markets, a 5% annual move is huge. And all these moves are more than three times greater than that. It’s devastating these emerging market currencies.

Teeka: A major problem is debt.

Many of these countries borrowed vast sums of money. Emerging market debt has tripled since 2007, and now stands at $63 trillion. That’s bad enough… But to make matters worse, many of these loans must be paid back in U.S. dollars. As the dollar rises, their currencies get weaker… So the loans get more expensive to service.

Emerging markets need to pay back or refinance $1.5 trillion in debt over the next 18 months. And guess what? They don’t have the money.

So you have countries issuing debt they can’t service… and printing too much money to try and cover this debt. Nothing kills a currency faster than that.

Nick: What do these currency crises mean for those countries and their citizens?

Teeka: It absolutely destroys their economies.

I just got back from Russia a couple weeks ago. While I was there, I asked people what they were doing about the falling ruble. And you wouldn’t believe what they told me… They said they just stopped saving!

Saving was pointless… So they’d go and spend all their money as soon as they earned it.

Russians are really worried about the ruble. Historically, the ruble gains strength when the price of oil goes up. Over the past two years, oil has soared 55%. But the ruble has dropped 40% in value since February.

It leads people to believe there’s something bigger going on behind the scenes..

Nick: But there’s got to be some way to save… even in those countries…

Teeka: The wealthy have a couple of options.

You can buy real estate. Property tends to do well in a currency crisis. But the thing is, banks aren’t lending money. Why would a bank lend you money when they know the payback will be in devalued currency? They won’t.

So you can’t get loans to buy real estate.

You can try buying gold or silver coins… but you can’t spend those. That creates a real problem when it comes to paying your bills.

Anyone who knows me probably knows where I’m going next…

The only thing some of these people can do to maintain purchasing power and pay their bills is turn to bitcoin.

And this is the one thing most Americans don’t understand. We have a relatively stable currency here. So we don’t see the need for bitcoin.

I’ve always said bitcoin is a great speculation for Americans, but it’s not designed for everyday use. Most of us aren’t going to be paying for our daily coffee with bitcoin anytime soon.

But bitcoin becomes valuable elsewhere as a medium of exchange.

Between August 1 and August 12, bitcoin trading volume in Turkey exploded 350% while the lira crashed. It’s up more than 150% in Venezuela since the beginning of the year… and it’s nearly doubled in Argentina since March.

When emerging markets have currency crises, their citizens turn to bitcoin.

Nick: Why don’t people in these countries use U.S. dollars instead of bitcoin? After all, the U.S. dollar is the world’s reserve currency.

Teeka: It’s not that easy to get U.S. dollars in some places…

First, most countries only allow you to transact in their own national currencies. And that’s what most people use. So using physical dollars is out.

Another option would be credit cards. But there’s a couple problems with using them, too.

Some countries restrict the use of credit cards. In others, the interest rates are so high that it’s prohibitive for consumers to use them. Also, the average emerging market consumer doesn’t have a strong credit history.

Assuming people could get a credit card, my experience is local merchants in emerging markets don’t like to take them because of the high fees.

That really only leaves us with cryptocurrencies as a viable solution.

That’s why whenever there’s a currency crisis, bitcoin usage goes up. You can’t put capital controls on bitcoin. That’s why it’s so heavily used in Venezuela right now.

Now, like I said, this will only happen in countries with a currency crisis. Even then, it happens slowly. It’s not like everyone just wakes up one day and starts using bitcoin.

Nick: What’s holding back the full-scale adoption of bitcoin?

Teeka: Bitcoin has a scaling problem. When a lot of people use the bitcoin network, it slows down transactions, and fees go up. It’s like a toll road with a lot of traffic. Tolls go up when traffic increases.

But like I told you back in May, bitcoin will soon have a solution to this problem.

The transactions on the Lightning Network will happen instantaneously… and the fees will be so miniscule, you won’t even notice them—less than a millionth of a penny per transaction.

Right now, it’s in beta testing. Developers are working out all the bugs. But in six to 12 months, it’ll be ready to roll out for everyone to use.

Then, for the first time ever, we will have a fully scalable and cheap global bitcoin payment network.

This will open a whole new world for payment applications. All of a sudden, instead of taking 10 minutes and at least $1 in fees to send a transaction… you’ll be able to do micro-transactions that will settle instantly for a cost that is essentially free.

Remember when long-distance telephone calls used to cost 15 cents per minute? Then the telecom companies deregulated… and long distance became free. And what happened? Telecom usage exploded. There was enormous value creation in the telecom space.

Nick: What will that do for the price of bitcoin?

Teeka: For us, it will push the price of bitcoin higher as more people use it. How high? My price target is $40,000 per bitcoin.

Nick: I love hearing stories from people who are traveling the world. Thanks for sharing with us. Have a good one, T.

Teeka: You’re welcome. And always remember, if you’re investing in this new asset class, keep your position sizes small and uniform. Ignore the volatility, and stay focused on the big picture.

Nick’s Note: Next month, I’ll be joining Teeka in Bermuda for the first-ever Legacy Investment Summit. This is the biggest event of the year for our firm.

During the Summit, Teeka will host an exclusive presentation about cryptocurrencies—giving you the type of access to his ideas that is usually reserved for large investors and major players in the crypto space.

We’ve set aside a handful of tickets just for our Daily readers. So if you want to come meet Teeka in person, click here for the details.

As you know, over the past three years, Teeka has shown his readers how to make huge gains in cryptocurrencies—with several of his readers reporting making small fortunes.

But Teeka only recommends people invest 5–10% of their investable net worth in cryptos. When it comes to the other 90–95%, he prefers a series of low-risk investment strategies that generate great gains consistently, year after year.

Now, for the first time, this Wednesday at 8 p.m. ET, Teeka is revealing these strategies—and three free trade recommendations—in a new training webinar. 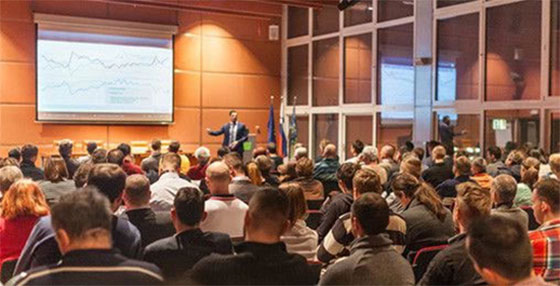