Nick’s Note: The S&P 500 shot up 21% since bottoming out last Christmas Eve—and some stocks increased even more than that. However, as I mentioned last Tuesday, the market looks like it’s ready to take a breather.

That’s why I called former hedge fund manager and PBRG guru Teeka Tiwari, who’s seen a few market rips during his three decades on Wall Street… Because when the market does pull back, we won’t want to put our money to work elsewhere.

But today, he tells me about a new investment idea outside of the stock market that’s got him excited in the meantime…

Nick: Thanks for joining me, T. Before we get started, I want to ask how everything’s going since a hacker tried stealing your identity.

Is your life back in order yet?

Teeka: It’s getting better. I’m slowly regaining access to all of my accounts that were either locked or had their passwords changed. So that’s good. But there’s still a lot to do.

Going forward, it’s going to take more time for me to do things like apply for credit or log in to my accounts… But it’s just the way things are going to have to be. It’s better to be a little inconvenienced now than be more inconvenienced later.

Nick: I’m glad you’re getting everything back in order. Let’s get to today’s topic…

What’s your take on what stocks are doing right now?

Teeka: The stock market has been on an incredible run. I thought the S&P 500 would take a breather 200 points ago.

There’s no question the market has been extended… and it looks like we’re finally seeing the market cool down after last week’s pullback. I’d love to see prices come in a little more because it’s been tough to find real bargains.

Nick: That makes sense. I’m waiting for the market to pause a bit before I get back in, too. So where can investors put their money until the market catches its breath?

Teeka: As I told you before, I’m looking at alternative investment ideas. One of those little pockets of opportunity can be found in venture capital [VC] and private equity [PE] funds. These are funds that mainly invest in early stage private companies.

One example of these types of firms is Sequoia Capital. It focuses on technology startups.

Sequoia funded some of today’s most famous companies before they became famous—like Apple, Google, Instagram, and PayPal. Today, they’re all multibillion-dollar companies.

Another example is Andreessen Horowitz. In 2013, it invested in the ride-sharing app Lyft when it was worth only $275 million. Lyft plans to go public this year—and its projected valuation is between $20 billion and $30 billion.

It’s returns like these that make the VC and PE market so attractive to investors.

Nick: But isn’t it difficult for the “little guy” to get into these funds?

Teeka: Yes. These funds are usually restricted for “accredited” investors and large institutions. And to be an accredited investor, you must have a net worth of at least $1 million… or an annual income of at least $200,000 for the last two years.

Now, all the billionaires want to invest with the smartest VC firms in the world, but even they can’t always get access.

Most of the world’s fastest-growing companies remain private for a long time. And if you want the explosive 100x or even 1,000x gains, you have to be invested in them.

But with the exception of cryptocurrencies, the average investor is blackballed from these amazing opportunities. There’s no chance for the little guy to get into these deals.

Nick: But you’ve found a way for ordinary investors to tap into them?

Teeka: In this month’s Palm Beach Letter, my chief analyst Grant Wasylik has uncovered a backdoor way for ordinary investors to access these private companies.

Powerful people trade favors to get into these kind of startup companies. They’re normally reserved for the very rich and influential.

What’s amazing is Grant’s found a way into this market on better terms than what even the wealthiest investors in the world can receive.

It’s truly a unique investment that has the power to trounce typical stock market returns with just a fraction of the volatility.

In fact, it’s outperformed the S&P 500 and Dow Jones U.S. Technology Indexes in nine of their worst 10 months.

Nick: What about the fees? VC firms are known to charge quite a bit to manage your money.

Teeka: In the VC world, most funds charge 2% in management fees and 20% for performance fees. Some of the best charge even more. Plus, you have to lock up your money for five to 10 years—on top of the millions you need to invest just to get in.

For instance, Sequoia launched a fund last year with a whopping $250 million minimum to get in. These funds can charge high fees because they’re the only game in town for making these exciting, highly profitable investments.

But the fund we’ve found has no performance fee and only a 2% management fee. That’s unheard of in the VC world. So we’re getting a much better deal than the large institutions investing in traditional VC funds are.

Now, this fund is slightly harder to buy than a traditional stock. And there’s a good chance your broker has never heard of it. But we provided step-by-step instructions on how to purchase this unique investment in The Palm Beach Letter.

Nick: For non-subscribers, are there any ways to tap into the VC space?

Teeka: Not yet, to my knowledge; but I would expect more funds like the one we found to eventually find their way into the market.

Nick: And we’ll be on the lookout for them.

Thanks for sharing the details on this investment with us, T. I hope subscribers take advantage of this unique opportunity.

And if you aren’t a Palm Beach Letter subscriber, you can learn more about our other alternative investment ideas right here…

From Joe R.: Regarding electric cars, I was surprised to see Jeff identify the downsides of electric vehicles. But he omitted a couple of issues…

First, the rare earth elements required for the batteries are limited, and most aren’t sourced from within the U.S. Second, there’s the disposal of those batteries. The elements used in them pose a health hazard.

And another “shortcoming” of electric cars is their range. Today, they’re a good choice as an “around-town” car. But due to the hours required to recharge their batteries, they’re a poor choice for long-distance trips. I enjoy trips of 500 to 900 miles in a single day.

I really believe that hydrogen fuel cell-powered cars are a much better replacement for current internal combustion vehicles.

From Dominique T.: I understand Jeff’s rationale for buying EVs… And I believe in the next five years, we’ll be able to capture carbon dioxide and convert it into electricity for much cheaper than it costs today. That will make EVs more affordable.

Do you have questions or comments for our editors? Send them to us right here…

And you can get all the details on it right here… 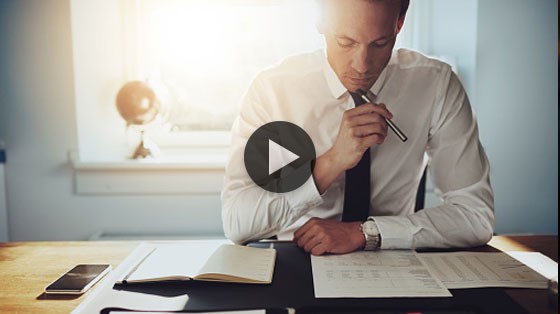