Nick’s Note: On Mondays, we feature former hedge fund manager and PBRG guru Teeka Tiwari. It’s a feature you can only find here at the Daily.

On October 1, General Electric (GE) ousted its CEO in a surprise move. The company also took a massive write-off. Despite the bad news, shares jumped 12%.

To some investors, GE might look like a bargain right now. But Teeka explains why they could be walking into a value trap—and where they should look instead…

Nick: T, General Electric had a lot of bad press earlier this month. Yet the stock jumped 12%… though it’s still down 80% from its peak in 2000.

Some people may think the worst is behind GE, and that it’s a good buy now. But before we get to whether GE is a value investment, what’s your take on the situation?

Teeka: It’s sad to see an American icon like GE go down. Earlier this month, the company fired CEO John Flannery, who was at the helm for only 14 months. GE’s board hired him to try to clean up the mess left behind by previous management… But apparently, he wasn’t moving fast enough.

For over a century, GE had been one of the most admired businesses in the world. It was involved in everything from light bulbs to power generation and even airplane engines.

Now, it’s down to about $100 billion. It’s lost almost a half-trillion dollars in value over the last 18 years.

Can you imagine holding shares during that time? You’d be in an 18-year bear market in the stock.

Nick: I hope not too many held onto GE that long… What caused its downfall?

Teeka: It’s hard to pinpoint just one thing. But even when things were going well, I had my suspicions about the company.

Under former CEO Jack Welch’s leadership in the 1990s, GE beat its earnings estimates by one cent every quarter—one cent… every quarter. That’s just not possible. The odds of that happening randomly are infinitesimal.

I knew they were cooking the books over there—doing some off-the-balance-sheet financial engineering to meet the targets. But I didn’t realize how bad it was.

A lot of this was happening in the GE Capital branch. It was a bank hiding under the GE corporate umbrella.

The financial side of GE made over half the company’s profits in 2007. By 2008, it was clear that GE Capital was a bad idea. Then-CEO Jeffrey Immelt added $250 billion in debt to GE Capital to grow that side of the business.

Things were so bad that Immelt had to go to Warren Buffett for a $3 billion loan in 2008 during the financial crisis. Without that loan, GE may have gone bankrupt right then.

John Flannery only had 14 months to try to right the ship… But that wasn’t nearly enough time to rid the 126-year-old conglomerate of its problems.

Teeka: Sometimes a company can look cheap and look like it’s a good value… but isn’t. It’s actually a “value trap.”

A value trap is a company that appears cheap because of a large price drop in its shares. But it’s actually expensive compared to future growth.

At the end of last year, GE’s price-to-earnings ratio—how much investors are paying for $1 of earnings—was a low 14.7. That was about 50% lower than the stock market average.

It looked cheap… So we added it to The Palm Beach Letter portfolio in August 2017.

However, no matter how good something looks… we always use a stop loss. And thank goodness we did. We stopped out of GE in October 2017 at $21.89 per share for a 14% loss.

At the time, it stung to take a loss on what still looked like a cheap stock. But I’ve learned not to argue with my stop losses. It was clearly the right move because GE has dropped another 43% since then.

Nick: So after a decade-long bull run, are there any good values in the stock market? And don’t tell me bitcoin… We all know you think that’s a good buy!

Teeka: Yes, bitcoin is a good value today because it’s on the cusp of going mainstream as a widely held investment asset.

But in the stock market, I think there are a few pockets of value out there.

I think precious metals are cheap… But they’re not done going down yet. Gold has been in a steady downtrend since the end of April. It’s fallen about 11% this year.

With inflation picking up and so much global uncertainty, gold has every reason to go up… It hasn’t responded to anything—yet. But one good global scare, and gold prices could come roaring back.

I’ve been saying that the healthcare sector is cheap relative to the S&P 500 for a while, too. And it’s growing faster than the market. Even more, it’s incredibly cheap to its historical valuation.

Healthcare isn’t going away. America is aging… Older people need more medications and medical care. And it’s not like people are going to stop getting sick. So I’m bullish on healthcare right now.

I also like tobacco stocks. I think they’re done getting beat up. Investors left them because of the adoption of vaping with e-cigarettes and the slowdown in tobacco usage. But that’s not a reason to sell these companies.

Big Tobacco has proven to be highly resilient. These guys gush cash and pay fat dividends—almost twice that of the 10-year Treasury bond. I think the growth story for that sector lies in marijuana, and of course, e-cigs.

At some point, the federal government will legalize marijuana. And when it does, Big Tobacco will swoop in and buy everybody. But it won’t act until federal drug laws change.

This gives us an opportunity because these tobacco businesses are trading as if they’ll never experience earnings growth again. It won’t take much of an uptick in investor sentiment for these stocks to start gunning higher.

And as mentioned before, the yields are nothing to sneeze at, either.

For instance, British American Tobacco has a 5.9% yield. So even if marijuana legalization is a few years off, you can collect dividends while you wait. And I’m okay with waiting.

Nick: Thanks for chatting with us about value traps and market opportunities today, T.

From Al L.: You and Trump are wrong. NFL ratings are up this season.

From Anthony P.: The draft-dodging president has no right to open his mouth. It irks me to see him getting saluted when he deplanes from Air Force One.

From Alex C.: I don’t think the football players who kneel during the games are unpatriotic. They have not made any disrespectful gestures while the national anthem is playing. Do we say kneeling before the king is disrespectful? They are simply telling the public that they are not being treated fairly… and they have my empathy.

From Grant H.: Look at what the Ultimate Fighting Championship (UFC) did to pro boxing. It has pretty much wiped out boxing. So the NFL can be replaced by esports, too.

Our friends over at Casey Research say an executive order from President Trump will unleash a nationwide hunt for “Brandt Oil.”

An estimated $1.03 billion reserve of this new fuel is the first and only U.S. deposit with near-term production—and it’s 100% owned by a tiny, $2 company. Learn more here… 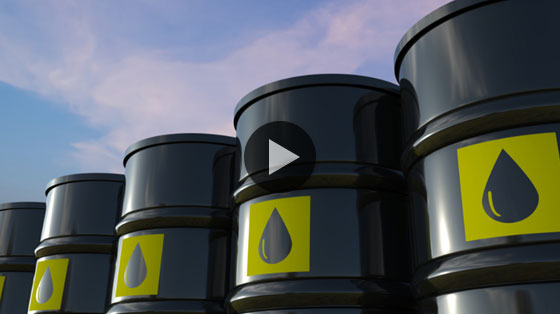