Nick’s Note: What’s in store for the crypto market in 2019? World-renowned cryptocurrency expert Teeka Tiwari says it all comes down to one word: greed.

Wall Street missed out on the crypto boom in 2017 and had to sit idly by during the bear market of 2018, while companies built the infrastructure to allow institutional trading of crypto. And with everything coming into place, Teeka says to expect a frenzy in 2019…

Nick: T, everyone wants to know one thing: How high are cryptos going in 2019?

Teeka: I can’t put an exact number on that. But let me tell you where the market has been and what I think will happen in 2019.

2017 was the year of individual greed. That year, we saw a massive bull market driven almost entirely by individuals. It wasn’t possible for most institutions to get into the crypto market then.

It was probably the first investment since the dot-com boom that individuals were able to get into—and profit from—before Wall Street did.

Then, 2018 was the year of individual fear… Fear, uncertainty, and doubt clouded the crypto markets.

We saw the markets pull back in a big way.

Traders feared governments would come in and shut down exchanges. We saw that in early 2018 when China announced it would shut down all exchanges in the country.

We saw uncertainty in the U.S. over how the Securities and Exchange Commission [SEC] would treat initial coin offerings [ICOs]. In November 2018, the SEC fined two ICOs for issuing illegal securities. And that scared the entire ICO market.

The management teams behind ICOs realized they needed dollars to pay developers, lawyers, or legal settlements—or to return to investors.

This caused a huge cash crunch going on behind the scenes in the ICO market.

When a company goes through an ICO, it raises capital primarily in bitcoin or ether. But those currencies fluctuate widely against the dollar. So when potential outflows of capital approach, these ICOs need to sell their cryptos and raise cash. And it doesn’t matter what the price of bitcoin or ether is. They must sell.

Nick: So when are we going to see an end to this forced selling… and see some buyers enter the market?

I think the forced selling is nearly over. Buying is a different story. And that leads me to my crypto theme of 2019…

Teeka: 2019 will be the year of institutional greed. Let me explain why I think so…

During the depths of the crypto bear market in 2018, about a dozen financial firms started laying down the foundation to get into cryptos. None of them have backed down yet.

The first to go live will be the Bakkt Exchange, which is owned by the same company that owns the New York Stock Exchange [NYSE]. It’s scheduled to launch on January 24. That will be the first time a lot of institutions will be able to enter the market.

It will also be the first time that advisors regulated by the Investment Company Act of 1940 will be able to buy and custody bitcoin. That means we could see bitcoin being bought by large investment companies.

That’ll eventually lead to investors being able to buy bitcoin from their brokerage accounts with the click of a button. That’ll be a first.

And it’ll also make it easier for ordinary people to buy bitcoin. For instance, we won’t have to deal with lengthy crypto wallet addresses that make no sense. We won’t have to worry about maintaining or losing our private keys. Once we get regulated exchanges, that’ll all happen behind the scenes.

Plus, we’ll see another major player get into bitcoin when the Nasdaq launches its futures contracts in the first quarter of this year.

The NYSE and Nasdaq are the two largest stock exchanges in the world, so they bring a wealth of experience and a ton of reputation to the crypto market. They’ll also help expand the pool of available buyers this year by about 15 times.

Compared to about 35 million crypto holders, there are nearly 500 million stock buyers in the world who have never owned crypto.

That will send prices higher. But it won’t be a straight ride to the top.

Nick: Why do you say that?

Teeka: Whenever a tiny market becomes a massive market, prices rise—especially when it comes to a finite instrument like bitcoin.

But between now and the first commercial launch of an institutionally focused crypto exchange, we’ll continue seeing some major volatility. Even though the Bakkt launch is only a couple weeks away, that’s like a lifetime in the crypto world.

So hang on—it’ll be worth it. Because once institutions get in, we’ll see some cryptos surpass their old highs.

Nick: To me, this sounds like Wall Street will gain control of bitcoin and other currencies. Is that a good thing?

Teeka: The libertarian part of me thinks this is horrible. We’ll see a transition away from independent exchanges to institutions. And those institutions will probably create an informal cartel like they have around stock trading.

I hate it. But it’s also naïve to think crypto adoption will grow without the help of traditional financial firms.

Remember, there are nearly 500 million stock buyers in the world who have never owned crypto. These people won’t come into cryptos without Wall Street holding their hands.

We have to accept the good with the bad. And our ideology isn’t going to change anything. What’s important is how to profit from what’s happening.

And we’ll profit by owning bitcoin and other cryptos before the rush of institutional money hits the market in 2019.

Nick: Sounds like it’ll be an exciting year for cryptos. Thanks, T.

Nick’s Note: If you have questions or comments about Teeka’s 2019 crypto market forecast, send them to us right here.

One transaction this Kansas farm boy found turned a very small stake into $64,250 in just 48 hours. 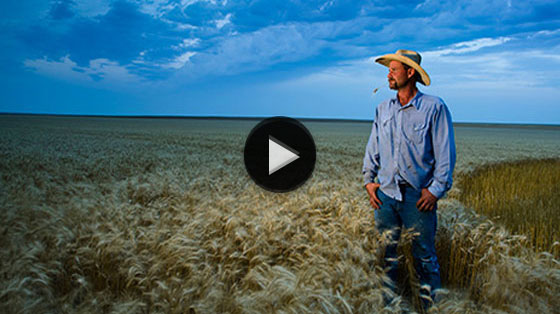