Nick’s Note: On Mondays, we usually run the latest insights from world-renowned cryptocurrency expert and former hedge fund manager Teeka Tiwari. This week, Teeka is on a well-deserved vacation… So we’re taking a break from this feature.

Lumentum is a high-tech company with a $2.5 billion market cap. It makes optical products and lasers for 3D-sensing technology like facial recognition.

In the November 12 release, the company lowered revenue guidance by 17% and its profit outlook by 25%.

It blamed the downward revisions on a request by one of its largest customers to “materially reduce shipments” on its laser diodes for 3D sensing.

Lumentum shares fell 33% on the news.

Now, this might not sound like a big deal to you… especially if you don’t own LITE.

But the announcement rocked the nation’s largest company. If you own this company or are considering buying it on its recent dip… you may want to think again.

Lumentum didn’t disclose the name of the large customer who made the request. But with a little digging, you can easily find out.

Check out the table below. It lists the company’s largest customers by revenue percentage…

As you can see, the only customer that makes up more than 17% of Lumentum’s sales is Apple. No other company comes close.

Before the drop, Apple was the first U.S. company to reach a $1 trillion market cap. Today, its market cap is around $910 billion—still the largest in the country.

Apple has a devoted fan base of more than 750 million installed users. And the company releases a new “upgraded” iPhone almost every year.

The company charges more for new features like facial recognition technology, bigger and better screens, advanced cameras, and faster processing. This isn’t revolutionary technology… so it doesn’t really change how your phone works.

Those are significant price jumps.

In the past, Apple customers would break the bank to buy the latest state-of-the-art iPhone. Today, that looks to be changing…

That’s because the features of the new phones aren’t worth the extra cost. So people are hanging onto their phones for longer… and waiting for new upgrades that justify the $1,099 price tag.

It’s gotten so bad that Apple is trying to hide its disappointing iPhone sales.

Earlier this month, the company said it will no longer report iPhone sales numbers—or sales numbers for any of its products—on future earnings calls.

Instead, it will only report revenue generated from sales. It’s clear what Apple is trying hide. As Goldman Sachs recently wrote:

We are concerned that end demand for new iPhone models is deteriorating… While Apple may have already contemplated some weakness in its guidance, we feel the timing and magnitude of the [Lumentum] reduction suggests Apple is seeing incrementally worse demand data.

But we’d avoid this dip until Apple can prove the sales decline has reversed. And that will be difficult with this lack of transparency.

From Gail H.: Teeka, thanks for the update and enjoy your well-deserved vacation… Boating holidays are the best!

My favorite family holiday with my late husband was sailing charters in the Seychelles, the Whitsunday Islands, and the Florida Keys. Besides the awesome experience of being on the water, it’s a team effort and there is nowhere for anyone to escape to.

Whatever type of vessel you’re chartering—power or sail—I wish you and your family a life-changing (for the better) experience.

From Jon H.: Hey Teeka, just read your most recent update on the crypto market. I can see how excited you are for your vacation on the boat with the family. Just wanted to say I am excited for you and hope it all goes well. I, too, have had a dream of sailing for the past 30 years. I spent two weeks on a boat in the Bahamas when I was 16 and I was hooked on the freedom I felt. I can’t wait for my crypto investments to help make that dream come true—with your help.

From Paul L.: That Bitcoin Cash hard fork is “forking up the markets.”

Send us your questions or comments right here…

These strange, new kiosks are expected to be deployed by officials in 11 states…

And no… it’s not a new type of ATM, voting machine, or bitcoin exchange station. You can get the full story here. 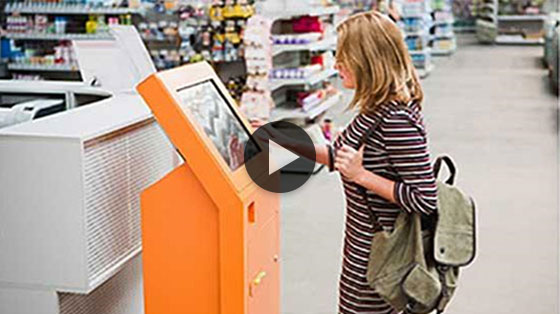