But gamers aren’t causing the markup for the GeForce GTX 1080 Ti and Radeon RX Vega 56.

The new demand is coming from cryptocurrency miners. And the competition between the two groups is fierce.

According to Tom’s Hardware, an independent product review service:

The sudden increase in cryptocurrency mining has pushed the price of graphics cards through the roof. Popular favorites of cryptocurrency miners have all doubled if not tripled in price—and that’s just when you can actually find them in stock at all.

When there’s a large imbalance in the market like we’re seeing with GPUs, we take notice here at the Daily. These types of shortages often lead to profit opportunities.

And today’s opportunity is in the semiconductor industry. It’s a stealth “backdoor” way to potentially profit from cryptocurrency’s Second Boom…

Another Tailwind for Semiconductor Companies

Semiconductor companies make microchips. The chips are like the “brains” of electronic devices.

You see, these chips go into all types of electronic devices—from computers, to smartphones, to garage door openers.

And according to market forecasts, there will be over 75 billion smart devices by 2025. (That’s up from just 8.4 billion connected devices used in 2017.)

That averages out to more than 12 devices per man, woman, and child across the globe.

But now, semiconductors are getting another tailwind. This time, it’s from cryptocurrency miners…

GPUs are powerful processors. That’s why gamers like them. They render complex images quickly on screen.

Mining is a complex process… So, I’ll just go over the basics here.

The miner who validates a transaction first receives a reward in cryptocurrency.

Mining fees can be very lucrative. For instance, the miner who solves a bitcoin transaction first receives a reward of 12.5 bitcoin (at today’s prices, that’s about $114,625).

But mining cryptos uses a lot of processing power. According to one estimate, a single bitcoin transaction uses enough energy to power 26 U.S. households for a day.

That’s why miners are snapping up super-fast GPUs like the GeForce GTX 1080 Ti and Radeon RX Vega 56. They use them in their powerful computer rigs to help validate transactions.

Now, crypto mining is a relatively new phenomenon. So, there aren’t many figures out there on exactly how many miners there are. (We’ve seen estimates range from as low as 5,000 to as high as 500,000.)

And the transaction volume is up even more.

But now, the cryptocurrency market is about to enter a second phase. And this will be bullish for semiconductor companies…

A new wave of money is about to hit the cryptocurrency/blockchain space this year.

Palm Beach Confidential editor and world-renowned cryptocurrency expert Teeka Tiwari told me recently that this flood of money will come from institutions. He calls it the Second Boom:

Last year, according to investment analytical firm PitchBook, there were 377 deals done in the blockchain space. Already in the first two months of 2018, there were 138 completed deals. That means we’re on pace to see about 800 deals this year—more than double the amount of deals from last year.

This is going to lead to an absolute explosion in the technology.

Teeka told me the Second Boom could unlock $5 trillion of new money into the crypto market.

The best way to play the Second Boom is to follow Teeka’s advice and buy a select group of cryptocurrencies. But I realize that cryptos aren’t for everyone. They’re difficult to buy and are super volatile.

A less volatile way to add this trend in your stock portfolio is to buy the VanEck Vectors Semiconductor ETF (SMH).

The fund holds the world’s largest GPU companies, including Nvidia (NVDA), Advanced Micro Devices (AMD), and Intel (INTC), which is rumored to be entering the GPU market soon.

If you want a safe, backdoor way to play the Second Boom in cryptocurrency, you should consider buying SMH today.

P.S. An ETF is a safe way to play the crypto trend. But if you want to make life-changing gains, you’ll need to buy select cryptocurrencies.

And no one in this field knows more about cryptocurrencies than Teeka. Anybody who followed his advice could have pocketed rare and extraordinary gains of 1,140%, 11,004%, and even 14,354% in as little as six months.

Teeka just returned from a three-month worldwide investigation into the Second Boom… and he says it could be even bigger than the first.

Teeka told me that he wanted to get this message to you right away. So, he asked our publisher to hold an emergency broadcast tonight at 8 p.m. ET. And he’s rushed from his island location to deliver this message live from our headquarters.

You can register for tonight’s free event right here…

Teeka, I have followed you over the years and want to thank you for all the great advice you have given. It has helped me grow my portfolio. I’m only sorry I did not follow your crypto advice earlier. Although I am down on the current cryptos, I have full confidence that we will do great. So I’m hanging in there.

Before this last cryptocurrency plunge, my portfolio was worth over $1,100,000! I joined your program in February 2017, investing just under $20,000 in your suggested cryptos throughout the year, eventually playing with house money after 2 months. I’m not a professional investor, only had a savings account and scared to death to invest. My goal was to make $1 million in 10 years for retirement. Never in my wildest dreams did I believe your program would turn my goal into reality within 1 year.

Since the market slowed down, I’m looking back on your crypto suggestions/1 year predictions for the last year. There are so many that happened and some are still in the making. Every prediction has come true, there is no fluff with you. This is why my portfolio grew 5,455%!

Thank you for putting the time and energy into your research and sharing with your members. I would not be in this position if it weren’t for you, and of course, your awesome team who made it easy for us. They have it all laid out… the legit exchanges, wallets, tokens, and of course keeping us abreast with updates. Not only have you made it easy for me to make money, but with little worries that I could lose it due to not using the proper tools/resources to buy, trade and secure cryptos. I can’t thank you and your team enough. Thank you for making an extraordinary portfolio for ordinary people!

Have you profited from Teeka Tiwari’s crypto investing advice this year? Where do you see the crypto market headed for the rest of 2018? Let us know, along with any other questions or comments, right here…

And don’t miss Teeka’s live webinar tonight at 8 p.m. ET. In it, he’ll talk about why the crypto market could be on the verge of a “second boom”… even bigger than the first.

This is one of your last chances to reserve your seat. Click here to sign up for the free event now.

A new faction of the Deep State has infiltrated the U.S. government. Known as the "Oathkeepers," these 28 people serve greed and big financial institutions at the expense of the American people.

But there are ways to dodge the problems they’re sending our way. And what’s more, there are specific ways to profit as these new insiders warp the financial markets. Click here to learn more. 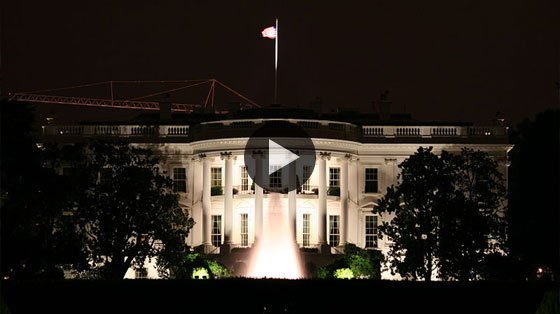