Nick’s Note: Today, we have an important essay from longtime PBRG friend Porter Stansberry, who believes a bubble has formed in the bond markets. He explains what he believes led up to it… and how you can protect yourself if it bursts.

If you haven’t noticed, a historic mania has developed in the world’s bond markets.

Central banks have pushed so much new money into bonds (in an effort to manipulate interest rates lower) that corporate bonds have begun trading with negative yields, meaning that corporations are now being paid to borrow.

This, as you might realize, makes absolutely no sense. Sooner or later, it’s going to cause catastrophic problems with the world economy—perhaps even the collapse of the entire financial system.

I hope you’ll print out today’s essay, read it carefully, and continue to monitor a few of the data points I detail below. What I’ve written here is a guide to understanding how this incredible global mania will end… and when.

Remember, CDSs were the instruments that a few investors used to make billions of dollars when the mortgage bubble burst almost 10 years ago. And I think we’ll soon have another chance at those types of profits.

The last time I saw the markets with this kind of clarity was June 2008.

That’s when I penned what’s perhaps the most famous issue of my Investment Advisory newsletter (or any newsletter). The headline gave it all away: “Freddie Mac and Fannie Mae Are Going to Zero.”

In that letter, I explained why the world’s two most important mortgage banks (Freddie and Fannie) were certain to fail. I showed why rising mortgage-default rates would also cause at least Lehman Brothers, Citigroup, and Merrill Lynch to follow suit.

And I warned that virtually the rest of the entire global financial system could follow. I didn’t mince words…

Fannie Mae and Freddie Mac, the two largest and most leveraged owners of U.S. mortgages, are sure to go bankrupt in the next 12 months…

I recommend you sell an equal amount of each stock short.

About a month after I published my report, Hank Paulson, the U.S. Treasury secretary at the time, officially denied that Fannie and Freddie were in peril, claiming both firms were “adequately capitalized.”

Rarely has a bigger lie ever been told—Paulson’s was a $5 trillion fib.

The entire financial system imploded about 90 days later, wiping out even AAA-rated collateral, not to mention wiping out Fannie and Freddie. Remember: The government has always lied about every “financial crisis,” including what’s happening in Europe right now. And it’ll certainly lie about the next one, too.

Nine months after I warned Fannie and Freddie would fail, not a single leveraged U.S. financial institution would have survived without the explicit backing of the federal government.

Trillions of dollars were ginned up in an alphabet soup of bailout plans. In about a year, the world had turned upside down, from the supreme confidence of the stock market’s highs in November 2007 to the biggest panic since at least the Great Depression.

It will happen again. Soon.

As I’ll detail in today’s essay, rising default rates on corporate debt, along with a sharply slowing global economy, will one day cause a new wave of panic in the financial markets.

I’ve been warning about these trends since they first appeared in mid-2014. Longtime readers will be familiar with the themes and data I summarize below.

I want to talk about what you can do to position yourself to profit from these trends safely. I’m not talking about “betting the farm” that you can nail the timing of the next big market turn.

I’m only talking about setting up a portion of your portfolio so that when the huge wave of corporate credit defaults hits, your portfolio will be well-protected—insured, if you will—against losses.

The real opportunity you have today isn’t just the clear trends that have emerged or the ridiculously large number of vastly overleveraged corporations.

The real advantage we have today is that insurance against corporate defaults is cheaper than it has ever been before.

The same trends that created the bubble in corporate bonds have also warped the market for equity options, driving the Volatility Index (“VIX”)—which reflects the price of options—near all-time lows. 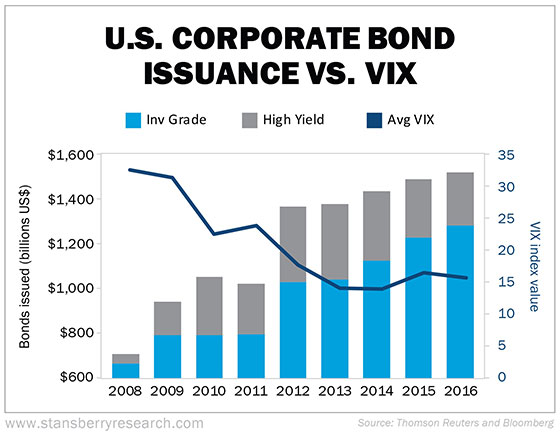 Even if I had been clever enough to recommend puts on Fannie and Freddie in June 2008, establishing that kind of position would have been extremely expensive.

Following the Bear Stearns bailout of March 2008, the VIX remained elevated throughout the year. And by late 2008, the VIX was trading at historic highs above 80. (Today, the VIX is at the all-time low of around 10.)

This is very important to understand… Our opportunity in my new “Big Trade” only exists because, so far, the obvious risks in the global bond market aren’t being priced into the options market.

This dichotomy—a huge bubble in bonds and historically low options prices—creates our opportunity. It’s an even bigger opportunity than the one I saw in 2008.

A Much Bigger Problem

Back in June 2008, the $9 trillion U.S. mortgage market blew up. Losses on mortgages, which reached almost a 10% annual default rate, sent shrapnel across the world’s financial system and nearly destroyed every leveraged financial-services firm in the developed world.

But today, we face a much, much bigger problem.

These obligations include more than $1.5 trillion worth of junk bonds. Annual default rates of around 15% are typical for junk bonds at the peak of a credit-default cycle (more on this later). 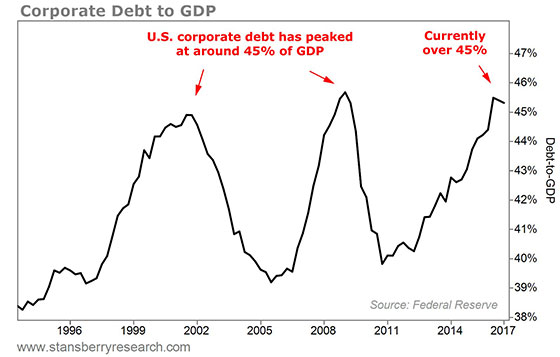 This cycle is likely to be far worse than average.

Thanks to the government’s 2008–2009 intervention, we haven’t gone through a legitimate market-clearing cycle since 2002.

Bond market veterans are expecting something around $1.5 trillion in defaults through 2021—or about three times more in defaults than we saw in the mortgage crisis.

To see the coming endgame clearly, you have to think about the actions taken by the world’s central banks. Year after year, since the early 1980s, central banks have made capital cheaper and cheaper.

That has sent the yield on benchmark debt (like the 10-year U.S. Treasury) near all-time lows. In many places around the world (Japan and Europe, for instance), capital isn’t merely cheap—it’s free or even paying a negative yield.

That’s a world turned upside down.

Nick’s Note: Nobody knows exactly when this bull market will end. But eventually, the bubbles forming in the oil markets and in the student- and auto-loan markets will pop. And a specific group of companies—what Porter has dubbed “The Dirty Thirty”—is in real trouble. If these companies go down, Porter believes he’s found an idea that will make you 10 to 20 times your money. Get the details here.

Our colleagues over at Agora Financial have just released a BRAND-NEW investment strategy designed to make you more than 10x your money… with regular stocks… in UNDER 24 hours. Click here or the image below to see their free presentation… 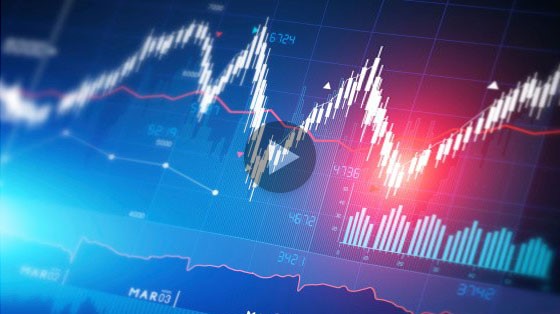