Nick’s Note: In yesterday’s Daily, PBRG co-founder Mark Ford shared his goal-setting program for the new year. Today, he concludes with the most important steps to ensure you achieve your goals in the upcoming year.

Before we get to Mark’s essay below, I wanted to give you a brief market update…

The market was unusually volatile on Monday.

During the week of the Christmas holiday, the market is generally calm because traders take a vacation. But this year, it looks like some traders are trying to take advantage of low liquidity.

Despite the rockiness, the market is still in a long-term uptrend… for now.

As you can see in the chart below, the S&P 500 is right against its nine-year uptrend line. So I’m hanging in there… But if you’re nervous with the current volatility, there’s nothing wrong with sitting on the sidelines and holding cash for now.

Most ambitious and successful people set goals and use task lists. I’ve seen those task lists. They’re usually handwritten on lined paper—pages and pages of “things to do” with no way to sort out what’s important.

I used to do that. But I was never able to accomplish my important, long-term goals that way.

I doubt those people do, either.

The time-management system I use now is more detailed. When you see it, you might think it’s obsessive-compulsive and nerdy—definitely not something truly bright and cool people would do.

Since starting, I’ve accomplished a number of things I would never, ever have done otherwise. I:

I was very busy. And I made loads of money.

But my life was speeding by without any hope of being able to look back and think, “I did what I wanted to do.”

Have you truly done what you wanted to do?

Place a Priority Stake on Your Goals

To be more productive—and achieve more at work and in your personal life—you must place a “priority stake” in long-term goals that correspond to your core values.

Then, work backwards to establish year­ly, monthly, and weekly objectives.

Let’s say a long-term goal of yours is to become conversational in Portuguese. You must first pick a day—sometime in the future—when you hope to meet your goal. Mark that date down. Then, work backwards.

You might find you must learn five new verbs and 10 new nouns. You are, in effect, setting and keeping a pace.

Based on your weekly objectives, create daily task lists. And then, here’s the key: You must make it a mission to complete each daily task.

But if you want to really change your life, you have to learn how to prioritize your long-term goals, relative to everything else in your life.

The most important lesson I learned came from author Stephen Covey’s book The 7 Habits of Highly Effective People. Covey presents a technique for prioritizing that impressed me… and became a central part of my planning process.

In the “non-important and non-urgent” category, you’d put things such as:

In the “non-important, but urgent” category, you’d include:

In the “important, but non-urgent” category, you might include:

When you break up tasks into these four categories, it’s easy to see you should give no priority at all to “non-important and non-urgent” tasks. These tasks should not be done at all. They’re a waste of time.

Yet, many people spend a lot of time on them. That’s because they tend to be enjoyable and easy to do… in a mindless sort of way. People are afraid to get to work on important tasks because they’re afraid of failure.

They should’ve been dealt with long before they reached the crisis stage.

Do the Most Important Work First

When it comes to personal productivity, we all have the chance to have good days or bad days.

If you want to have a better life, fill it with good days. The best way to do that is to organize your day according to your personal priorities and do the most important things first.

It’s easy to do, yet most people don’t.

Eighty percent of the people I know—including all the intelligent and hardworking people I work with—do exactly the opposite.

They organize their days around urgencies and emergencies—taking care of last-minute issues that should’ve been addressed earlier. Or they complete tasks that help other people achieve goals—while ignoring their own.

Doing first things first is a very simple discipline. But its transformative power is immense. It can change your life—literally overnight.

It changed my life. Several times, in fact.

It’s the single best technique I know for change.

And it’s the fastest and easiest way to turn your life around if you’re not happy with the way it’s been going so far.

Here’s how your New Year’s pledges fit into the goal-setting system:

I can’t tell you how many people I’ve worked with this year who couldn’t accomplish what they wanted… because they were using some modified, watered-down version of this system.

A simple “to-do” list will NOT work. You have to use my system—incorporating important, but non-urgent life goals—into your daily tasks.

So today, I’d like you to spend the entire morning advancing further toward meeting your objectives.

Start by making a daily task list of only those objectives. Assign each one the amount of time you think you can devote to it, and then get to work.

Take no unnecessary phone calls. Keep your office door closed. Get at least 15 minutes of additional work done on each item. When you’re done, take a break. Reward yourself with a walk around the block, a cup of tea, or a shot of booze.

Well, maybe you should hold off on the booze…

For the past 26 years, Jeff Brown has been a member of Silicon Valley’s “in” crowd.

He’s invested in 102 private deals… And served at an executive level for some of the most successful tech companies in the world—including Qualcomm, Juniper Networks, and NXP Semiconductors.

He gets to see what’s happening behind closed doors in Silicon Valley long before the general public. Today, he says there’s a new tech breakthrough that’s about to take America by storm.

Most people have never heard of it. But Jeff predicts that it will become the biggest investment story of 2019. 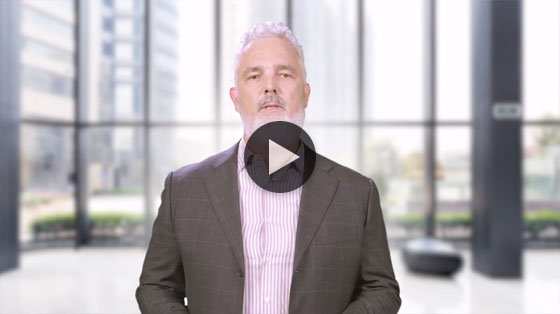