Quick question: Can you name the five biggest U.S. companies in 2017 by market capitalization?

Take a moment to think about it…

Did you guess General Electric (GE)?

That would have been a good choice seven years ago. But the 125-year-old industrial conglomerate founded by Thomas Edison has fallen out of the top five since then.

How about JPMorgan Chase (JPM)?

The most valuable financial institution in America seems like another great choice. But the 217-year-old bank isn’t on the list anymore, either.

This 147-year-old oil giant was once so profitable that in 2007, Congress considered putting an extra tax on its profits. But no… it’s no longer in the top five.

If any company should be in the top five, it would be the country’s biggest retailer and largest employer (with 1.5 million workers).

In a moment, we’ll show you which companies are currently in the top five. And we’ll also tell you how they’ve upended the old titans of industry.

It’s the latest big idea we’re sharing with you in the Daily to help you get richer every single day.

The New Kids on the Block

Without further ado, here’s the list of the top five largest U.S. companies by market capitalization.

These are all young companies. Microsoft is the oldest at 42 years. And Facebook is the youngest at 13. They have an average corporate age of 28 years.

Compare that to the top five companies in 1990. These companies had an average corporate age of 98 years at the time.

So how have these new kids on the block knocked off the old guard?

They’re all using a revolutionary business model called the “platform.” And this new model is a game changer.

The Old Model vs. the New Model

For centuries, most companies used a “linear” business model.

It was a simple approach to business. A company made a product and sold it to a consumer.

It didn’t matter if the business made cars or shoes. It grew one customer at a time.

The business model of the future is called the platform company.

Alex Moazed and Nicholas Johnson are the authors of the groundbreaking book Modern Monopolies.

They define a platform company as one that allows “consumers and producers to connect with each other and exchange goods, services, and information.”

Here’s another way to think about a platform company…

Imagine you run a construction site. The platform on the site can lift multiple people at once while allowing them to work on different projects simultaneously.

The same is true in business.

Take Apple for example. Its iPhone allows developers to build apps on its iOS operating system… and then sell those apps to customers via its App Store.

Facebook’s platform allows people to build online communities and share them. And Amazon’s platform provides an online “market” for buyers and sellers.

The platform provider doesn’t necessarily sell a product or provide a service. It creates value by providing a space where people can connect and make transactions.

This new model is completely disrupting the old linear model.

A successful platform company will grow exponentially until it’s nearly a monopoly.

And we’re already seeing this happen…

Facebook is taking over the social media space. That’s because when a person signs up to use the website, they’re not just connecting with one person. They’re potentially connecting with all of Facebook’s billion-plus users.

The same thing is happening with Amazon. If you sell shoes or cars on the platform, you have the potential to make millions of connections.

This ability to scale exponentially will eventually make the linear business model obsolete.

Now, it’s not too late to invest in the five platform companies listed above. They still have plenty of room to grow.

In fact, one of them will be the first $1 trillion company in America. More on that tomorrow…

P.S. I just recently spoke to Alex Moazed and Nicholas Johnson—co-authors of Modern Monopolies. And they told me which platform company they think will be the first to cross the $1 trillion mark. Stay tuned…

Meanwhile, below is my May Elite 25 portfolio update. I’m happy to report we beat the S&P 500 again…

For those who are new to the portfolio or need a refresher, our Elite 25 is made up of companies that have a high return on invested capital (ROIC), high growth, and are cheap. Palm Beach Letter subscribers can read our Elite 25 special report right here.

If you’re not a PBL subscriber, you can read more about the portfolio here.

Each month, we update our Elite 25 portfolio. We remove stocks that are too expensive and replace them with new stocks that meet our three criteria for elite status.

May Update: The Elite 25 had another successful month in April. The portfolio was up 2.2% while the S&P 500 returned 1%.

Once again, our best performer was Qiwi (QIWI). The Cyprus-based payment operator is firing on all cylinders. And it’s attracting the attention of institutional investors.

In April, JPMorgan raised its price target on QIWI to $23 (about 25% above current prices) and Credit Suisse initiated coverage.

This month we have two buys and two sells.

We’re removing Verisign (VRSN) and HNI (HNI). And we’re replacing them with Argan (AGX) and Robert Half (RHI).

From Bill T.: Teeka [aka: The Doctor!]… He’s fixing to make us some money. Thank you for last night! A lot of work went into that. For what it’s worth, live webinars seem tricky with so many moving parts. I wonder if a pre-recorded version would be a better use of everyone’s time? By the way, your videos are pure GOLD. They answer a TON of questions in a short amount of time.

You’re not charging enough! We all REALLY APPRECIATE your extensive, ground-breaking work.

From Scotty J.: This is to let Teeka know how much I appreciate what he does for us. When you initially offered the Infinity membership, I thought that it was a lot of money. Since then, the advice that I’ve received has made my money back many times over.

But back to Teeka. He obviously loves what he does but it must be exhausting. I feel for him when members ask the same questions over and over again. So thank you to Teeka for all you do for us. Please don’t leave PBRG anytime soon.

From Mitchell F.: I want to thank you for your outstanding effort to educate many of us regarding cryptocurrencies. Your “how-to” video guides are quite adequate. I was very frustrated with Coinbase and literally tried well over 100 times before my verification was finally accepted.

I don’t think I ever could have done that without your guidance and help. Keep up the fantastic work and effort to help the rest of us be wise and see potential profits where many would never look.

But for better or worse, there’s one investment that could soon skyrocket as a result of these tensions.

In fact, we expect you could see 200% gains in the next several months… if you get in now.

Get the full story here… 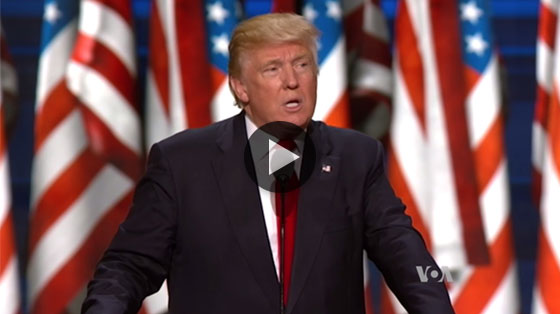