INDIANAPOLIS—When you walk into Sully’s Bar & Grill, the smell of last night’s beer hits you right away.

Jokes are followed by plenty of laughter. And baseball games blare on the television.

We stopped by Sully’s to talk to the average guy. And you’ll find plenty among the regulars here. It’s the typical working man’s bar—a place where everyone knows your name.

And what better place to go than the Hoosier State. It’s ground zero for factory closings:

To get an idea of the mood in the area, we dropped in on Sully’s. It’s a favorite watering hole of the locals. Besides, it was $1 domestic bottle night…

We got to Sully’s at 4 p.m., right as happy hour was starting. And the crowd was already filtering in. We sat down and got to work on the first $1 beer we’ve had in years.

(You’d be hard-pressed trying to find a $1 beer in swanky South Florida, where our headquarters are located.)

After downing a Coors Light, we asked the bartender, Tammy Jo, how business was going. Her answer surprised us: 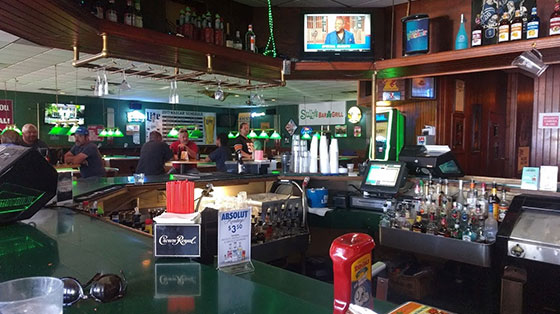 Despite the factory closings, Tammy Jo said the bar was full most nights. And business at the grill was booming, too. Takeout orders from local businesses are up.

(She did bitterly complain to us about a smoking ban the city enacted four years ago. Not being able to smoke inside was the only thing keeping people away, she said.)

We’re on the ground in supposedly one of the most distressed manufacturing areas in the country… And the biggest complaint is about a smoking ban.

We think this is a sign that the economy is well. And that means the market still has room to run higher.

In the Daily, our goal is to help you get richer every single day. So we’ll show you one of our favorite ways to make money in this type of environment.

But first, some interesting views from Sully’s regulars…

Despite the news about the recent layoffs, no one at the bar was worried about losing their jobs. In fact, they said if they were fired, they could find another job right away.

That’s not what we expected to hear.

We expected to find blue-collar laborers scared about their jobs going to China and Mexico.

If any people should be worried about the offshoring of U.S. jobs, it should be the folks in Indianapolis. After all, factories are closing left and right.

But that doesn’t seem to be the case.

Intrigued by what we heard, we left the bar and drove around town to see what was going on. And we could see why the guys at Sully’s weren’t so concerned.

Between the Rexnord and Carrier plants, Amazon just opened a huge fulfillment center. There are dozens of “Now Hiring” signs around the area… We lost count of how many. 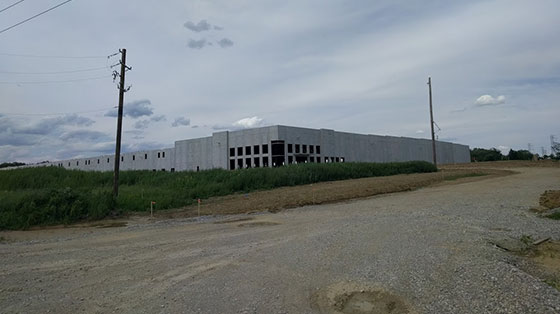 A new warehouse under construction near the Indianapolis airport

What we saw made us full believers of an industrial renaissance in the United States.

Warehouses are popping up around the area. They’re hiring. And that’s good news for the market.

Ignore the Doom and Gloom

From our vantage point, this “struggling” region isn’t really struggling at all. The overall U.S. economy is stronger than it may appear—even in the Rust Belt.

Last week, the U.S. Bureau of Labor Statistics released its monthly jobs report. And although job growth slowed slightly in May, the national unemployment rate hit 4.3%—a 16-year low.

That’s another sign the economy is growing. And a growing economy will propel the market higher.

So don’t pay attention to the doom and gloom out there. If you’re still on the sidelines, get off and buy some stocks.

If you need to start somewhere, look no further than our Elite 25.

It’s full of quality companies that have outperformed the S&P 500 over the past 20 years. Our June update is below.

May was a rough month for the Elite 25.

National CineMedia (NCMI) lost over a third of its value after a bad earnings report. And Foot Locker (FL) lost a quarter of its value on poor earnings.

That’s nothing to be worried about. No system outperforms the market every month. We’ll take our lumps and move forward to a better June.

If the economy continues to improve as we expect, the Elite 25 will perform better next month.

Remember, we’re in this for the long term, and it won’t be a straight ride to the top. So don’t sweat a few bumps along the way.

There’s only one change in the portfolio this month: We’re selling Skyworks (SWKS) and buying AutoZone (AZO).

[For those who are new to the portfolio or need a refresher, our Elite 25 is made up of companies that have a high return on invested capital (ROIC), have high growth, and are cheap. Each month, we update our Elite 25 portfolio. We remove stocks that are too expensive and replace them with new stocks that meet our three criteria for elite status.

Palm Beach Letter subscribers can read our Elite 25 special report right here. If you’re not a PBL subscriber, you can read more about the portfolio here.]

At first glance, this is a bad sign for the gold sector. Gold stocks tend to lead the metal. And the sector always does better when gold stocks are rallying stronger than gold itself.

So last week’s underperformance in gold stocks could be a “caution” sign for an impending decline in the price of gold.

Or… it may not be that simple.

If gold stock underperformance occurs when the GDX/gold ratio is high, then look for the price of gold to fall.

On the other hand, if the GDX/gold ratio is low while gold stocks are lagging the metal, then odds favor the stocks rallying to catch up with the metal.

For the past six months, this ratio has traded between 0.0168 and 0.0205. Last Friday, the ratio closed at 0.0178—near the bottom of the recent trading range. Gold stocks are already trading relatively low compared to the metal.

So while the chart displays weakness in gold stocks—which is usually a bad sign for the metal—the ratio is low enough that much of any potential damage is already priced into the sector.

The blue lines are downtrending resistance lines. The chart needs to break above those lines in order to signal a new rally phase in gold stocks.

Yes… gold stocks are currently underperforming the metal. That’s usually a caution sign for gold. But the underperformance is happening while the GDX/gold ratio is already near the bottom of its recent trading range. So gold stocks have likely already discounted the potential for a pullback in the price of gold.

If the ratio turns higher from here—and if it can break above the current downtrending resistance line—then gold stocks will likely enter a new short-term rally phase.

I’m not willing to bet aggressively on gold stocks until the GDX/gold ratio breaks above resistance.

But I continue to like the idea of slowly adding exposure to the gold sector on weakness. Last week’s action gave us a good chance to do just that.