It was the day the world changed…

The bank was founded in 1965 by the merger of two smaller British banks.

In 2000, the FTSE 100 Index added Northern Rock as one of Britain’s 100 biggest companies based on market capitalization.

At the time, it owned 8% of the mortgage business in the country.

But many of its mortgage loans were subprime—meaning they were extremely risky. Those loans were packaged into so-called mortgage-backed securities (MBSs).

By 2007, the $1.8 trillion MBS market was on the verge of collapse. And that sent Northern Rock into a tailspin.

Northern Rock marked the date as “the day the world changed” for the bank.

A month later, the Bank of England had to step in and throw the company a $32 billion lifeline from British taxpayers. Five months after the bailout, Northern Rock was nationalized.

The collapse of Bear Stearns helped trigger the housing crisis in America… and led to the Great Recession of 2008.

Here’s why we’re telling you about Northern Rock…

Another foreign bank is having similar problems. And if it fails, the contagion could spread across U.S. borders just like Northern Rock did back in 2007.

How the Mortgage Fraud Crisis Unfolded

In the past, when banks loaned someone money for a house, they made profits from the interest the homeowner paid on the loan.

Today, that’s no longer the case. The 4% interest banks charge on mortgage loans doesn’t cover the risk of default by the homeowner over the next 15–30 years.

Banks found a way to get around this. They “securitized” loans and sold them to investors as MBSs.

According to a report in The Wall Street Journal, the global market for these securities reached $1.8 trillion at the height of the real estate boom.

Here’s how they work…

Investors pay the lender a fee for originating the loan. The more loans the lender makes, the more it collects in fees. And since the mortgage lender no longer holds the loans, there’s no incentive to make sure the homeowner can pay off the mortgage.

Credit rating agencies gave these securities a prime credit score (AAA), meaning they were low-risk. So there were a lot of takers for MBSs.

This gave lenders a perverse incentive to cheat on mortgage applications. They got paid to make the loan… not on the collection. Investors unknowingly took on all the risk.

Northern Rock was an aggressive seller of these subprime mortgages.

Eventually, investors caught on and started selling Northern Rock loans. That triggered a sell-off in the entire MBS market and plunged the banking sector into a crisis.

Today, we’re seeing a similar scenario unfold. This time with one of Canada’s biggest subprime lenders.

The Tip of the Iceberg

According to the Canada Housing Trust, there are $169 billion in outstanding MBSs in that country. To stem a bank run, HCG had to take out a $2 billion emergency loan. The bank’s credit rating was downgraded twice in one week on the news.

HCG’s looming collapse might not appear to be a big deal to Americans. But you’d be wrong to think that.

U.S. funds hold almost 20% of the MBS market in Canada.

If the Canadian market tanks, the contagion could spread to U.S. financial institutions… just like Northern Rock did in 2008.

That would set us up for the Great Recession 2.0.

Meanwhile, avoid Canadian mortgage lenders, homebuilders, and developers. And we’ll let you know if the contagion spreads to any U.S. companies.

Blockchain Is Music to Their Ears: In 2015, online music streaming giant Spotify was hit with a $150 million suit for allegedly failing to pay license holders of music content. Lawsuits like these are major problems for streaming services because they can’t always track royalty payments. And these royalties are a major source of revenue for the music industry. A recent report found that streaming services account for 11.4% of the industry’s $7.7 billion in revenues.

To avoid the lawsuit problem, Spotify recently bought a startup called Mediachain. Mediachain uses blockchain technology to track media content. Spotify plans to use the technology to identify artists and publishers and automatically pay them royalties when someone streams their work. It’s just the latest example of how the blockchain is revolutionizing industries…

Microsoft’s Secret Blockchain Project: According to rumor, it’s called Project Manifest. Little is known about Microsoft’s secret blockchain project other than it would track everything from auto parts to medical devices. But some hints are becoming public. We hear that some major players are jumping on board, including Amazon, FedEx, Target, and Home Depot. Meanwhile, IBM has partnered with Chinese supply chain firm Hejia on its own blockchain trial. Big players and big money are quickly moving into this space. We’ve been sounding the profit alarm for a while now…

Edelman says technology will be a main driver behind the stock market. Regular Daily readers will recognize Edelman’s bullish stance is similar to that of Palm Beach Letter editor Teeka Tiwari. In Sunday’s Daily, Teeka explained why he thinks this bull run could be one of the longest in history. He calls it the Golden Ratio…

Our colleagues over at Agora Financial are showing readers how to instantly generate cash from gold in less than two minutes.

But because of the personal and urgent nature of this video, they will pull it from the web at midnight on Monday, May 22… 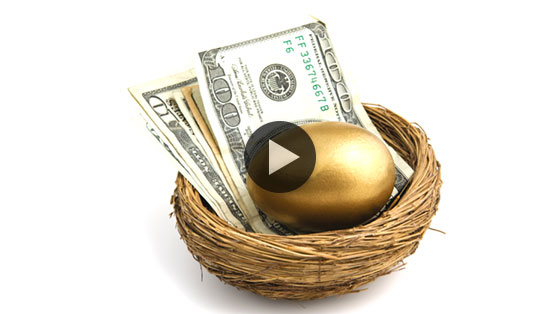