In the 1980s, Barry Rosenstein walked into the office of corporate raider Asher Edelman and demanded a $1 million salary.

Edelman was one of the most tenacious activist investors at the time. Many believe he’s the inspiration for Gordon Gekko’s character in the movie Wall Street.

Edelman later disputed the number… But he knew Rosenstein would make it big, so he hired him anyway.

That’s how Rosenstein got his start as an activist investor. These are guys who buy stakes in companies and push management to make changes they believe will unlock value.

Eventually, Rosenstein wanted to run his own firm. So in 2001, he started JANA Partners. Since then, he’s crushed the market.

JANA has returned over 12% annually to investors. That’s nearly double the return of the S&P 500, which has averaged 6.6% over the same span.

Today, JANA manages about $5 billion in assets. So when Rosenstein invests in a company, he takes a large position.

Most investors find out about these large moves after the fact—when there is far less profit potential.

But oftentimes, these whales leave some tracks—if you’re savvy enough to find them. And if you follow them, you can ride their moves higher and higher…

Where to Find Whales

The SEC calls it a 13F filing. It requires large funds to disclose the stocks they own 45 days after every calendar quarter.

JANA’s latest 13F filing on August 14 showed Rosenstein placed a stake in mobile-food company GrubHub (GRUB) in the second quarter of 2018. So if you had bought GRUB on that date, you’d be up about 9%.

Not bad for a month-and-a-half.

But what if you had put GRUB in your portfolio before JANA’s 13F filing? If you had done that, you’d have ridden the stock to much higher gains.

Jason is the editor of our newest service, Palm Beach Trader. In the office, we call him our Wall Street insider.

That’s because Jason spent years as a trader at New York firms such as Cantor Fitzgerald, where he handled numerous multimillion-dollar trades for large institutional clients. When it comes to big institutional buying, he knows a thing or two.

After Jason left Wall Street, he created a proprietary system that scans over 5,500 stocks every day… It’s fine-tuned to target high-quality stocks that large institutions (the “whales”) are likely scooping up by the bucket.

His system picked up GRUB on June 28—more than a month before JANA Partners announced its position. The stock is up nearly 31% since Jason recommended it, more than triple what you would’ve made buying it right after JANA’s 13F filing.

So how did Jason spot this whale before it surfaced? Here’s what he told me about finding whales:

When multibillion-dollar hedge funds are ready to buy a stock, it takes days or even weeks for them to fill their whole position. Quite often, these guys would need to trade 20–30% of a stock’s daily volume to initiate a position. If they did that, they’d move the price of the stock too much and draw attention to the action.

So they buy in smaller lots, adding to their positions day by day. That gives us time to jump in and ride the wave higher with the whales.

And they’re not going to turn around and immediately sell a position they just spent weeks on. It’s unusual for them to trade in and out of large positions.

Typically, I’ve found they hold for three earnings cycles, or nine months… Some hold longer… but that seems to be the sweet spot for my system. Plenty of time to ride along.

Jason’s right—that’s plenty of time. My research has separately confirmed this.

Take whale investor David Tepper of Appaloosa Management, for example. If you bought the stocks he released in his fund’s 13F filings, you could have made over 20% per year.

These reports are public record. So if you want to follow the whales yourself, you can review their public filings. But so far, Jason’s system is producing bigger gains… and faster.

His Palm Beach Trader portfolio has 12 open trades, and nine are winners. That’s a 75% batting average. And his portfolio is up 19.8% on invested capital. If he keeps this pace up for an entire year, his portfolio would be up 71%.

If you’re interested in following these whales to profits, click here to find out more about Jason’s Palm Beach Trader service.

One reader takes exception to our Trump Trade War Theory…

From Ethan F.: Trade wars are not dying down. President Trump is majorly screwing up with China and tensions are increasing… both financially and militarily. He has no master plan other than to make sure he has enough TVs to watch himself on every news program.

From David W.: Hello, Big T and William. Today, I exited one of your trades for a gain of 85%! I’m also up 28% on another of your recommendations. Nice! I think I’m going to like this style of investing!

From Anita J.: Thanks, Teeka, for the free bitcoin I received from PBRG… and for assisting me in creating my first wallet. Looking forward to the future of cryptos.

And a few questions about mutual funds…

From Warren D.: I know you can’t give personalized advice… But can you speak in general about how a person can “gain control” of money that’s been in their 401(k) for decades without incurring penalties and taxes?

From Kunal G.: Hi, Nick. I love The Palm Beach Daily. Can you please write an article on mutual funds? For example, how to select them, what to watch for, and the tax implications?

Nick’s Reply: Thanks for the questions, guys. Stay tuned… I have a special series on retirement funds coming soon.

On November 14, the U.S. government will auction off $10 trillion for a new “HyperNet”… and this Silicon Valley insider says he knows who’s going to win…

The HyperNet is 100 times faster than the best internet available in America right now. And major players like Verizon and Comcast are lining up to bid on this new technology. 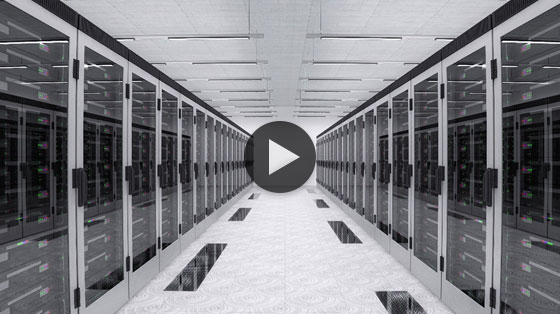