Nick’s Note: The rush of big institutions into the cryptocurrency space is underway. But it’s just not banks, hedge funds, and pension funds doing the buying… In today’s essay, my colleague Greg Wilson says one of America’s oldest institutions is also jumping head-first into this new asset class.

On October 1, Yale University’s endowment announced its results for fiscal 2018.

It finished the year with a 12.3% return. And the endowment’s balance now stands at $29.4 billion—the second-largest in the country, behind Harvard University.

While some other Ivy League universities outpaced Yale’s returns, Yale managed to top rival Harvard, whose endowment returned 10% for the year.

But one year is trivial for endowment investing. These institutions are in it for the long haul.

Yale’s track record over the last 20 years is impressive. Its endowment returned an average of 11.8% per year. Meanwhile, the average return of college and university endowments was only 6.8% per year.

To achieve those returns, the fund has adjusted its strategy over the years. It has shifted from a traditional mix of stocks and bonds to include more alternative assets, including cryptocurrencies.

Yale is a pacesetter when it comes to endowment investing. It’s also the latest example of big institutions flocking into the cryptocurrency space.

Below, I’ll show you why institutions like Yale are changing their asset allocation models to include cryptocurrencies… and why it’s important that you get into this alternative asset class before they do.

In 1985, Yale’s endowment had about $1 billion in assets under management. And over 80% of the portfolio contained U.S. stocks, bonds, and cash.

Swensen has been so successful that he’s known as Yale’s “Warren Buffett.”

His idea was to allocate capital to non-traditional asset classes to take advantage of their return potentials. So he diversified Yale’s investments into venture capital, leveraged buyouts, real estate, and others.

Another good example is professional networking service LinkedIn. Yale invested an initial $2.7 million when LinkedIn was still a private company… and turned that into gains of $84.4 million when the company went public in 2011.

Swensen’s approach has been so successful that Yale has completely flipped its allocation model.

Today, alternative assets make up over 90% of its portfolio. U.S. stocks, bonds, and cash make up less than 10%.

And over the years, other universities—including Harvard, MIT, and Princeton—have adopted his strategy.

The Institutional Wave Is Here

On October 5, Yale announced it was investing in a new venture capital fund called Paradigm.

This is important since Paradigm invests in cryptocurrencies and blockchain technology. And it raised $400 million, although Yale’s investment amount was not disclosed.

Here’s why Yale is getting into cryptocurrencies: bigger returns with less risk.

For Yale, its investment in Paradigm diversifies the portfolio, while also giving it great return potential. In Wall Street terms, Yale can make better risk-adjusted returns.

It wouldn’t shock us if other schools and institutions quickly followed suit.

Palm Beach Confidential editor Teeka Tiwari has predicted for months that institutions will flood into the cryptocurrency space. (For example, see here.)

As a pacesetter in endowment investing, Yale’s contribution to Paradigm is significant. Other schools are watching. And it wouldn’t surprise me to see another university make a similar announcement soon.

The institutional wave into cryptocurrencies is here.

The great news is that you still have time to take advantage today.

If you’re completely new to crypto, I recommend you start with a small investment in bitcoin.

But don’t bet more than you can afford to lose… $200–400 is enough for a small investor to get started.

P.S. To prepare you for the new case for bitcoin, Teeka is rebroadcasting his emergency cryptocurrency briefing with media personality Glenn Beck until midnight tomorrow.

In the briefing, Teeka will show you the blueprint that big institutions are using to steal the biggest opportunity of your lifetime from you.

Whether you’re a crypto believer or skeptic, Teeka will cut through the spin so you can see the truth with your own eyes—and decide for yourself what to do about it…

This “financial genius” from the Colorado mountains is warning seniors and retirees to beware of a new law. There’s a darker truth behind this political event… 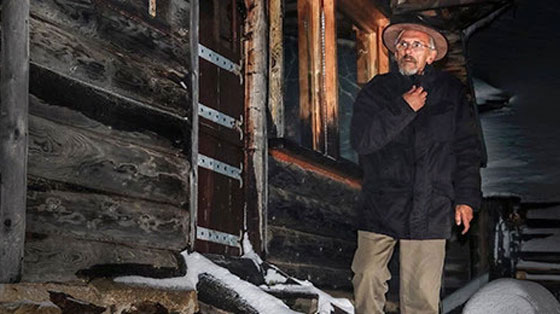